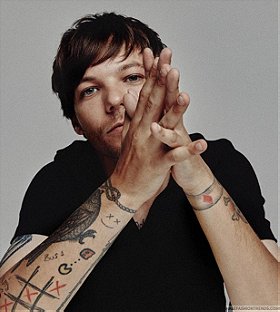 34 votes
When singers/musicians where babies/kids (169 items)
list by ria2u
Published 8 years, 7 months ago 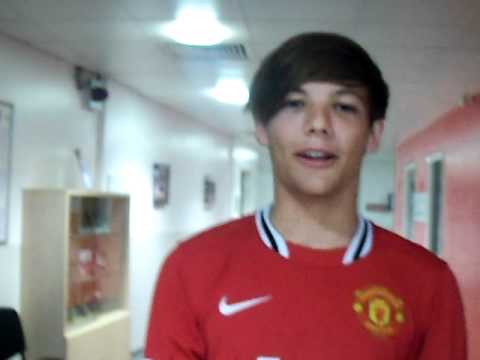 Louis Tomlinson saying hi to our friends at Doncaster 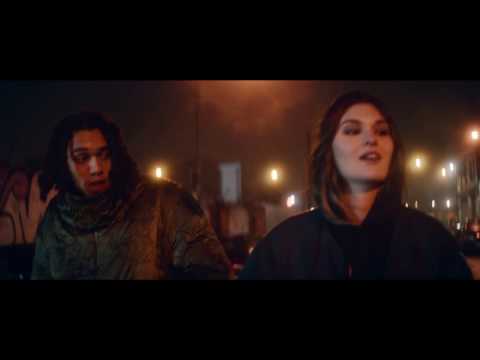 Tomlinson began his career as an actor, initially appearing in ITV drama Fat Friends as an extra. He also went on to appear in another ITV drama film If I Had You and the BBC drama Waterloo Road. In 2010, he became a founding member of the pop band One Direction which went on to finish third in the 2010 series of The X Factor. In 2013, he was signed as a footballer by Doncaster Rovers of the Football League Championship on a non-contract basis.

Tomlinson is from Doncaster, South Yorkshire, England. Born to Johannah Poulston and Troy Austin, his parents split up when he was young and he took on his stepfather Mark Tomlinson's name.

Tomlinson was a sixth form student at Hall Cross School (a state comprehensive school) and a former pupil of the Hayfield School. He failed his first year of A levels at the Hayfield School and ended up going back to Hall Cross and starting A levels again. He had a number of jobs, including at a Vue cinema and at Doncaster Rovers football stadium as a waiter in the hospitality suites. As a student at Hall Cross, Tomlinson appeared in several musical productions. Taking the lead role of Danny Zuko in the Hall Cross musical production of Grease motivated him to audition for The X Factor.

In 2010, Tomlinson auditioned for the seventh series of the singing competition The X Factor. He failed to progress to the "Boys" category at "judges' houses" but, after a suggestion from Nicole Scherzinger, a guest judge, during the "bootcamp" stage of the competition at Wembley Arena, London in July 2010, he was put together with Niall Horan, Zayn Malik, Liam Payne and Harry Styles to form a five-piece boy band, thus qualifying for the "Groups" category. Subsequently, the group got together for two weeks to get to know each other and to practise. Styles came up with the name One Direction. For their qualifying song at "judges' houses" and their first song as a group One Direction sang an acoustic version of "Torn". Simon Cowell later commented that the performance convinced him that the group "were confident, fun, like a gang of friends and kind of fearless as well." Within the first four weeks of the live shows, they were Cowell's last act in the competition. The group quickly gained popularity in the UK.

One Direction finished in third place and immediately after the final their song "Forever Young", which would have been released if they had won The X Factor, was leaked onto the internet. Shortly afterwards it was confirmed that One Direction had been signed by Cowell to a reported £2 million Syco Records record contract.

Propelled to international success by the power of social media, One Direction's first two albums, Up All Night and Take Me Home, released in 2011 and 2012 respectively, broke several records, topped the charts of most major markets, and generated hit singles, including "What Makes You Beautiful" and "Live While We're Young".

Often described as forming part of a new "British Invasion" in the United States, the group have sold over 35 million records worldwide, according to the band's management company, Modest! Management.[20] Their achievements include two BRIT Awards, two American Music Awards, and three MTV Video Music Awards. According to Nick Gatfield, the chairman and chief executive of Sony Music Entertainment UK, One Direction represented a $50 million business empire by June 2012. They were proclaimed 2012's "Top New Artist" by Billboard. Tomlinson, along with his other band members, appeared in an episode of iCarly in spring 2012.

Tomlinson cites Robbie Williams as his biggest influence and idol.[22] In an interview with Now magazine, he said: "I've always loved Robbie. He's just so cheeky, he can get away with anything. His performances are unbelievable." He also admires the recording artist Ed Sheeran, describing him as "phenomenal"

Tomlinson, whose previous football experience had been to play and run his own pub team called Three Horseshoes, had agreed to play in a charity game at the Keepmoat Stadium in his home town of Doncaster to raise money for the Bluebell Wood Charity and was offered a deal by professional football club Doncaster Rovers to join the club on non-contract terms after impressing in the game. The deal was brokered for Tomlinson to be a development player and to participate in reserve games, working around his music commitments with One Direction. He was given the squad number 28 for the 2013–14 season. Tomlinson said of the move: "It's unbelievable really. I have been a massive football fan for a long time and growing up in Doncaster, I've been to plenty of games at the Keepmoat. To be part of the club is incredible." Rovers manager Paul Dickov joked, "He's missed pre-season training and he's having a holiday in America, so we'd better get him over here pretty soon."

On 3 September 2013, it was announced that Tomlinson would make his debut for Doncaster's Reserve team in their Central League fixture against the Scunthorpe United reserve team on 18 September. Doncaster announced that despite the fixture being a reserve game they would be setting up a special ticket line for the match. In the meantime on 8 September Tomlinson played for Celtic in another charity match for Stiliyan Petrov. During the game Tomlinson was injured following a tackle by Aston Villa and England striker Gabriel Agbonlahor which led to Tomlinson vomiting on the pitch and he was substituted straight away. The tackle consequently caused Agbonlahor to receive abuse from One Direction fans on his Twitter account and brought an apology from the player. As a result of injuries sustained in the match, Tomlinson was then forced to pull out of the Scunthorpe match, relegating himself to the bench, but promising that the match would be rescheduled.

His rescheduled debut for Doncaster's reserve side in the Central League came as a 65th minute substitute in a 0–0 game against Rotherham United on 26 February 2014, a charity match in aid of Bluebell Wood Children's Hospice attended by a crowd in excess of 4,000.

Tomlinson's parents, Troy Austin and Johannah Poulston, split when he was a toddler. He is estranged from his father. He has four half-sisters from his mother's second marriage to Mark Tomlinson: Charlotte "Lottie", Félicité "Fizzy", and identical twins Daisy and Phoebe, who had roles as babies in the television series Fat Friends alongside their brother. Mark and Johannah divorced while Louis was competing on the X-Factor. Tomlinson has another half-sister, Georgia, from his father's second marriage.

It was announced in October 2013 that his mother was expecting twins with her fiancé, Daniel Deakin. She gave birth to a set of fraternal twins, Ernest and Doris, on 12 February 2014.

2. Up All Night: The Live Tour

5. Up All Night: The Live Tour
View all Louis Tomlinson movies

Darthmasco added this to a list 1 year, 1 month ago
Capricorn (324 person items)