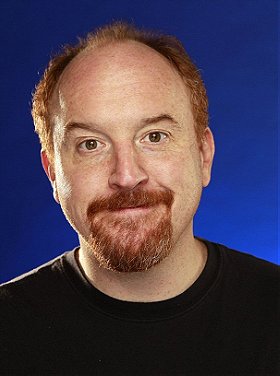 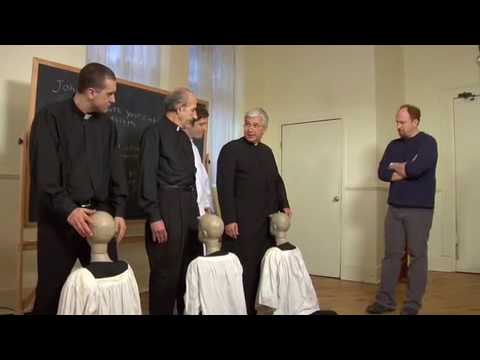 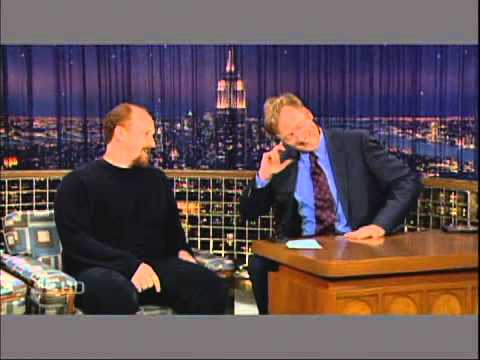 Louis Ck - What you get with a basic life.

C.K.'s stage name is derived from an approximate English pronunciation of his Hungarian surname, Székely (Hungarian pronunciation: [ˈseːkɛj]), and his name is pronounced "Louie See-kay". C.K. was born in Washington, DC, the son of Mary Louise (née Davis), a software engineer, and Luis Székely, an economist. C.K.'s paternal grandfather, a Hungarian Jew, emigrated to Mexico, where he met C.K.'s paternal grandmother, who was a Catholic Mexican of Spanish and Mexican Indian ancestry. C.K.'s father was born in Mexico, while C.K.'s mother is an American of Irish Catholic ancestry, originally from a farm in Michigan. The two met at Harvard University while his mother was completing her degree in a summer-school program. C.K. lived in Mexico City until the age of seven.His first language is Spanish, and he still retains Mexican citizenship.
Upon moving from Mexico to suburban Boston, Massachusetts, C.K. decided he wanted to become a writer and comedian, citing Bill Cosby, Richard Pryor, Steve Martin, and George Carlin as some of his influences. When he was 10 years old, his parents divorced. He and his three siblings were raised by their single mother in Newton, Massachusetts. His mother's watching bad TV inspired him to work with television. "I remember thinking in fifth grade, 'I have to get inside that box and make this shit better' " he told The Observer in April 2005, "because she deserves this. It made me mad that the shows were so bad."
After graduating from Newton North High School, C.K. worked as an auto mechanic and at a public access TV cable station in Boston, while summoning the courage to try stand-up. His first attempt was in 1984 at a comedy club's open-mic night; he was given five minutes of time, but had only two minutes of material. The experience kept him away from comedy for two years. He and Marc Maron reminisced about their early careers and friendship on Maron’s WTF Podcast. C.K. gradually moved up to paid gigs, opening for Jerry Seinfeld and hosting comedy clubs until he moved to Manhattan in 1989.

Louis C.K. first took the stage in 1984 at an open-mic in Boston, Massachusetts, during the apex of the comedy boom. He was so discouraged by the experience that he didn't perform again for two years. As Boston's comedy scene grew, he gradually achieved success, performing alongside acts such as Denis Leary and Lenny Clarke.

Louis C.K. performing in Kuwait, December 2008
In 1989, he moved to New York City. He performed his act on many televised programs, including Evening at the Improv and Star Search. In 1996 HBO released his first half-hour comedy special.
C.K. has performed his stand-up frequently on shows such as Late Show with David Letterman, Late Night with Conan O'Brien, Lopez Tonight, The Tonight Show with Jay Leno, and Jimmy Kimmel Live!. In August 2005, C.K. starred in a half-hour HBO special as part of the stand-up series One Night Stand.
Inspired by the work ethic of George Carlin, the comedian who had committed to dropping all of his existing material and starting over every year,C.K. launched his first hour-long special titled Shameless in 2007, which aired on HBO and was later released on DVD. In March 2008, he recorded a second hour-long special, Chewed Up, which premiered on Showtime Network on October 4, 2008, and went on to be nominated for an Emmy for "Outstanding Writing in a Comedy or Variety Special."
On April 18, 2009, Louis recorded a concert film titled Hilarious. Unlike his previous specials, which had all been produced for television networks, Hilarious was produced independently, directed by C.K. himself, and sold to Epix and Comedy Central after it was complete. Because of this it was not released until late 2010, and published on DVD and CD in 2011. It is the first stand-up comedy film to be accepted into Sundance.
In a 2010 interview, C.K. described returning to stand-up and doing specials after his divorce as a year and a half working "to catch up to" the breakup of his marriage which, although portrayed in the HBO series Lucky Louie as fractious, had nonetheless been central to the show and his life. One element in his preparation for stand-up was training in the boxing gym, including with Lowell, Massachusetts fighter Micky Ward, trying to "learn how to ... do the grunt work and the boring, constant training so that you'll be fit enough to take the beating."
On December 10, 2011, Louis C.K. released his fourth full-length special, Live at the Beacon Theater. Like Hilarious, it was produced independently and directed by C.K., but unlike his earlier work, it was distributed digitally on the comedian's website, forgoing both physical and broadcast media. C.K. released the special digital rights management-free for $5.00, hoping these factors and the direct relationship between the artist and consumer would effectively deter piracy. The end of the film also mentions the release of a new album, recorded at Carnegie Hall the previous year. As of December 21, 2011, the sales of the special from C.K.'s website has earned him over $1 million.[32] The success of the special prompted other comedians, including Jim Gaffigan, Joe Rogan, and Aziz Ansari, to release their own specials with a similar business model.[33] On May 11, 2012, C.K. additionally made two audio-only downloads available for $5.00 each: WORD – Live at Carnegie Hall (and the audio version of his first HBO stand-up special, Shameless), as well as an audio-only version of Live at the Beacon Theater.
C.K.'s fifth one-hour special, Oh My God, recorded at the Celebrity Theatre in Phoenix, premiered on HBO April 13. ... (more) (less)
Tags: Comedian (3), Actor (3), Funny (2), Born 1967 (2), Some Kid At A Talent Show With A Number Pinned To His Shirt (1), Comedy (1), Comedian's Comedian (1), Motorcyclist (1), Louie (1), Parks And Recreation (1), Balding (1), Virgo (1), Ginger (1), Pervert (1), Witty (1), Biker (1), Director (1), Humorous (1), Smart (1), Hungarian (1)
My tags:

PCA added this to a list 4 years, 1 month ago
Comediantes/comedians. (62 funny items)

rose77 added this to a list 4 years, 3 months ago
Celebrities I Dislike (110 person items)

Leo added this to a list 4 years, 11 months ago
Another Top 10 Career Finishing Scandals (10 person items)

kathy voted for an image 5 years, 1 month ago

william maxey 83 added this to a list 5 years, 2 months ago
People...Latino Actors and Actresses (57 person items)

Leo added this to a list 6 years, 1 month ago

Emmabell added this to a list 6 years, 4 months ago