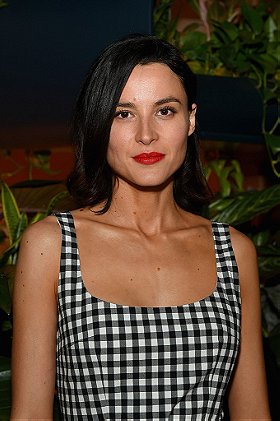 In 1982, Loan Chabanol was born in Paris. Her early years were spent in art classes with artist Bernard Bistes. Discovered at the age of 16, she has been on the covers of magazines such as Elle and Marie Claire. In 2010, she moved to New York to study acting at Lee Strasberg Theatre and Film Institute.

Chabanol got her first feature film role in John Turturro's Fading Gigolo, playing alongside Woody Allen. In 2014, she was cast as Sam in Third Person, a film written and directed by Paul Haggis, with James Franco and Mila Kunis. In 2015, she will appear in Camille Delamarre's The Transporter: Refueled. produced by Luc Besson. ... (more) (less)
Tags: French (1), Actress (1)
My tags:

Razorback voted for 2 images 2 years ago

Peco added this to a list 3 years, 8 months ago
Europeas (204 person items)

django123 voted for an image 4 years, 2 months ago

perod added this to a list 4 years, 6 months ago

TrekMedic voted for an image 4 years, 10 months ago

chance voted for an image 4 years, 11 months ago

Life is Life 6 years ago