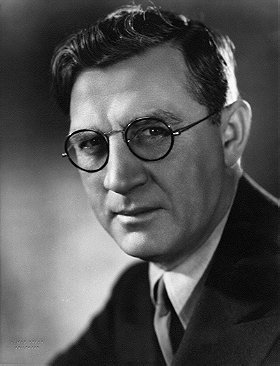 View all Lloyd Bacon pictures
Lloyd Bacon was an American screen, stage and vaudeville actor and film director. He was one of the directors at Warner Bros. in the 1930s who helped give that studio its reputation for gritty, fast-paced "torn from the headlines" action films. With America's entry into World War I in 1917, Bacon enlisted in the Navy and was assigned to the Photo Department. This began a lifelong admiration for the service and might explain the Navy being a favorite recurring theme in many of his films.
Tags: Military (1), Writer (1), Actor (1), Veteran (1), Navy (1), Director (1), Filmmaker (1), Screenwriter (1), US Navy (1), USN (1), World War I Veteran (1)
My tags: