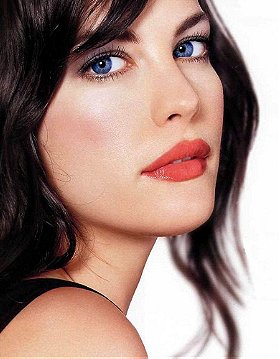 264 votes
They could be siblings (100 items)
list by Darthmasco
Published 9 years, 11 months ago 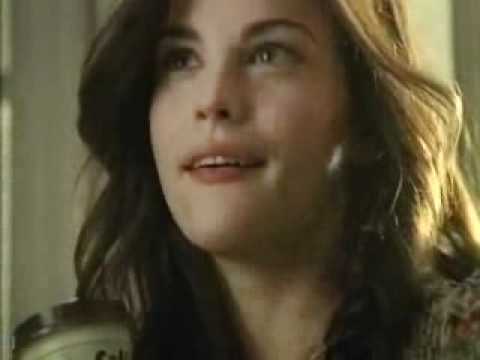 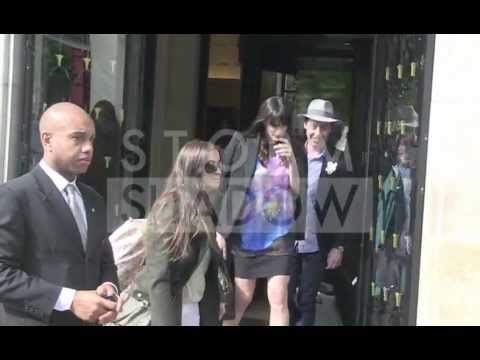 Chosen by "People" magazine as one of the 50 Most Beautiful People in the World. [1997]

A cameo role in Toda a Gente Diz Que Te Amo (1996), a musical directed by Woody Allen, was cut; Allen was impressed enough by her performance to write a personal letter explaining that her part was cut in editing.

Her half-sister, Mia Tyler, is a fashion model for Lane Bryant.

Aerosmith's video for "Crazy", in which Liv co-starred with Alicia Silverstone, was voted #23 in VH1's top 100 music videos of all time.

During filming for O Senhor dos Anéis - A Irmandade do Anel (2001), she left her pair of prosthetic ears on the dashboard of her car. When she returned, they had melted.

Her name Liv means 'life' in Norwegian, Swedish and Danish.

Learned swordfighting for her role as Arwen in the O Senhor dos Anéis - A Irmandade do Anel (2001). But the script was changed and she never got to use her skills.

Was nicknamed Liv Taylor by film critics and the media when she first began acting because her dark hair and striking blue eyes reminded them of Elizabeth Taylor.

The decision to cast her in the video for "Crazy" was based on seeing her Pantene commercial, with absolutely no knowledge her father was in the band.

She is a spokesperson for Givenchy Perfume and Cosmetics.

She got married in Barbados.

Her son Milo was born on the same day as the release of the Platinum Series Special Extended Edition of the Lord of the Rings Trilogy (December 14, 2004).

She has never taken acting lessons.

On a TV documentary about the making of the "Lord of the Rings" movies, she said she really liked delivering her lines when they were in the fictional Elvish language.

Her father is of Cherokee Indian, Russian and Italian descent, and her mother is of French descent.

Used to be a vegetarian.

Recorded a song for O Senhor dos Anéis - As Duas Torres (2002), but because Peter Jackson didn't feel the song was right for the intended scene, he put it into the extended edition of O Senhor dos Anéis - O Regresso do Rei (2003). Since then, Liv has stated how much she enjoyed singing and recording and how she has always felt a strong relationship towards music.

Is only eight years younger than Cate Blanchett, but plays her granddaughter in The Lord of the Rings.

She and her Lord of the Rings castmate John Rhys-Davies have both appeared in films about "The Incredible Hulk". Rhys-Davies plays "Wilson Fisk", aka The Kingpin, in The Trial of the Incredible Hulk (1989) (TV), while Tyler played "Betty Ross" in O Incrível Hulk (2008). Daredevil and Kingpin have also been played by her Armageddon (1998) castmates Ben Affleck and Michael Clarke Duncan.

Believed until she was 8 years old that Todd Rundgren was her father. Rundgren and Liv's mother were in a relationship when Liv was born and conceived.

Considers Todd Rundgren, whom she believed to be her father until she was 8 years old, as her "spiritual dad".

Her two "dads" Steven Tyler and Todd Rundgren met for the first time at her wedding to Royston Langdon.

She suffers from ADHD and has been taking Ritalin for it since she was a child.

4. The Making of 'The Lord of the Rings'

mchammer voted for an image 2 weeks, 4 days ago

piaah voted for an image 1 month ago

victoriaeliana voted for 5 images 1 month ago

victoriaeliana added this to a list 1 month, 1 week ago
Close Your Eyes (14 person items)

Bo Na voted for an image 1 month, 2 weeks ago

Dynasti voted for an image 1 month, 3 weeks ago

danielistal added this to a list 2 months, 3 weeks ago
Favorite Person (478 person items)

lovedriver voted for an image 2 months, 4 weeks ago

psow voted for 3 images 3 months ago

Psycho-Pirate added this to a list 3 months, 1 week ago
Ladies of the MCU Ranked (49 person items)

ROADKILL41 voted for an image 3 months, 1 week ago

L90 added this to a list 3 months, 1 week ago
Different Kinds of Beauty (730 person items)

mjkalasky voted for an image 4 months ago

lovedriver posted a image 4 months ago

David Roffidal voted for an image 4 months, 1 week ago

parryj voted for an image 4 months, 1 week ago

Henny voted for an image 4 months, 3 weeks ago