While jeans are generally supposed to be blue, some Power Rangers take color coordinated wardrobes a bit too far. While a few others have toned it a bit down with khakis in a pinkish-red, these girls just want to cover their entire lower body in bright pink. 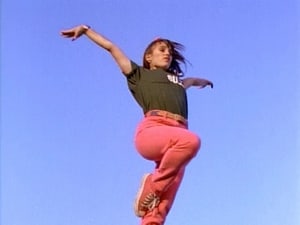 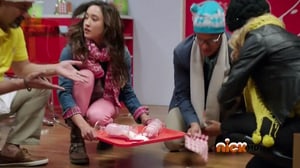 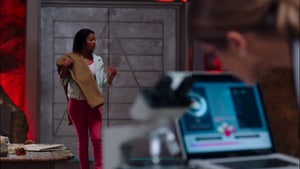 While plenty of other girls have worn overalls - and Kimberly is the queen of them - I can't help but link these two outfits in my mind. For one, the legit ONLY difference between these two outfits is that Aisha is wearing a normal t-shirt and Tanya is wearing a polo. Even the socks/shoes are the same and the shorts have the same cuff at the bottom! 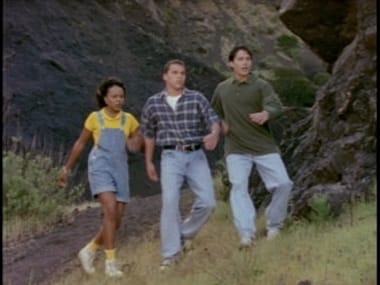 While not the exact same shirt, and others have worn them too, but this is a bit egregious since the second shirt appeared a mere four episodes later!
I always do a double take at the second occurrence because of not only the two shirts appearing so close together, but it also not being very much Kat's normal style at all. 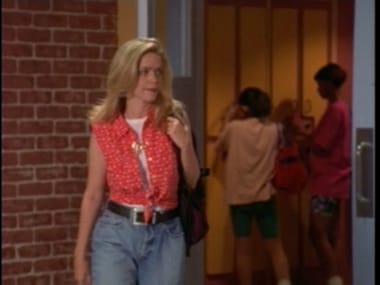 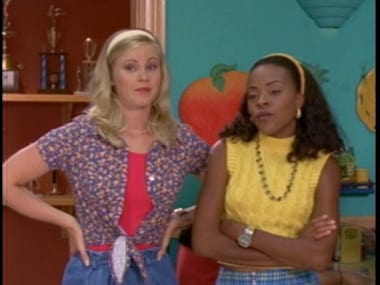 Sometimes you get people who wear non-traditional clothes. These two apparently both have Grandmas that made them each a sweater made from the blanket on the back of her couch. And to make matters worse, despite both of these being from the same season, they are clearly not the same design. That means that the costume department had multiple versions of this Grandma sweater. 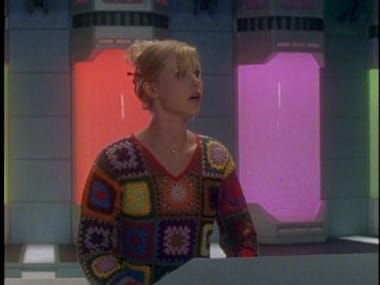 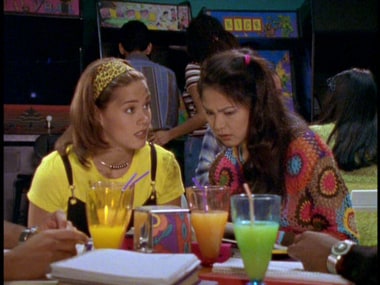 Somewhere in the Power Rangers wardrobe room there was a shirt with a red bird on it that someone thought was cool. Then they decided to bring it back out three years later because there was no way that they could only use it on a single season. Legends say that it's still lurking about, waiting for the right time to make its return. 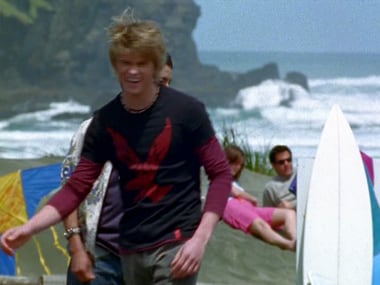 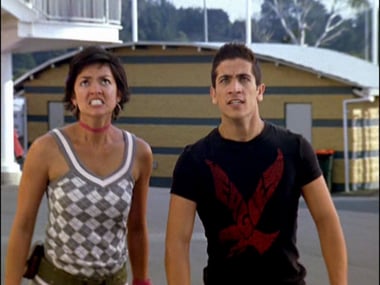 So Tommy Oliver grew up and stole some dude's job as a paleontologist. Then three years later some rich dude stole his clothes. 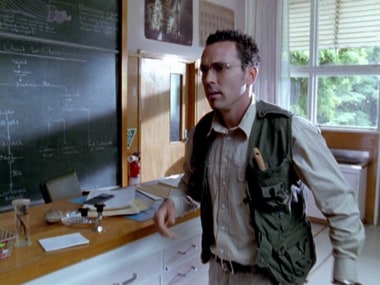 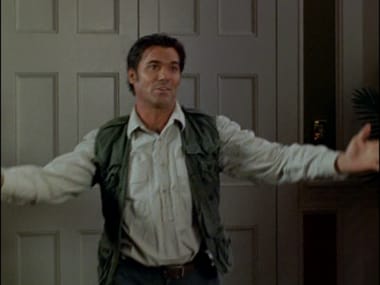 While Tyler's sleeves are three-quarter length and Brody's are just standard tee length, this is especially egregious because not only are they are on back-to-back seasons, but both casts only have like 3-4 outfits that they mix-and-match. And so the same shirt will actually pop up a lot. 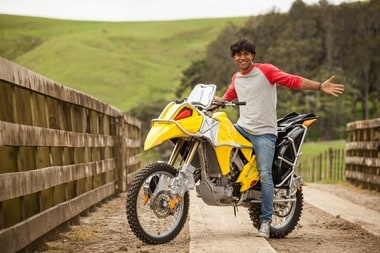 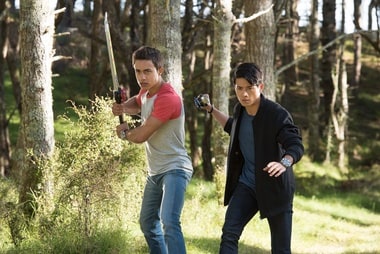 While multiple people wearing the same thing is nothing new, it can also be sacrilege in certain circles.

These are notable outfits/articles of clothing in Power Rangers that I associate with two or more people. They may not be exactly the same, but are close enough that I link the two.

There may have also been other people to wear these clothes, I just don't associate them together.

Excluded from the list are examples of a Power Rangers character wearing an outfit from Super Sentai in order to shoot less footage.

Disney Princesses as Game of Thrones Characters by Nikki

Lousiest Albums of All Time by auk

My 140 favourites celebrities ever BY MARIA by ria2u

Spike Lee: The best and worst of by Agent Kermit D. Fonz

Toku Hair: The Bob by jenndubya