Underappreciated Beauties: Women in under 10 lists 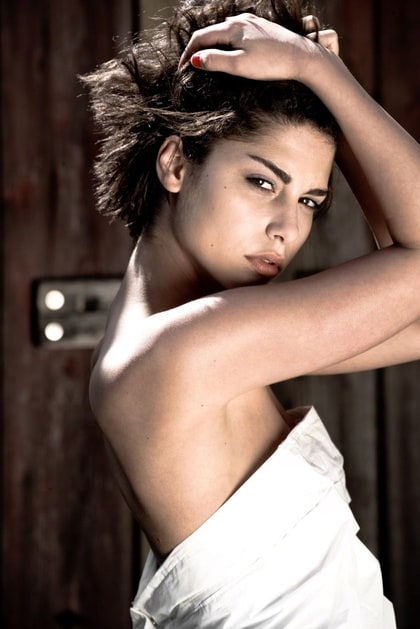 WHY SO FEW LISTS: Her resume is quite thin.

0
Angélica Celaya
MOVIES/TV SHOWS: Constantine
LISTAL LISTS: 5
The designated eye candy in the strictly horror series featuring demons, ghouls and ghosts, the aptly-named Angelica has powers beyond mortal men...including her hypnotic beauty.
WHY SO FEW LISTS: A virtual newbie...and "Constantine" is destined to get cancelled. 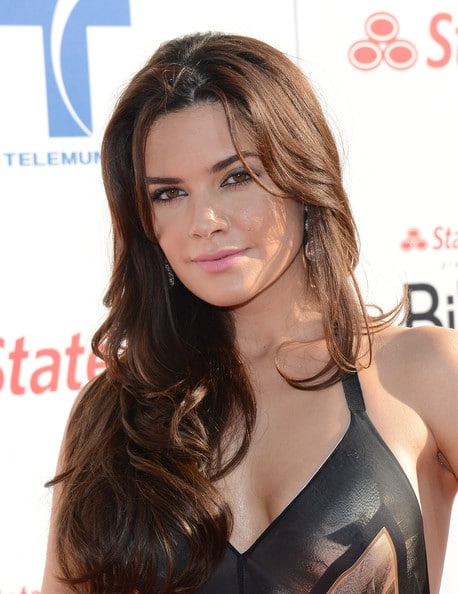 WHY SO FEW LISTS?: And to think she starred in so many movies? A Hollywood break-in will make wonders list-wise. 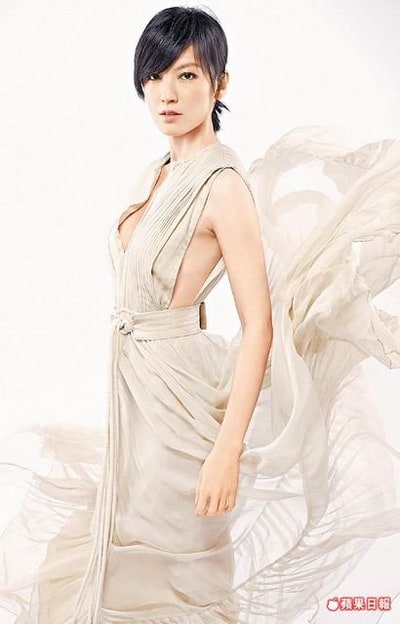 When this list was made the following beauties were then under 10 lists.

0
Josie Bissett
TV: Melrose Place
LISTAL LISTS: 6
The sweet blonde of "Melrose Place" fame is in only 2 Listal lists despite having been in People's 50 Most Beautiful List waaay back in the 90s.
WHY SO FEW LISTS: Look at the picture on the left. She's still quite a babe at 4 years of age, has she retired? 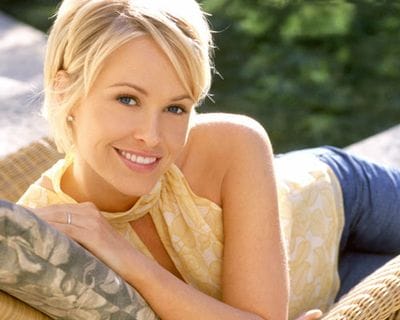 0
Marie-Josée Croze
MOVIES/TV SHOWS: Munich, The Diving Bell and the Butterfly
LISTAL LISTS: 8
French-Canadian actress lost her beauty in mature dramatic roles, but in the films she appeared on as a female man-killer-lover, she sizzled.
WHY SO FEW LISTS?: Not much high-profiled movies in her resume, didn't really get the exposure like other foreign actresses. 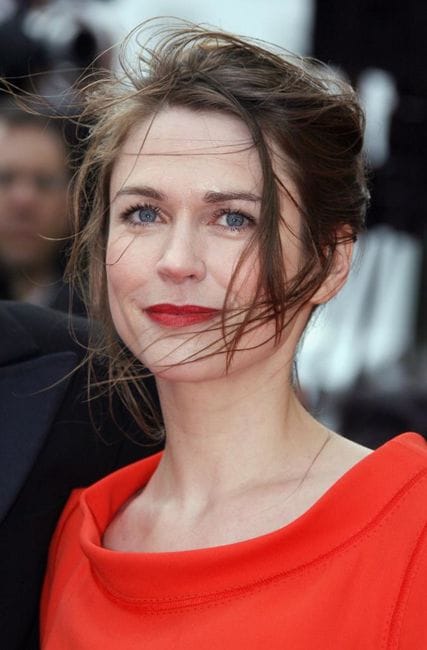 0
Robin McLeavy
MOVIES/TV SHOWS: Hell on Wheels
LISTAL LISTS: 5
In AMC's "Hell on Wheels" she's Eva, the whore with a heart of gold with tattoos on her face who captured Elam's (Common) fancy. Wow.
WHY SO FEW LISTS: Either few sees through the inks and appreciate her obvious beauty, or few really watch the show. 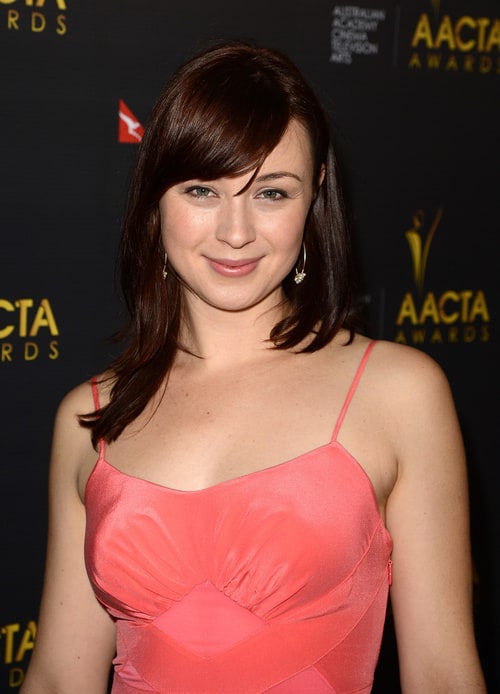 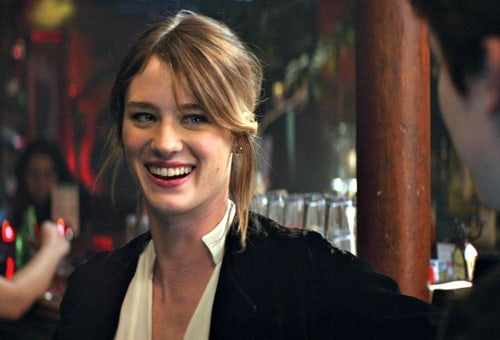 At 5'10", a towering beauty. You probably paid little attention to her as that bespectacled cutie in "The Martian."

WHY SO FEW LISTS: A newcomer and really hard to pair up if you're just too tall.

0
Rosabell Laurenti Sellers
As one of the Sand sisters, bared her assets on one of the most watched series Game of Thrones. And she's only 19.

0
Lola Glaudini
Buxom beauty comfortable with carrying a gun in TV, is well, take a look. She's quite a bomb.

0
Rosemarie DeWitt
Not (yet) built as the glamorous leading lady, DeWitt is that love interest you'd find in a movie with small town setting, just like in Van Sant's "Promised Land."

0
Maggie Siff
She has these moments where you stop and think whether she's the most beautiful thing you've ever laid eyes on.

0
Molly Parker
Holy Molly. She's been around and no body appreciated her.

0
Brooke Langton
She really didn't become a big star despite headlining her own TV series and turning heads in "Swingers." A shame, she could actually act.

0
Joanne Kelly
Warehouse 13's statuesque action diva may need to show a little more skin, she barely made it to the graduate's section.

0
Antje Traue
Got a big boost from the movie "Man of Steel." There's no other way for the actress but "up, up, and away!"
geojones100's rating:

0
Kelly Hu
We all need to rewatch The Mummy series to remind us of her.

0
Kari Wuhrer
The B-Queen (B for Boobs) is in 38 lists, and that about defines her popularity.
Rate:

0
Abbie Cornish
The role she gets is not deserving of her beauty.

0
Giovanna Mezzogiorno
Holy fuckin beautiful in "Love in the Time of Cholera".
Rate:

0
Diora Baird
Baird is a goddess of body.

0
Gretchen Mol
One of the most beautiful faces ever to hit the screen.
Rate:

0
Connie Nielsen
She was gone as fast as she became famous.
Rate:

0
Tanit Phoenix
If only a lot more people have seen the Death Race movies.

0
Irène Jacob
Jacob was so beautiful and good in "Red." Amd I can't think of anything else. Oh, yes, there's "The Double Life of Veronique."
Rate:

0
Hope Davis
She was just never meant to be a romantic lead, but Hope Davis is one indie beauty.

0
Embeth Davidtz
In movies, she went from a hot Jew survivor to a Mom in a single glance. The glamour got lost in the way.
Rate:

0
Lauren Lee Smith
We need to tell her agent that she needs a TV show!

0
Jaime Ray Newman
She climbing the charts, but slowly.
Rate:
These gorgeous actresses appear in less than 10 public lists (excluding this one).

The 10 Prettiest Ladies In Music History by Dark Warrior

Beauty Gets Attention, Personality Gets The Heart. by Cupidsfriend

Sexy In kitchen by rona sweetlove

What Google Image Search Thinks about Actors - 2 by ccc25

Beauties from Iceland by onziinbonjy