All police officers in this video where found not guilty on all charges, that's our public prosecutor for you who claimed their was a lack of evidence such as not being able to attain an autopsy report because the coroner who carried out the initial examination was abroad?! No witnesses of course and video evidence not being admissible in court*shrugs*.
PulpRoman's rating:

When the State of emergency drops in Jamaica its basically hunting season for the Jamaica Defense force and Constabulary. Everything in Kingston was shut down including its citizens.
Brief Context: There are two major political parties in Jamaica, the JLP and PNP. Tivoli Gardens is a JLP stronghold and is always protected or targeted depending on whose in power; thus the U.S exradiction request of Christopher 'Dudus' Coke just gave the PNP the excuse it needed to basically tear down the entire community in search of the 'Don"man who was being protected by armed thugs.*Ring any bells*
PulpRoman's rating: 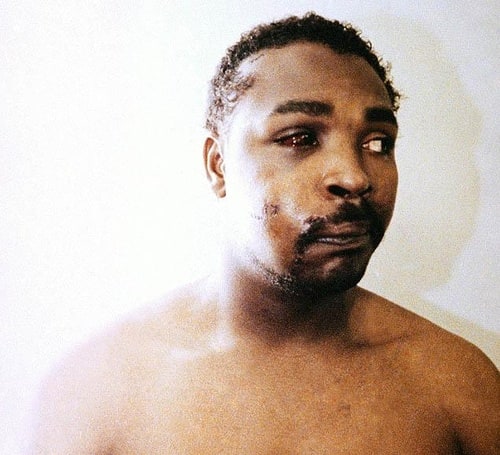 In 1991, Los Angeles police harshly beat African American Rodney King while a civilian videotaped the incident, leading to extensive media coverage and criminal charges against several of the officers involved. Hours after the police officers involved were acquitted at trial, the Los Angeles riots of 1992 commenced, causing 53 deaths, 2,383 injuries, more than 7,000 fires, damage to 3,100 businesses, and nearly $1 billion in financial losses. After facing federal trial, the officers received 32 months prison sentence. The case was widely seen as a key factor in the reform of the Los Angeles police department. Should he have resisted? NO! but he was also drunk and by the video they could have tackled him to the ground and handcuffed him without the excessive force displayed.
PulpRoman's rating: 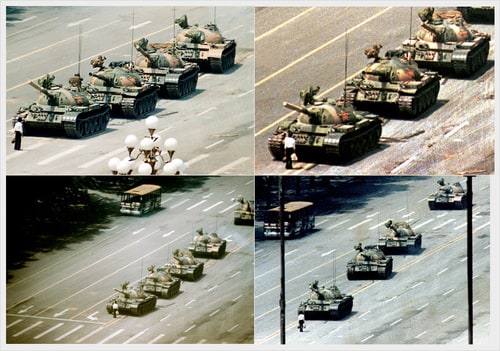 The Tiananmen Square protests of 1989 showcased just how devastating the People's Republic of China's government can be towards its own people. Estimates of the death toll range from a few hundred to the thousands. Party authorities declared martial law/hunting season on May 20, and mobilized as many as 300,000 troops to Beijing.In the aftermath of the crackdown, the government conducted widespread arrests of protesters and their supporters, cracked down on other protests around China, expelled foreign journalists and strictly controlled coverage of the events in the domestic press. The police and internal security forces were strengthened. Officials deemed sympathetic to the protests were demoted or purged.

Two nights before, tanks just like the ones this young man confronted had rolled over screaming students on Tiananmen Square and its surrounding boulevards. The world had just witnessed an authoritarian state smashing peaceful individuals who had dared to ask it to change.
By any rational calculation, the Tank Man’s actions seemed absurd—what could he possibly hope to achieve? Nonetheless, in the wake of a most awful violation of the individual by the state, the image of the Tank Man vindicated the individual.

The Blue Code of Silence: An unwritten rule among the force to not snitch on each other no matter the crime or misconduct. Police brutality was a major drive behind 2011 Egyptian revolution; the incident of Khaled Said's death and other stories, yet very little has changed since. One of the "demands" around which people decided to take it to the streets in Egypt is "purging the Ministry of Interior" for its brutality and torture practices Things went wrong after the coup regarding police reforms. Police used brutal force again against protests in streets killing hundreds of Egyptians At Rabaa square in one of the most brutal uses of force against civilians in Egypt's modern history.
PulpRoman's rating: 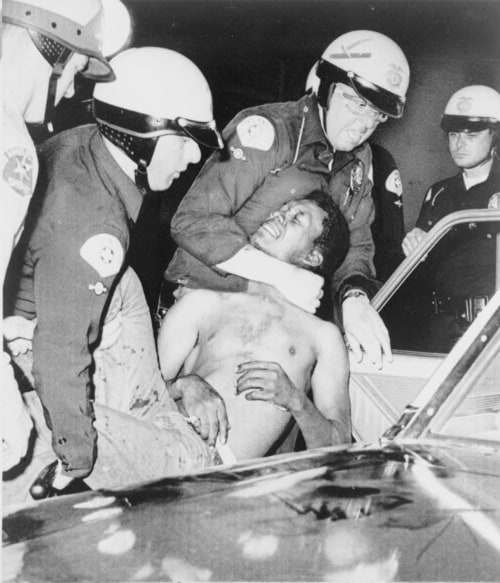 The African-American Civil Rights Movement has been the target of numerous incidents of police brutality in its struggle for justice and racial equality, notably during the Birmingham campaign of 1963–64 and during the Selma to Montgomery marches of 1965. Media coverage of the brutality sparked national outrage, and public sympathy for the movement grew rapidly as a result.
Harlem Riot of 1964One of the first major race riots took place in Harlem, New York, in the summer of 1964. A white Irish-American police officer, Thomas Gilligan, shot 15-year-old James Powell, who was black, for allegedly charging him armed with a knife. It was found that Powell was unarmed. A group of black citizens demanded Gilligan's suspension. Hundreds of young demonstrators marched peacefully to the 67th Street police station on July 17, 1964, the day after Powell's death.

Will the proles rise up?
PulpRoman's rating:

6.6
Bad Lieutenant: Port of Call New Orleans (2009)
Police brutality is when the shield of the badge provides the officer with a sense of being above the law and after a time in the public's appointed office believes anyone who resists his/her power is wrong. I'm from Jamaica where police brutality is not just excessive beatings or wrongful arrest but often extrajudicial killings where the police investigate their own affairs and the government feigns concern. Will things change when we start to burn down police stations and assassinate those who unleash them because it seems as if that's what they want us to do.
Sources:
www.theepochtimes.com/n3/89357-the-tank-man-returns-video/
www.totalfilm.com/features/50-most-corrupt-movie-cops/flass-batman-begins-2005
en.wikipedia.org/wiki/Police_brutality#Turkey