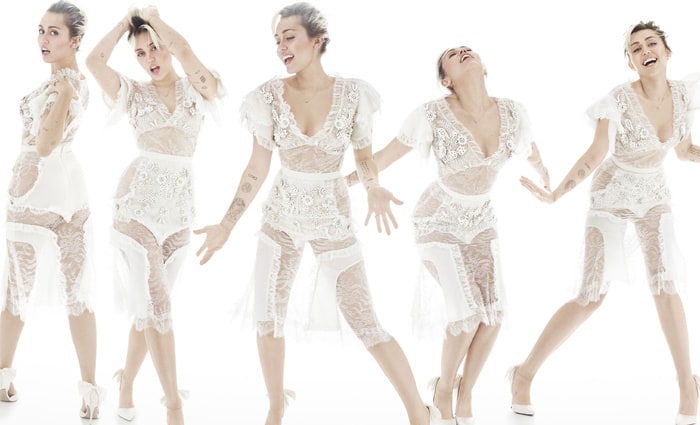 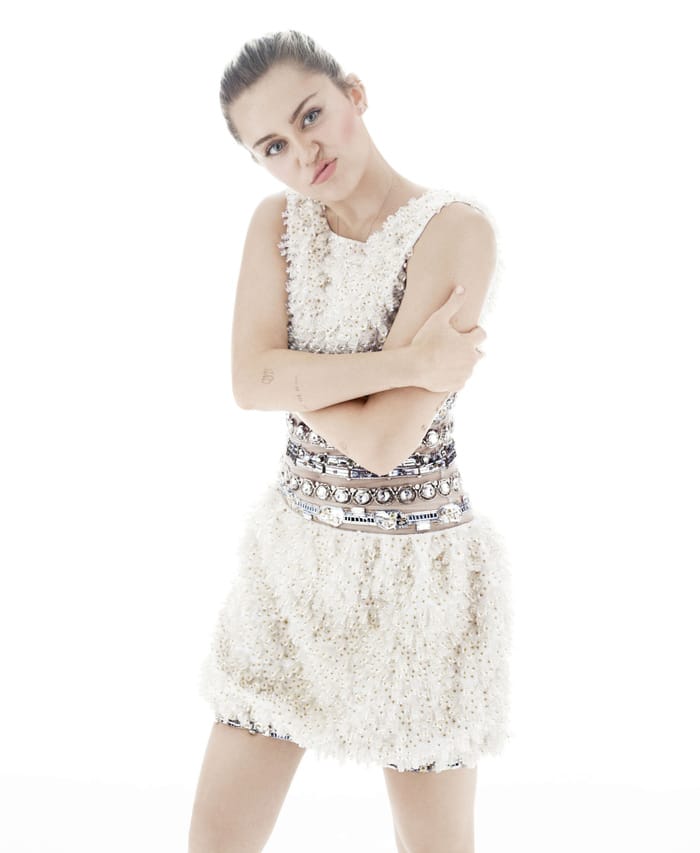 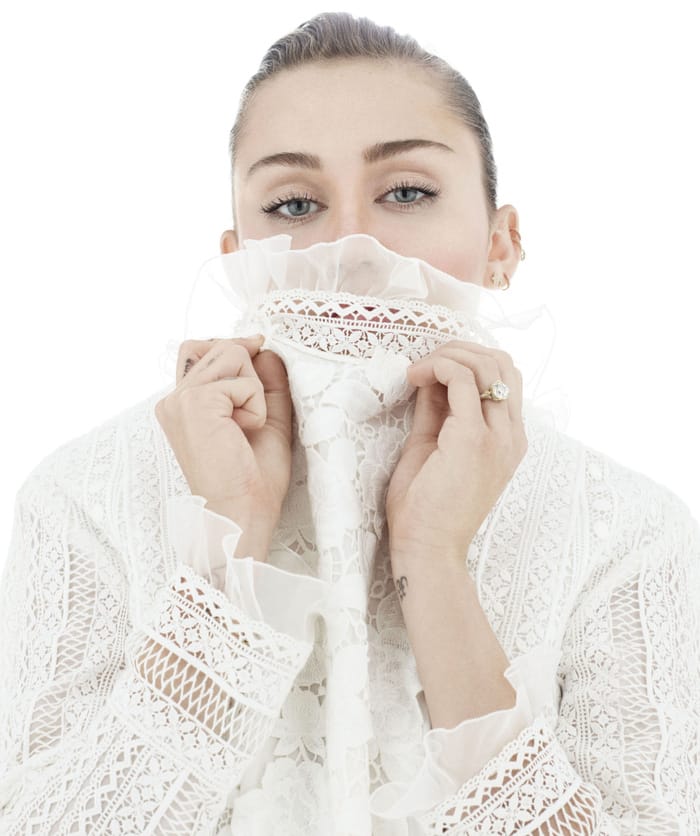 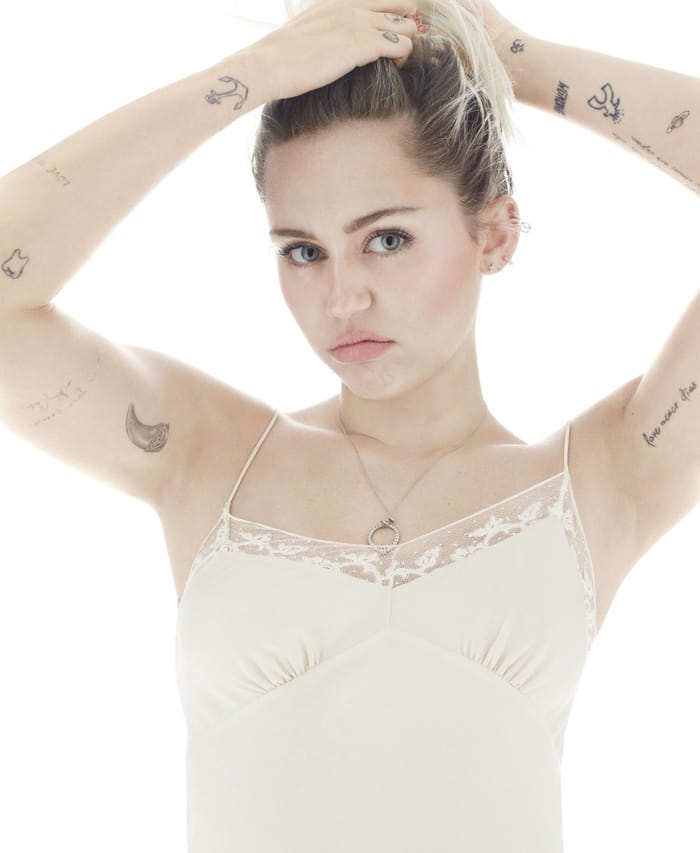 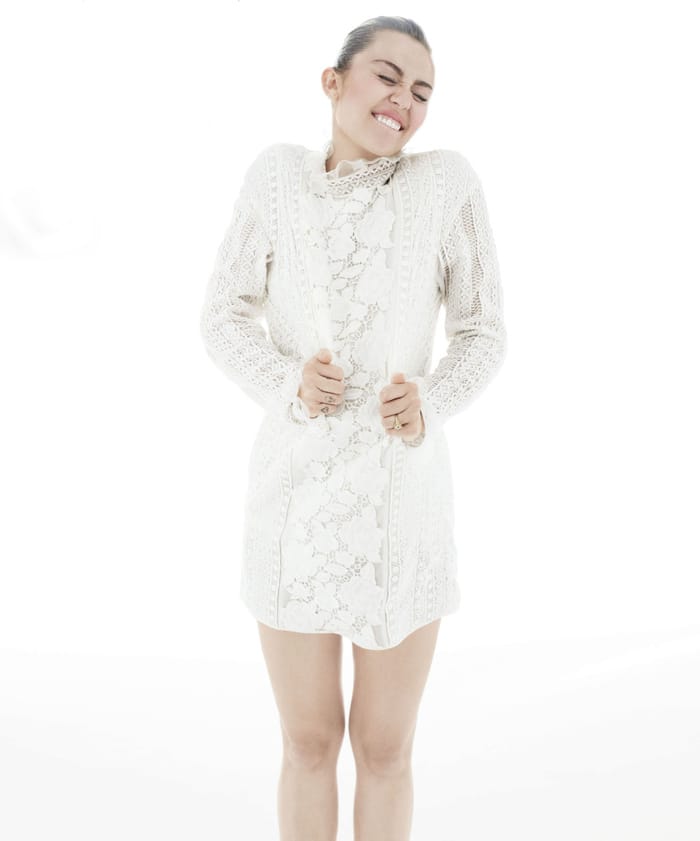 Miley Cyrus by Terry Tsiolis 2016
Miley Ray Cyrus (born Destiny Hope Cyrus; November 23, 1992) is an American actress and singer-songwriter. In 2006, she was established as a teen idol with the success of the Hannah Montana franchise, a former Disney Channel sitcom in which she portrayed the role of Miley Stewart/Hannah Montana. After recording music for the soundtracks Hannah Montana (2006) and Hannah Montana 2: Meet Miley Cyrus (2007), Cyrus embarked on the Best of Both Worlds Tour the same year, in which she performed as herself and in character. The tour was eventually turned into a high-grossing concert film Hannah Montana & Miley Cyrus: Best of Both Worlds Concert (2008).
Having signed to Hollywood Records in 2007, Cyrus released her first solo album Breakout the following year, and was commercially successful. Later that year, she began her foray into film by providing the voice of Penny in the animated film Bolt; she earned a nomination for the Golden Globe Award for Best Original Song for her performance of its theme song, "I Thought I Lost You". In 2009, she starred in the feature film Hannah Montana: The Movie; its soundtrack introduced Cyrus to audiences within country and adult contemporary markets. With the release of her extended play The Time of Our Lives that same year, she began to cultivate an adult image and developed a more mainstream pop sound; it included Cyrus's best-selling single, "Party in the U.S.A." She also filmed The Last Song (2010), a coming-of-age drama film. Cyrus's third studio album Can't Be Tamed (2010) incorporated dance-pop elements; its "title track" served as the lead single, and provided her with a more sexualized image.
Cyrus ranked number thirteen on Forbes' 2010 Celebrity 100. For the 2011 Guinness World Records, she was named the “Most Charted Teenager” following her 29th US Billboard Hot 100 chart entry on November 7, 2009 with “Party in the USA”.

My Personal Top 30 sexiest women of all time by Lexik123

Ann Vs Jane Battle of the beauties by Lexik123

Brigitte vs Catherine Battle of Beauties by Lexik123

Aerialist inside - unbelievable how brave some.... by Milena