Movies Based on Books and Works by John Steinbeck

7.9
Of Mice and Men (1939) (1939)
The film tells the story of two men, George and his mentally challenged partner Lennie, trying to survive during the dustbowl of the 1930s and pursuing a dream of owning their own ranch, instead of always working for others. Starring in the lead roles were relative Hollywood newcomer Burgess Meredith as George, and veteran actor Lon Chaney, Jr. (the son of famed silent film actor Lon Chaney) as Lennie. Chaney had appeared in more than 50 films to that point in his career, but Of Mice and Men was his first major role.(Wikipedia) 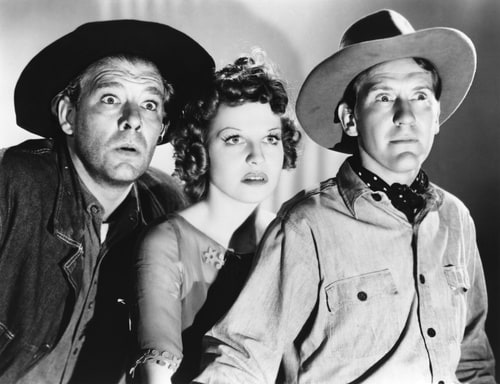 8.1
The Grapes of Wrath (1940)
The film tells the story of the Joads, an Oklahoma family, who, after losing their farm during the Great Depression in the 1930s, become migrant workers and end up in California. The motion picture details their arduous journey across the United States as they travel to California in search of work and opportunities for the family members.(Wikipedia) 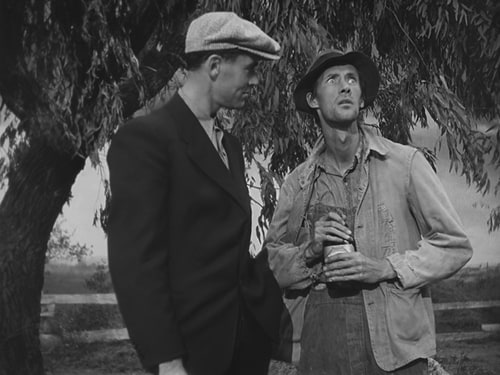 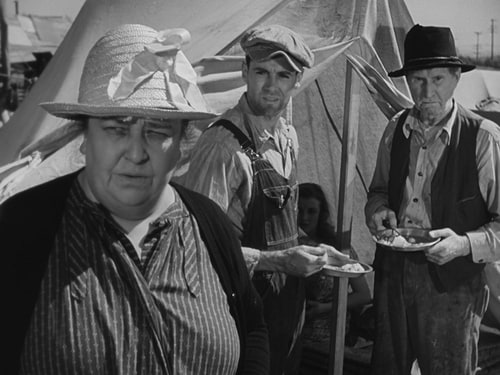 0
Tortilla Flat
Danny (John Garfield) inherits two houses, so Pilon (Spencer Tracy) and his poor, idle friends move in. One of them, Pirate, (Frank Morgan) is saving money which Pilon endeavors to steal, until he discovers that it is being collected to purchase a golden candlestick which he intends to burn for St. Francis to honor the Pirate's dead dog. One of the houses burns down, so Danny allows his friends to move into the other house with him, and in gratitude Pilon tries to make life better for his friend.(Wikipedia) 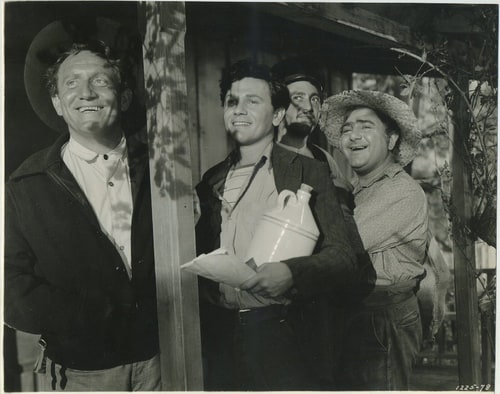 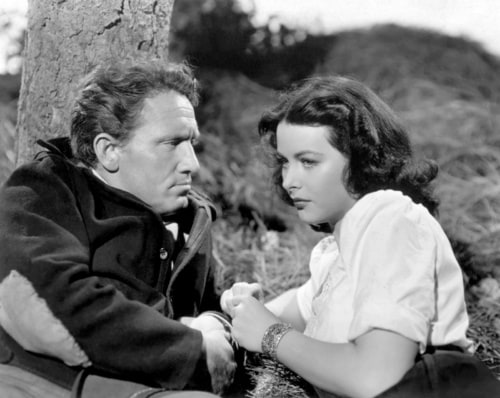 7
The Moon Is Down (1943)
The Moon Is Down is a 1943 American war film starring Cedric Hardwicke and Henry Travers and directed by Irving Pichel. It is based on the novel of the same name by John Steinbeck. During World War II, German soldiers occupy a small Norwegian town.(Wikipedia) 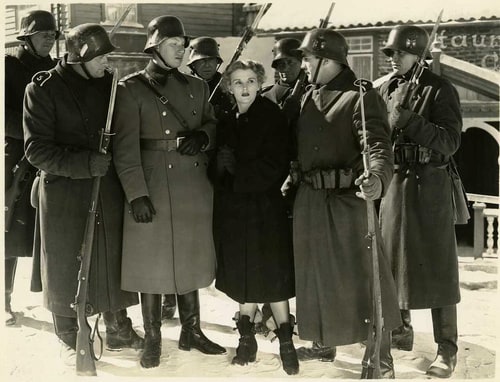 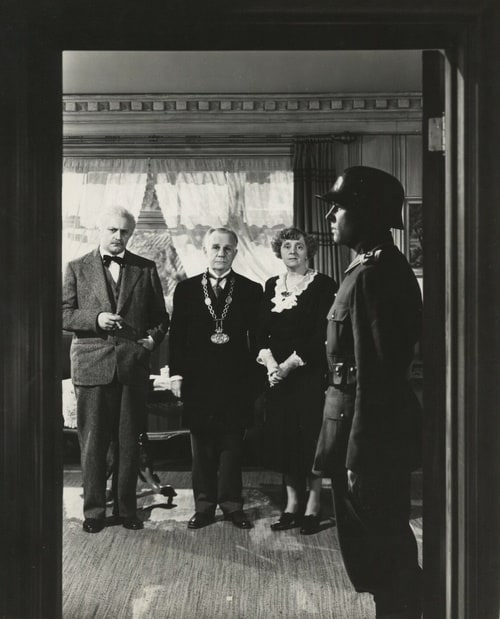 7.6
Lifeboat (1944)
Lifeboat is a 1944 American drama thriller film directed by Alfred Hitchcock from a story by John Steinbeck. The film stars Tallulah Bankhead with William Bendix. Also in the cast are Walter Slezak, Mary Anderson and John Hodiak. Additional roles in the boat were from Henry Hull, Heather Angel, Hume Cronyn, and Canada Lee. It is set entirely on a lifeboat launched from a sinking passenger vessel following a World War II naval attack.(Wikipedia) 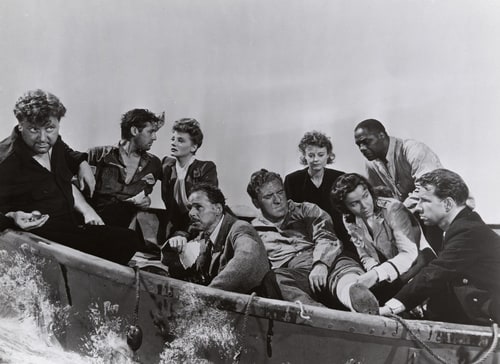 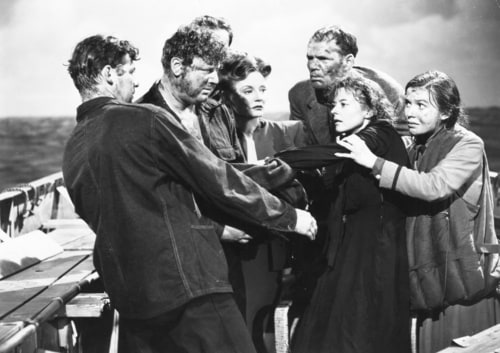 6.8
A Medal for Benny (1945)
The film examines small town hypocrisy.(Wikipedia) 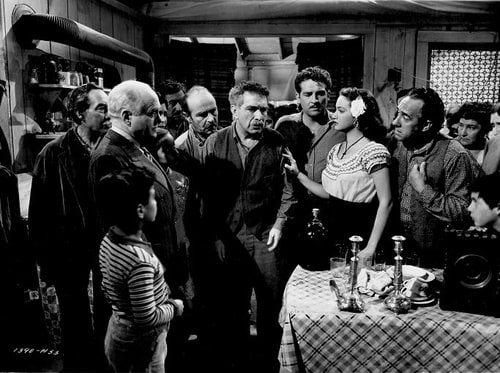 6.4
The Red Pony (1949)
A young boy, Tom Tiflin (Peter Miles), is given a small pony by his father (Shepperd Strudwick). Tom asks the stable helper, Billy Buck (Robert Mitchum), to help him raise and train it so that it can be ridden. During a rain storm the pony gets out of the stable and having been soaked becomes fevered. Despite Buck's best efforts to nurse the pony it develops strangles and requires a tracheotomy. Shortly after the procedure, the pony escapes from the farm. Tom follows the pony's hoof prints to a gully where it has died and is being eaten by vultures. He blames Buck for not saving its life. Buck, feeling remorse, prepares to kill his own pregnant mare in order to give Tom a colt, believing the unborn may not have turned. Tom grows angry at Buck's willingness to sacrifice a horse and steals his knife. When they return to the stable the foal has been born naturally, with both mother and colt surviving.(Wikipedia) 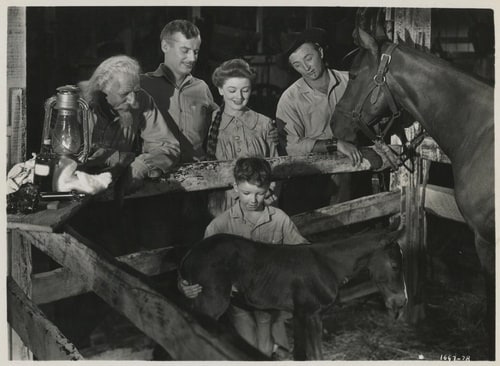 Note: Steinbeck also wrote the screenplay for this film.

7.3
Viva Zapata!
Viva Zapata! is a 1952 biographical film starring Marlon Brando and directed by Elia Kazan. The screenplay was written by John Steinbeck, using as a guide Edgcomb Pinchon's book, Zapata the Unconquerable. The cast includes Jean Peters and, in an Academy Award-winning performance, Anthony Quinn.

The movie is a fictionalized account of the life of Mexican Revolutionary Emiliano Zapata from his peasant upbringing, through his rise to power in the early 1900s, to his death.(Wikipedia) 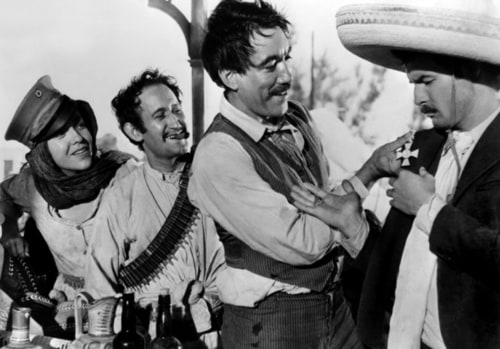 Note: The Screenplay was written by John Steinbeck based on book by other writer.

7.9
East of Eden (1955)
The story is set during 1905 and 1918, leading into American involvement in World War I, in the central California coastal towns of Monterey and Salinas. Cal (James Dean) and Aron (Richard Davalos) are the sons of a modestly successful farmer and wartime draft board chairman, Adam Trask (Raymond Massey). Cal is moody and embittered by his belief that his father favors Aron. Although both Cal and Aron had long been led to believe that their mother had died "and gone to heaven," the opening scene reveals Cal has apparently learned that his mother is still alive, owning and running a successful brothel in nearby Monterey. 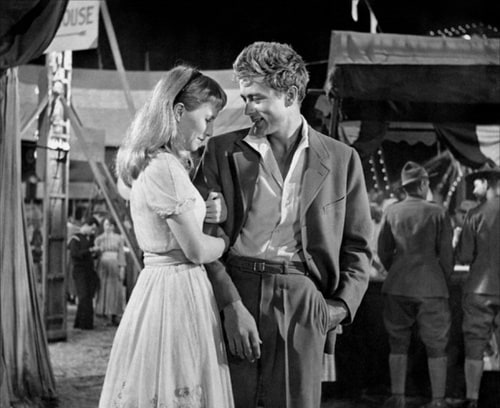 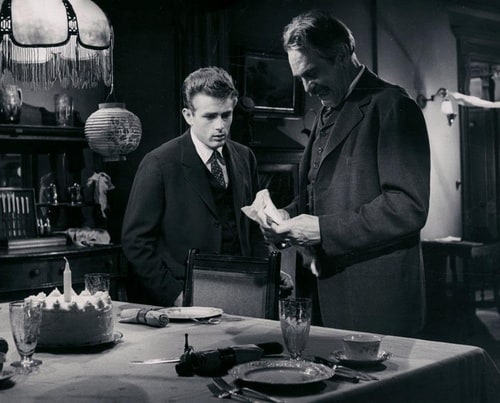 6.7
The Wayward Bus (1957)
Alice Chicoy (Collins) is the wife of driver Johnny (Jason). He owns a small and rundown little bus that makes side trips. Alice is the owner of a little restaurant and likes liquor a bit too much.

Unhappy with what has become of her life, she decides to "surprise" her husband mid-way through his bus trip. Among the passengers, Camille Oakes (Mansfield) is a shamed burlesque dancer on the way to a well-paying job in San Juan. Camille gets caught up in a flirtation with traveling salesman Ernest Horton (Dailey).

Most of the story takes place on the charter bus.(Wikipedia) 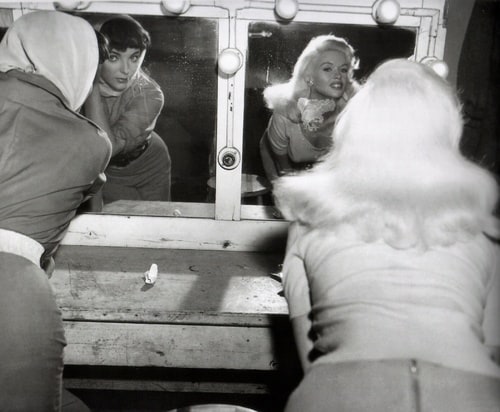 6.6
Cannery Row (1982)...
The story is about the skid row citizens of Monterey, California, set during World War II. As declining fish stocks are shutting down a previously rich fishery and the dependent canning industry, bums and hookers lead colorful and adventurous lives in a balmy seaside setting.

Doc (Nick Nolte), a self-employed marine biologist, lives in a dockside warehouse and researches octopuses. Suzy DeSoto (Debra Winger), a girl from the local bordello, is working there only out of necessity.(Wikipedia) 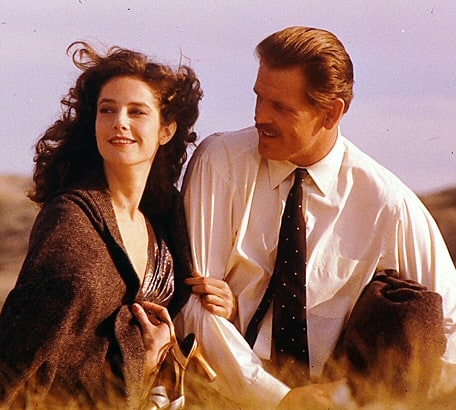 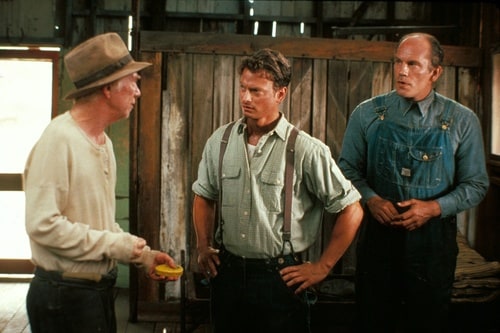 (February 27, 1902 – December 20, 1968) was an American author of twenty-seven books, including sixteen novels, six non-fiction books, and five collections of short stories. He is widely known for the comic novels Tortilla Flat (1935) and Cannery Row (1945), the multi-generation epic East of Eden (1952), and the novellas Of Mice and Men (1937) and The Red Pony (1937). The Pulitzer Prize-winning The Grapes of Wrath (1939), widely attributed to be part of the American literary canon, is considered Steinbeck's masterpiece. In the first 75 years since it was published, it sold 14 million copies.

The winner of the 1962 Nobel Prize in Literature, he has been called "a giant of American letters". His works are widely read abroad and many of his works are considered classics of Western literature.

Most of Steinbeck's work is set in southern and central California, particularly in the Salinas Valley and the California Coast Ranges region. His works frequently explored the themes of fate and injustice, especially as applied to downtrodden or everyman protagonists.

Animals - B by kathy

Dog Memes That Will Make Your Day by Milena