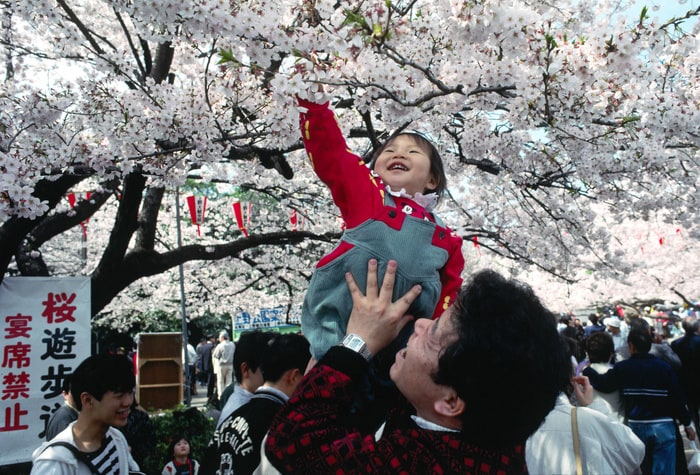 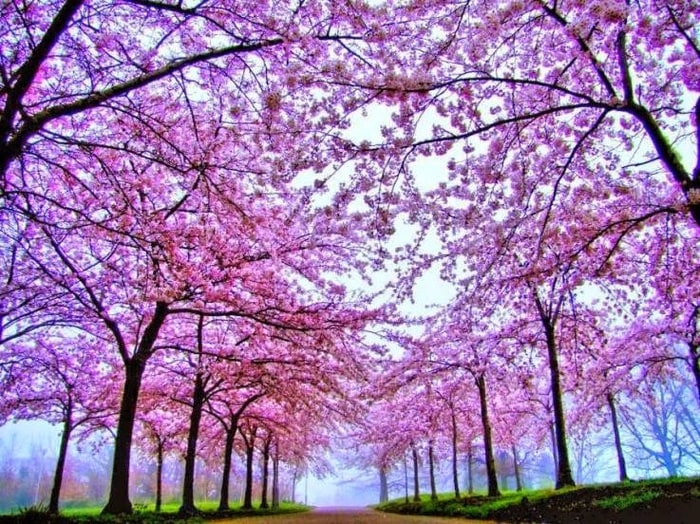 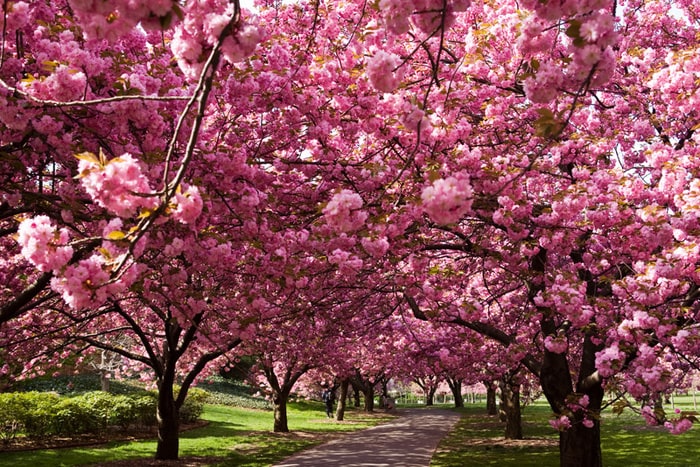 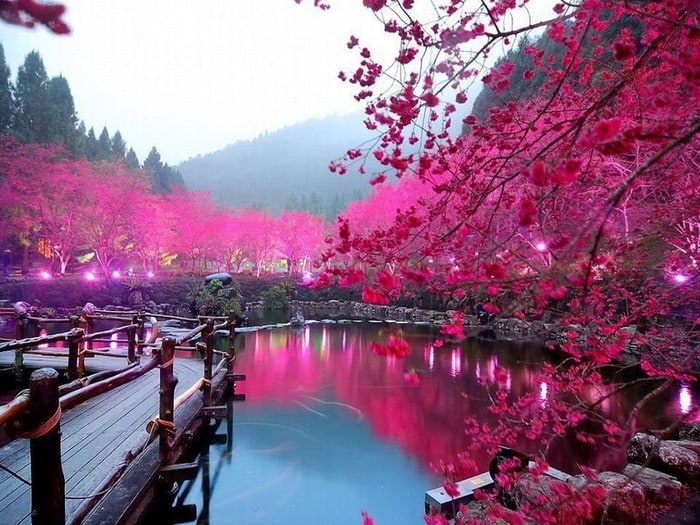 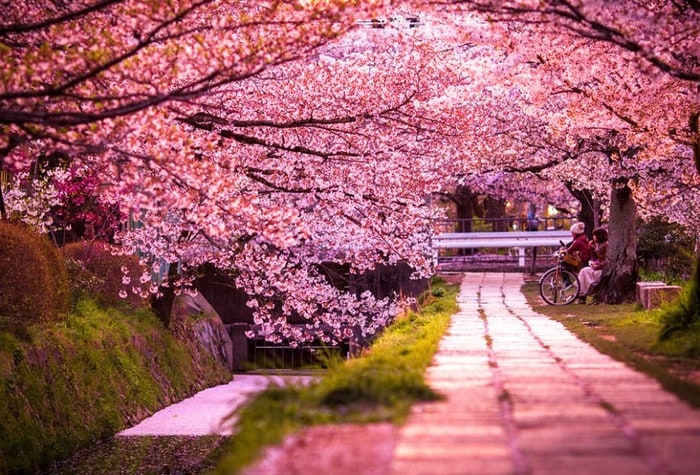 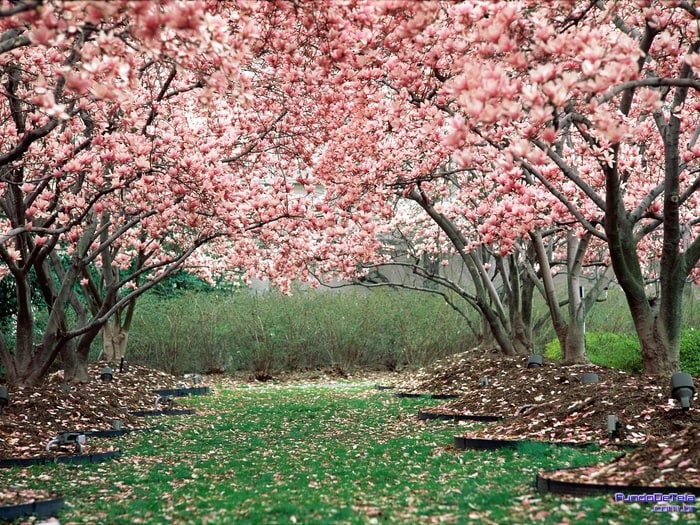 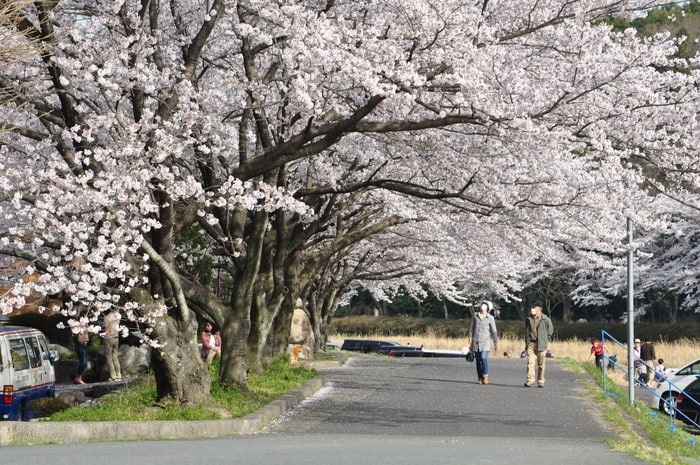 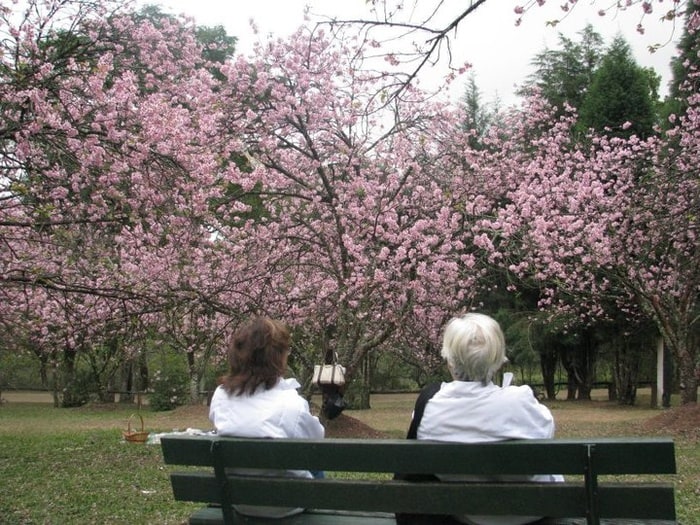 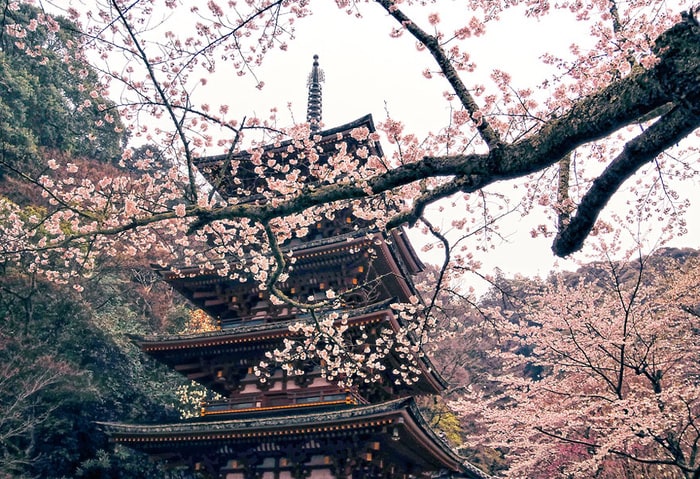 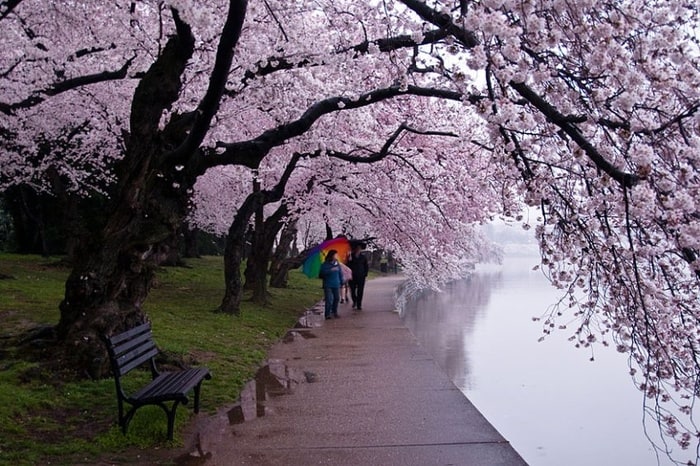 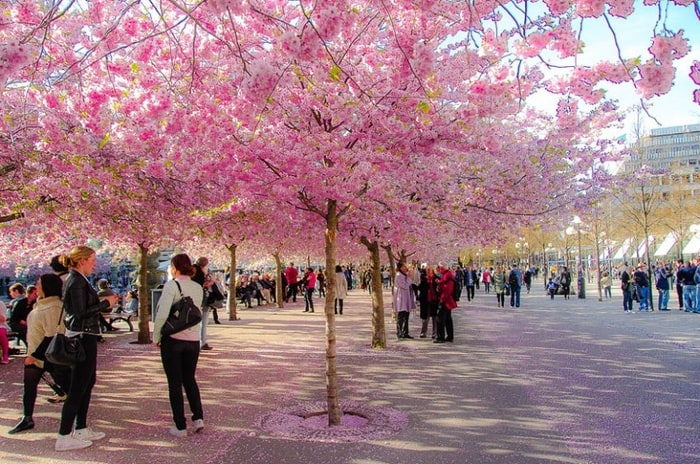 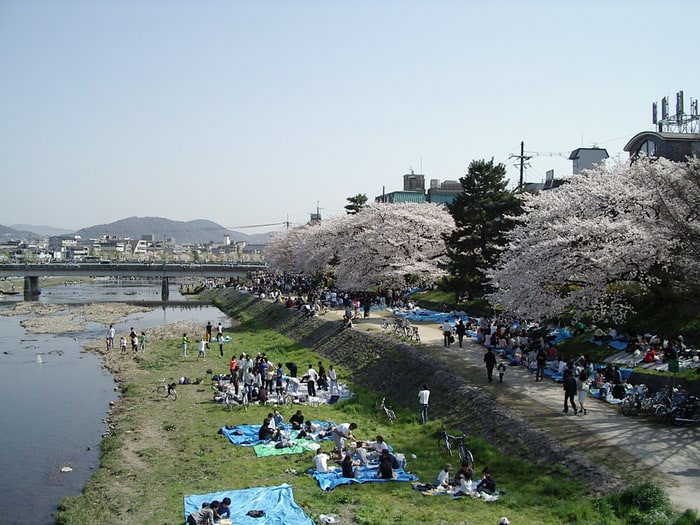 Hanami (花見?, lit. "flower viewing") is the Japanese traditional custom of enjoying the transient beauty of flowers, flowers ("hana") in this case almost always referring to those of the cherry ("sakura") or, less frequently, plum ("ume") trees. From the end of March to early May, sakura bloom all over Japan, and around the first of February on the island of Okinawa. The blossom forecast (桜前線 sakura-zensen?, literally cherry blossom front) is announced each year by the weather bureau, and is watched carefully by those planning hanami as the blossoms only last a week or two. In modern-day Japan, hanami mostly consists of having an outdoor party beneath the sakura during daytime or at night. In some contexts the Sino-Japanese term kan'ō (観桜?, view-cherry) is used instead, particularly for festivals. Hanami at night is called yozakura (夜桜?, literally night sakura). In many places such as Ueno Park temporary paper lanterns are hung for the purpose of yozakura. On the island of Okinawa, decorative electric lanterns are hung in the trees for evening enjoyment, such as on the trees ascending Mt. Yae, near Motobu Town, or at the Nakijin Castle.

A more ancient form of hanami also exists in Japan, which is enjoying the plum blossoms (梅 ume) instead, which is narrowly referred to as umemi (梅見?, plum-viewing). This kind of hanami is popular among older people, because they are calmer than the sakura parties, which usually involve younger people and can sometimes be very crowded and noisy. (Wikipédia)

But The Sign Says; More Personal Favorites by Iceviper

Cities in Japan by Population by Kandi

Singing and Playing by Kandi

Elephant in Films by Kandi