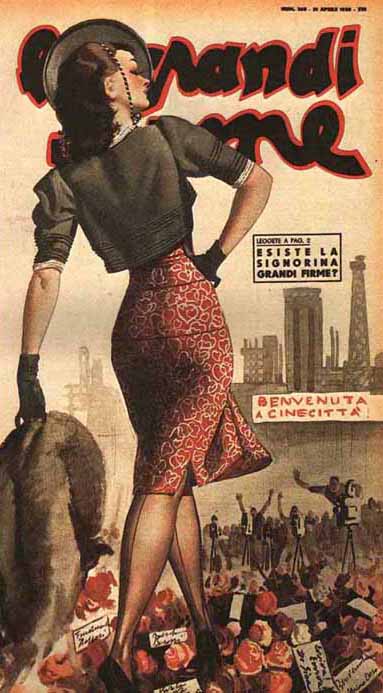 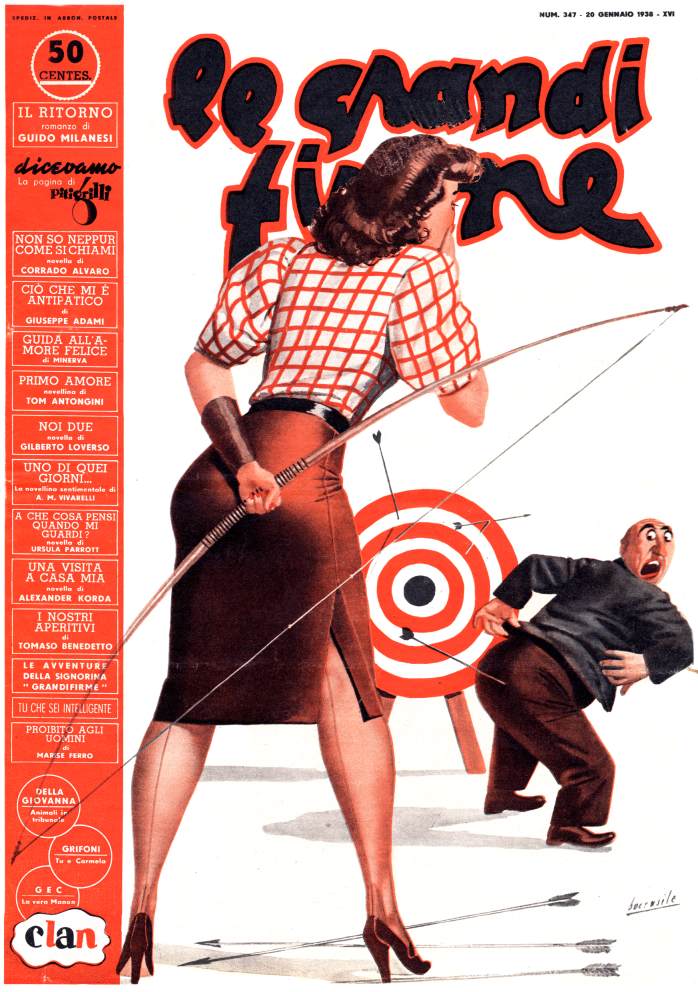 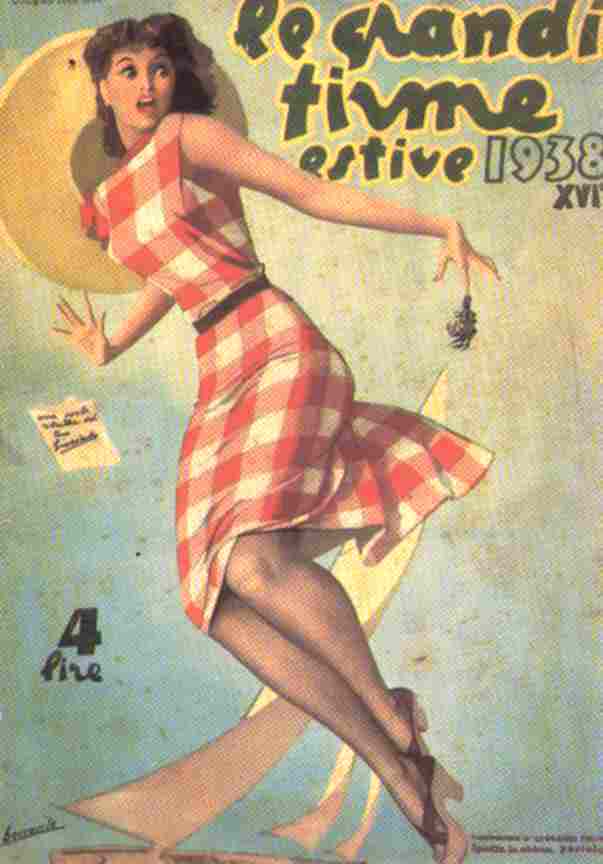 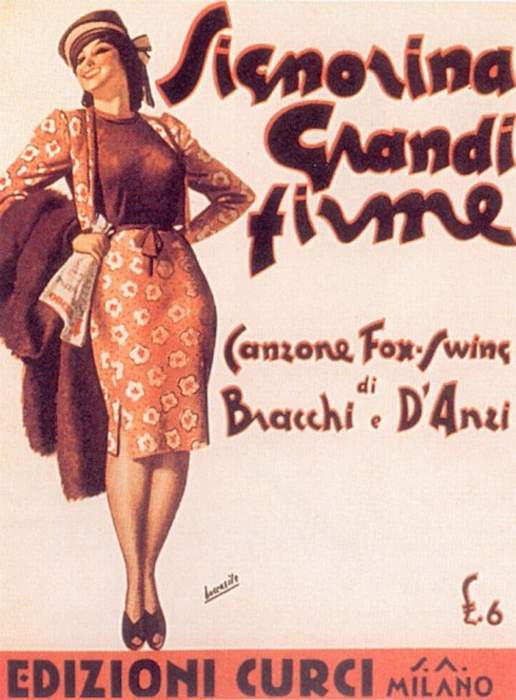 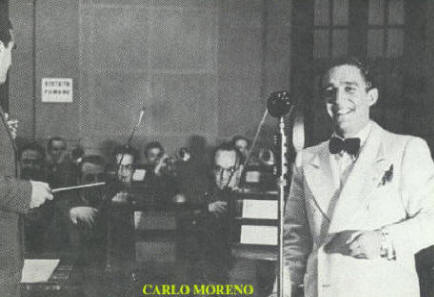 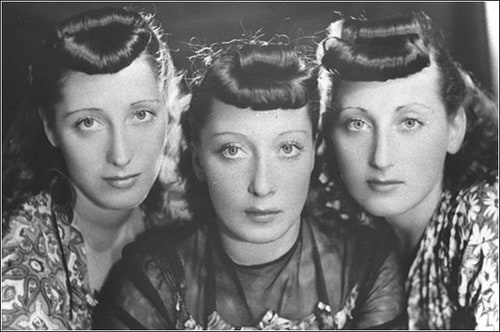 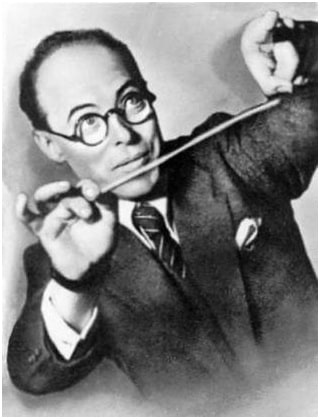 Italian bandleader and composer Pippo Barzizza. He was the most popular Italian swing bandleader from the 1930s to the 1950s, author of many soundtracks (mainly of comedies and of comic movies) and collaborator of the Italian national radio and TV broadcaster (both as EIAR and as RAI).
Pippo Barzizza was also the father of late 1940s and 1950s revue and comedy star Isa Barzizza. 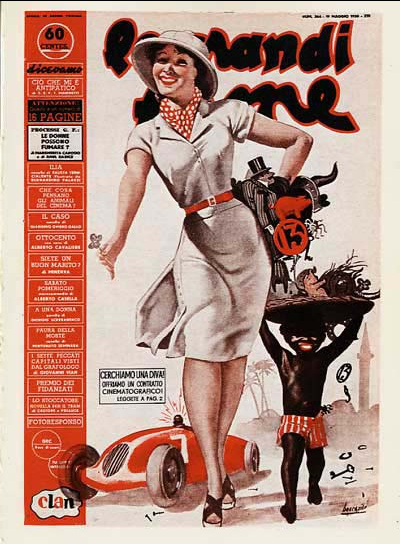 In 1938 Le Grandi Firme promoted a national beauty contest: the prize was a movie contract. The beauty contest was won by the 19-year-old Barbara Nardi, who starred in Mario Bonnard's Papà Per una Notte (Daddy for one night, 1939) and in Emanuele Caracciolo's Troppo Tardi T'Ho Conosciuta (I met you too late, 1940). Both movies belonge to the late 1930s and early 1940s Italian decò comedies (aka telefoni bianchi movies). 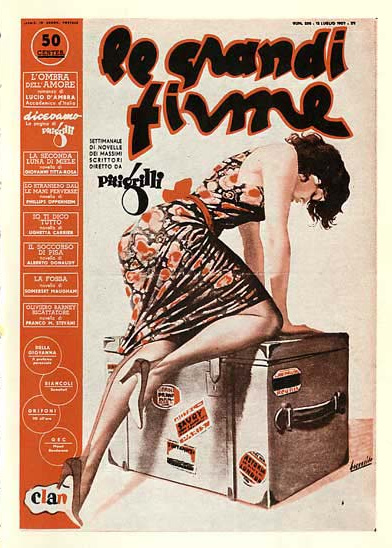 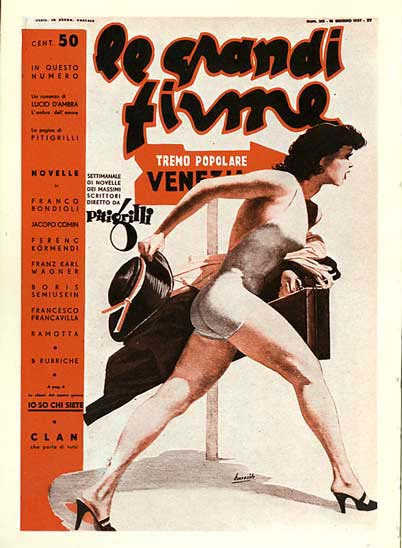 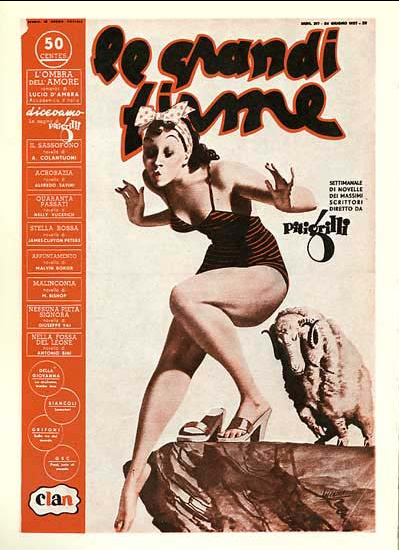 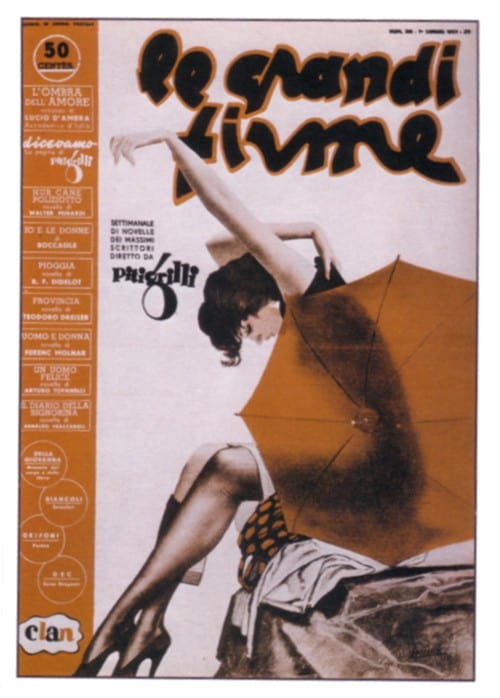 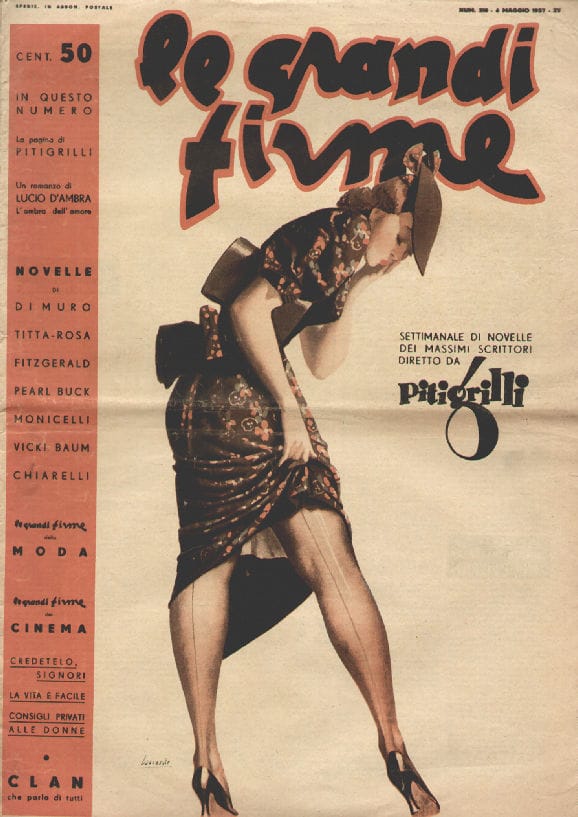 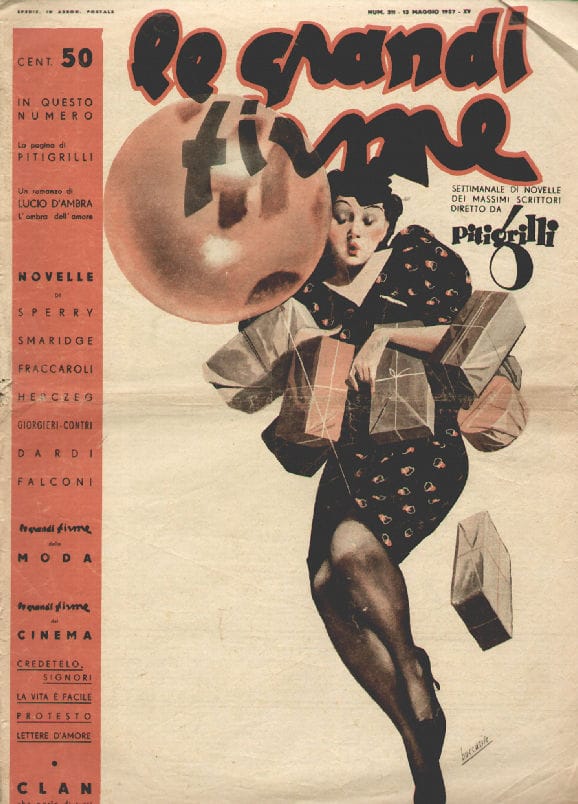 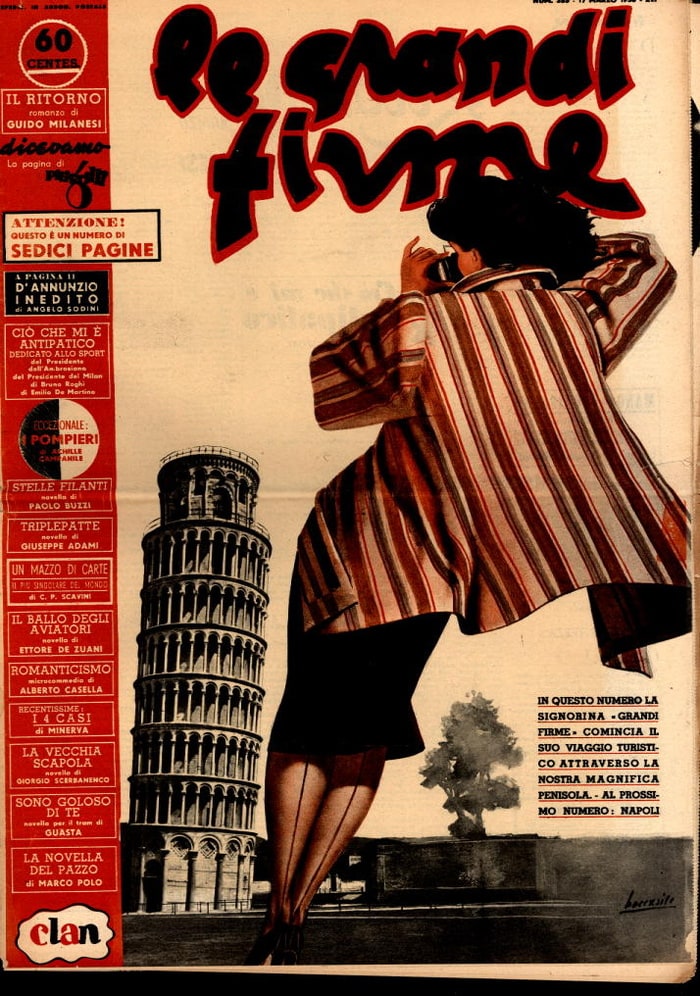 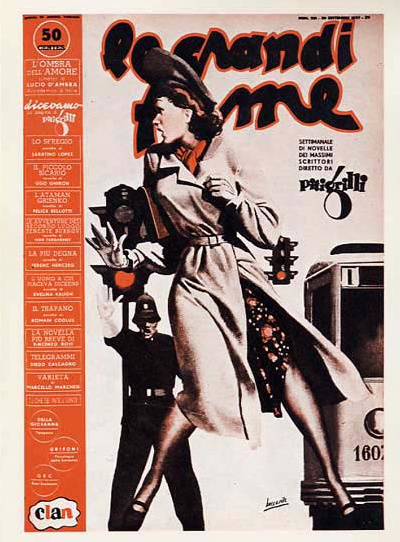 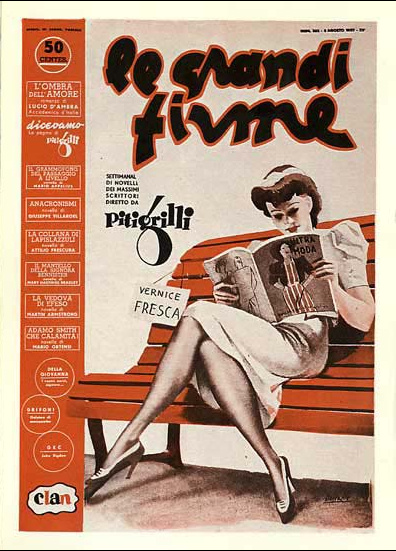 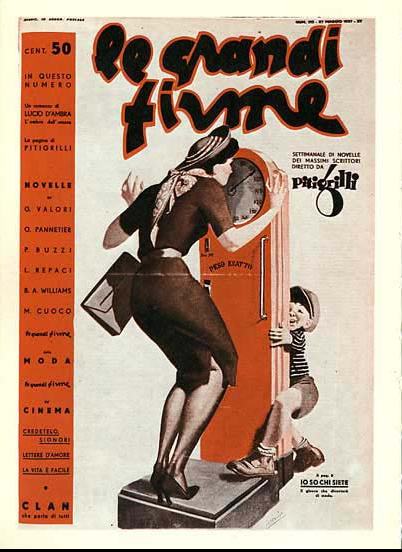 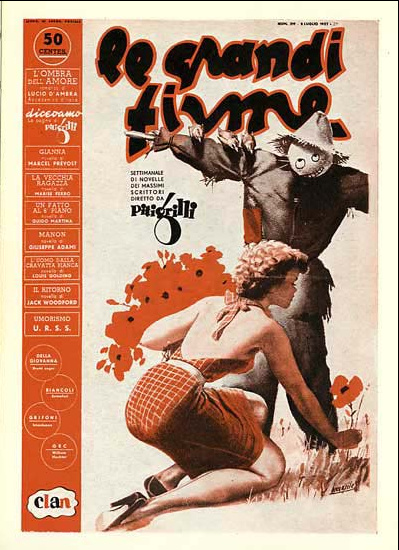 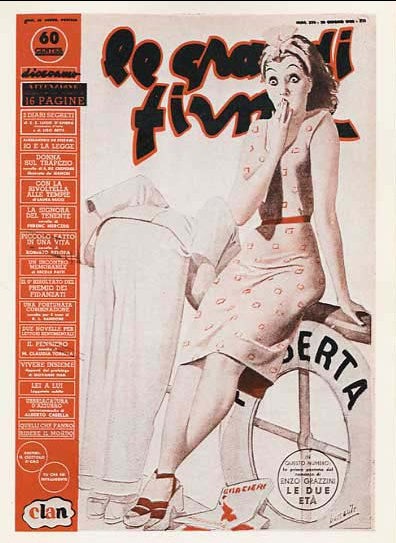 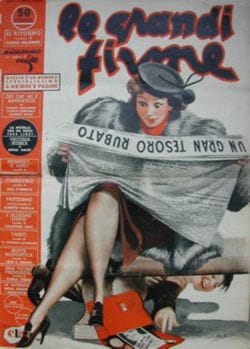 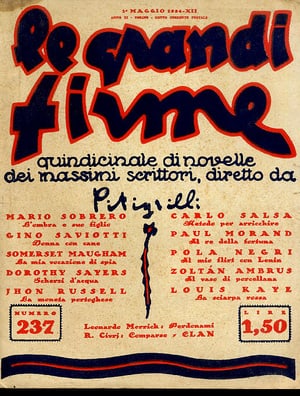 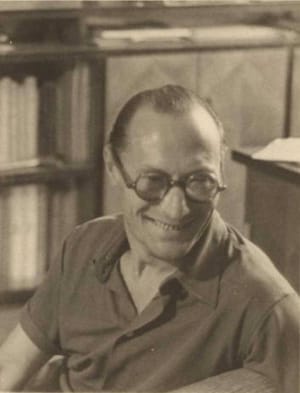