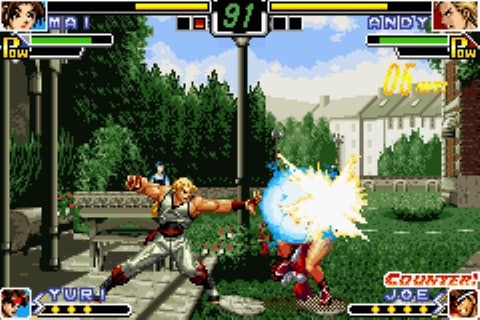 I really can't explain why I like this one so much...I just do. It just sticks out to me. I'm also proud of the fact that I've trained myself to look for potential screenshots even when in trouble in-game. This is one of those cases, as the computer had started a rough offense on me...But this nifty screen was worth taking a bit of punishment for.
ape's rating: 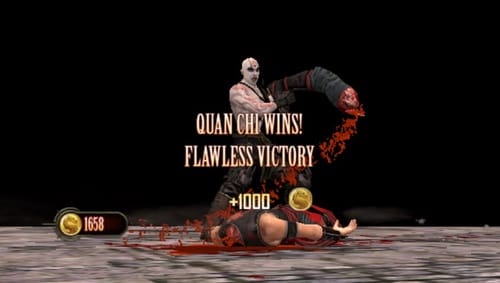 Got a flawless victory with Quan Chi...Then performed one of his fatalities. The result is him beating his opponent with his own torn-off, bloody limb, while the flawless victory message appears on screen. 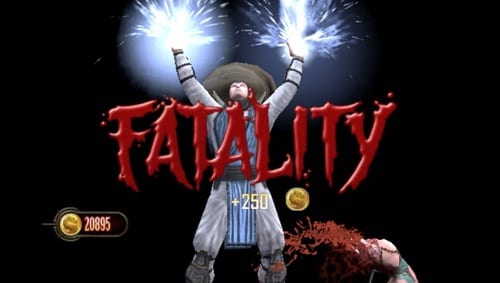 Not sure why I like this one so much, but I do. I guess I just enjoy the black background with Raiden shooting lightning into the sky, with the giant, red FATALITY message on the screen overlapping him. 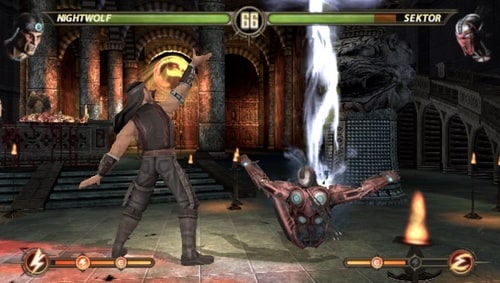 The thing about screenshots on the Vita, is that once you perform one in a game with a lot of action, you're a sitting duck until the system finishes saving the picture...Unlike the very nice screenshot feature you could get if you hacked the PSP, which actually paused the game as the screenshot was taken. But anyway, this wasn't an overly complicated screenshot to capture, but I still enjoy the result.
ape's rating: 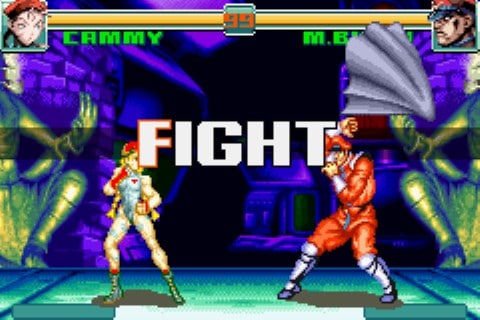 In a lot of older games, "blinking" objects are common. Getting a screenshot with the blinking object in the shot requires more luck than skill, as you've just got to hope that you got the shot on the exact frame that the object was in the shot...Otherwise, it's like a vampire in a mirror; not visible. With that long explanation out of the way, M. Bison's cape blinks out of the picture as he throws it off. By luck, I happened to get a shot of it in the solid state. The result is a neat little screenshot with a touch of drama added in.
ape's rating: 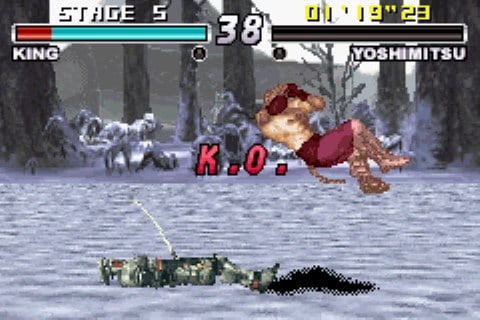 I like this shot for one reason and one reason only - it makes me laugh. I jumped up and went for an elbow drop on my opponent after the fight was already over. The fact that I managed to get the shot with the K.O. letters not overlapping anything just makes it sweeter.
ape's rating: 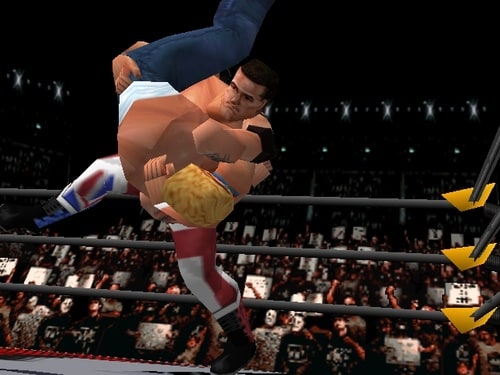 I always like a good action shot. This one involves the British Buldog, Davey Boy Smith, in mid-powerslam about to drive Diamond Dallas Page into the mat. I just really enjoy not only that I managed to snap the shot in mid-move, but how the two wrestlers really pop out and how the shot looks as a whole. Pretty proud of this one.
ape's rating:

I like taking screenshots when I play a game. I don't have access to make screenshots for everything, but when I can, I often do. These are just some of my favorite screens that I, personally, captured.

More will be added when I either make more, or go back through the thousands of screens on my computer and find more....Or both.

Games featuring the voice of Richard Horvitz by John E.

3DO Games - ranked by preference by ape