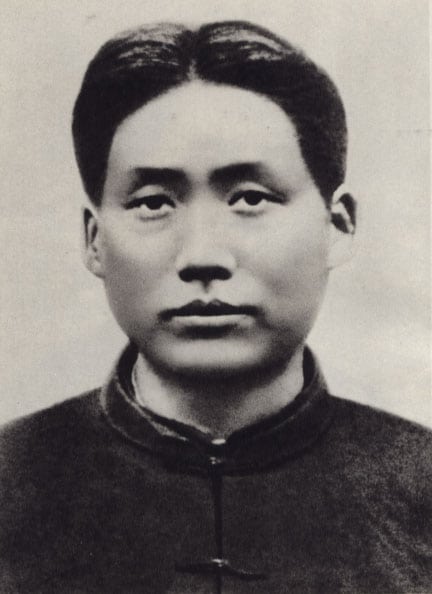 Mao turned China from a feudal backwater into one of the most powerful countries in the World. The Chinese system he overthrew was backward and corrupt; few would argue the fact that he dragged China into the 20th century. But at a cost in human lives that is staggering.Mao remains a controversial figure and there is little agreement over his legacy both in China and abroad. He is generally credited and praised with having unified China and ending the previous decades of civil war. He is also credited with having improved the status of women in China and improving literacy and education. His policies caused the deaths of tens of millions of people during his 27-year reign, more than any other Twentieth Century leader, however supporters point out that in spite of this, life expectancy improved during his reign. His supporters claim that he rapidly industrialized China however, others have claimed that his policies, particularly the controversially named 'Great Leap Forward' and the Cultural Revolution, were impediments to industrialization and modernization.
PulpRoman's rating: 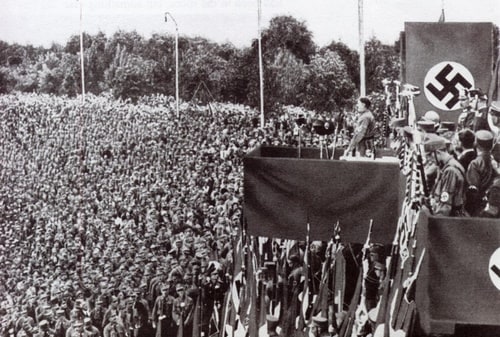 With Germans who opposed Nazism failing to unite against it, Hitler soon moved to consolidate absolute power.Hitler's suicide was likened by contemporaries to a "spell" being broken. However, public support for Hitler had collapsed by the time of his death and few Germans mourned his passing; Ian Kershaw argues that most civilians and military personnel were too busy adjusting to the collapse of the country or fleeing from the fighting to take any interest.According to historian John Toland National Socialism "burst like a bubble" without its leader.
Hitler's actions and Nazi ideology are almost universally regarded as gravely immoral; according to historian Kershaw, "Never in history has such ruination—physical and moral—been associated with the name of one man". Hitler's political programme had brought about a world war, leaving behind a devastated and impoverished Eastern and Central Europe. Germany itself suffered wholesale destruction, characterised as "Zero Hour". Hitler's policies inflicted human suffering on levels akin to many other associated with this list.Historian Friedrich Meinecke described Hitler as "one of the great examples of the singular and incalculable power of personality in historical life". 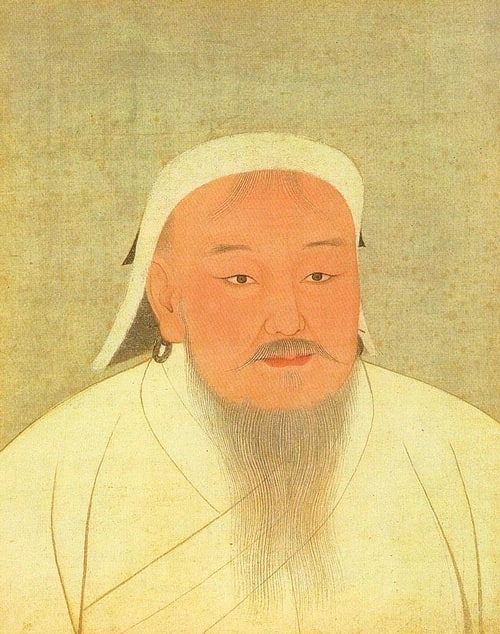 Like other notable conquerors, Genghis Khan is portrayed differently by those he conquered and those who conquered with him. Negative views of Genghis Khan persist in histories written by many cultures from different geographical regions. They often cite the cruelties and destruction brought upon by Mongol armies, not to mention the systematic slaughter of civilians in the conquered regions; other authors cite positive aspects of Genghis Khan's conquests as well.Traditionally Genghis Khan had been revered for centuries among the Mongols and among certain other ethnic groups such as the Turks, largely because of his association with Mongol statehood, political and military organization, and his historic victories in war. He eventually evolved into a larger-than-life figure chiefly among the Mongols and is still considered the symbol of Mongolian culture.In Mongolia today, Genghis Khan's name and likeness are endorsed on products, streets, buildings, and other places. His face can be found on everyday commodities, from liquor bottles to candy products, and on the largest denominations of 500, 1,000, 5,000, 10,000, and 20,000 Mongolian tögrög (₮). Mongolia's main international airport in Ulaanbaatar has been renamed Chinggis Khaan International Airport. Major Genghis Khan statues have been erected before the parliament and near Ulaanbaatar.In the Middle East and Iran, he is almost universally looked on as a destructive and genocidal warlord who caused enormous damage and destruction to the population of these areas. Steven R. Ward wrote that "Overall, the Mongol violence and depredations killed up to three-fourths of the population of the Iranian Plateau, possibly 10 to 15 million people. Some historians have estimated that Iran's population did not again reach its pre-Mongol levels until the mid-20th century."
Similarly, in Afghanistan (along with other non-Turkic Muslim countries) he is generally viewed unfavorably though some groups display ambivalence as it is believed that the Hazara of Afghanistan are descendants of a large Mongol garrison stationed therein.
The invasions of Baghdad, Samarkand, Urgench, Kiev, Vladimir among others caused mass murders, such as when portions of southern Khuzestan were completely destroyed. His descendant Hulagu Khan destroyed much of Iran's northern part and sacked Baghdad although his forces were halted by the Mamluks of Egypt. According to the works of the Persian historian Rashid-al-Din Hamadani, the Mongols killed more than 70,000 people in Merv and more than 190,000 in Nishapur. In 1237 Batu Khan, a grandson of Genghis Khan, launched an invasion into Kievan Rus'. Over the course of three years, the Mongols destroyed and annihilated all of the major cities of Eastern Europe with the exceptions of Novgorod and Pskov. A genocidal manic who killed entire nations on account of some pre medieval sense of pride but regarded by some as one of the greatest conquerors; a polarising figure to say the least.
PulpRoman's rating:

Stalin created a cult of personality in the Soviet Union around himself. Many personality cults in history have been frequently measured and compared to his. Numerous towns, villages and cities were renamed after the Soviet leader. He accepted grandiloquent titles (e.g., "Coryphaeus of Science," "Father of Nations," "Brilliant Genius of Humanity," "Great Architect of Communism," "Gardener of Human Happiness," and others), and helped rewrite Soviet history to provide himself a more significant role in the revolution of 1917. 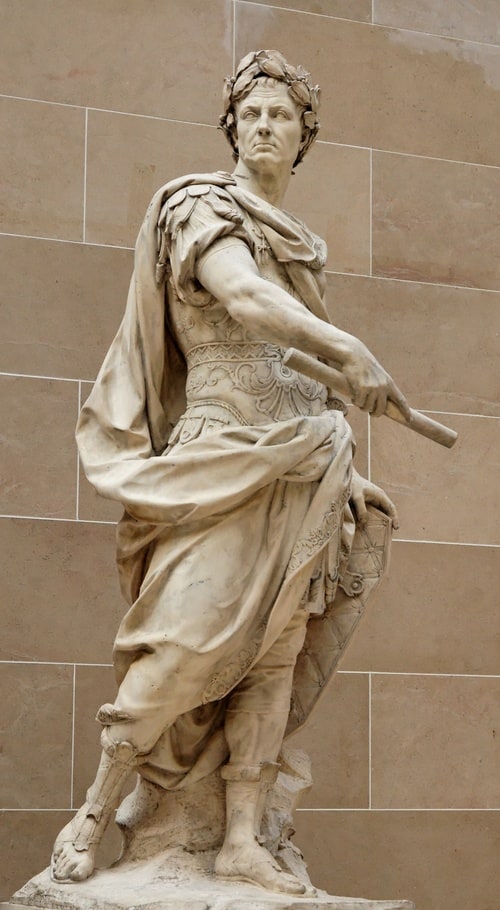 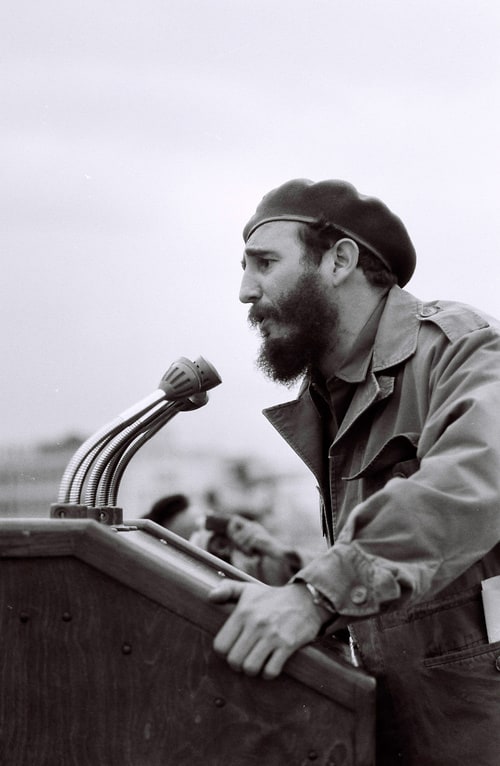 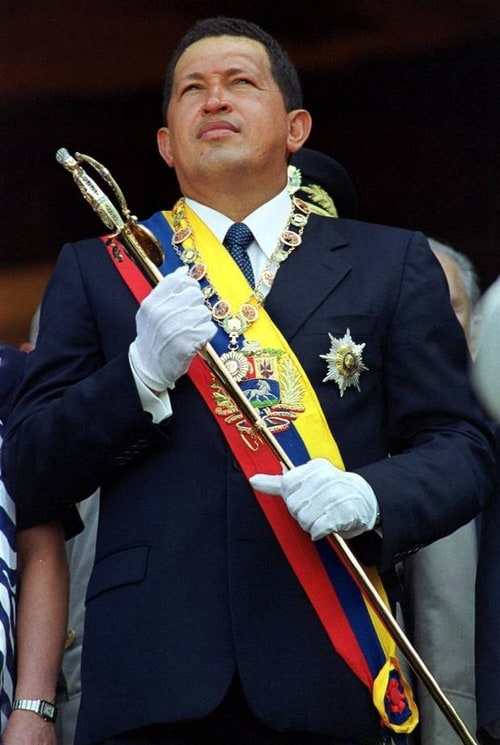 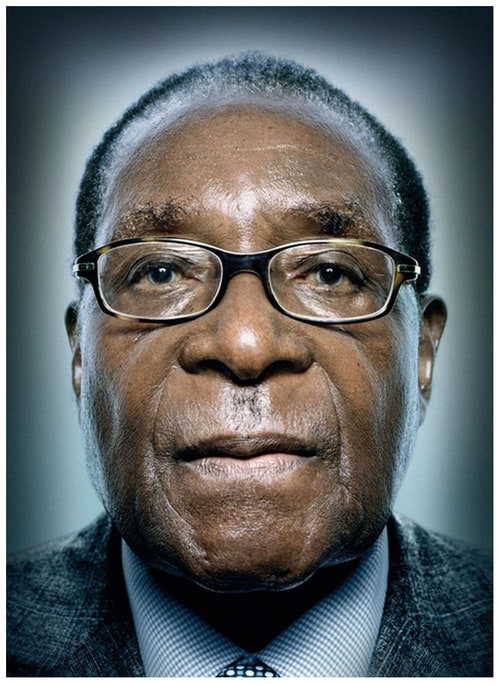 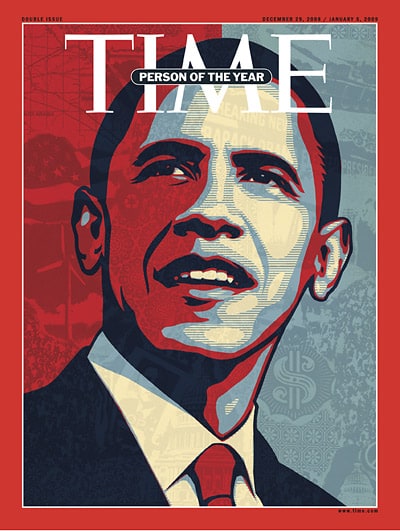 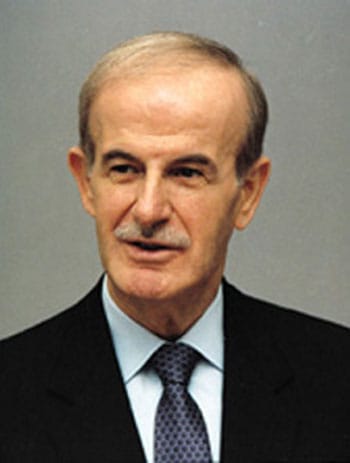 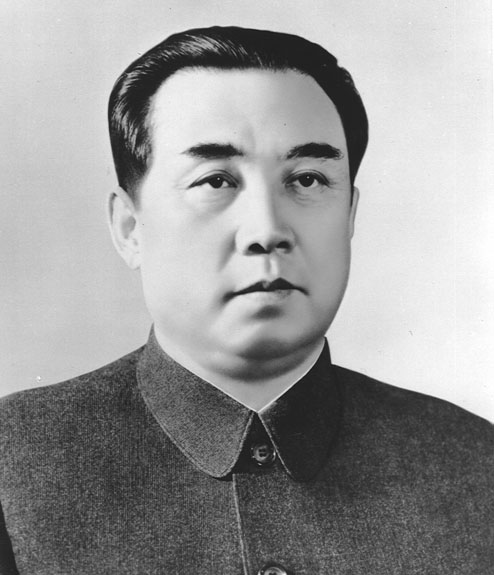 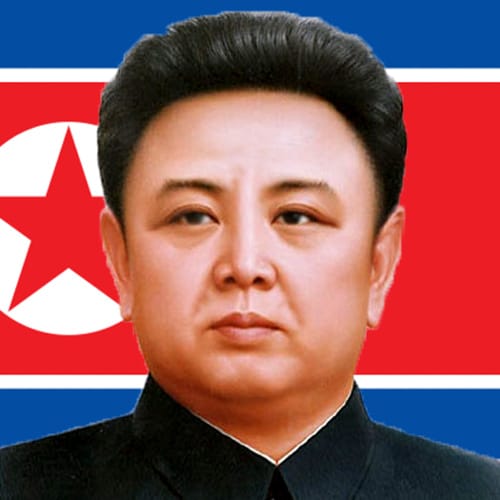 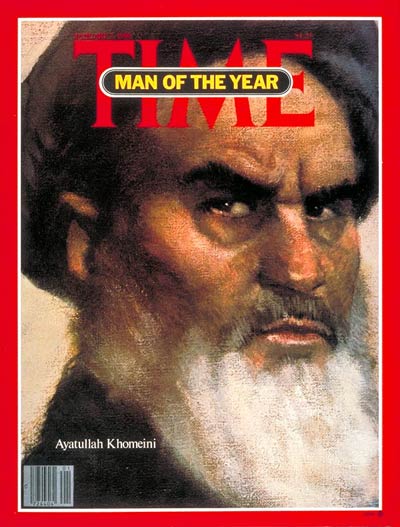 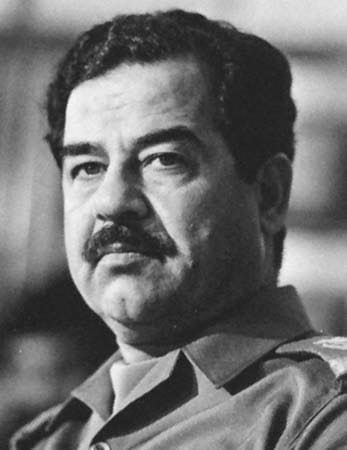 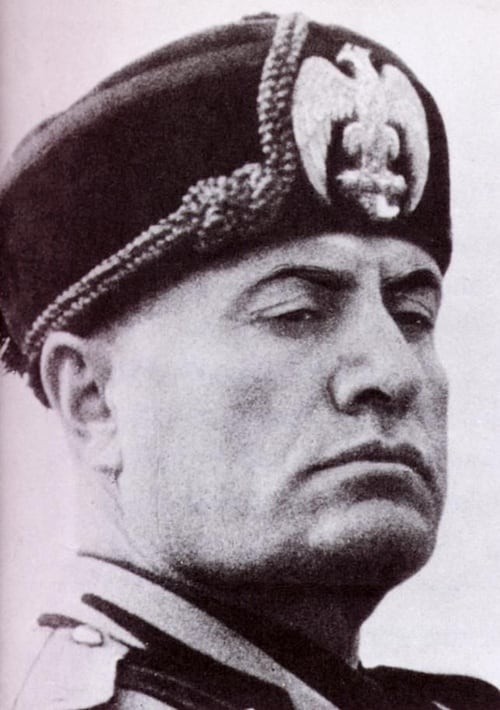 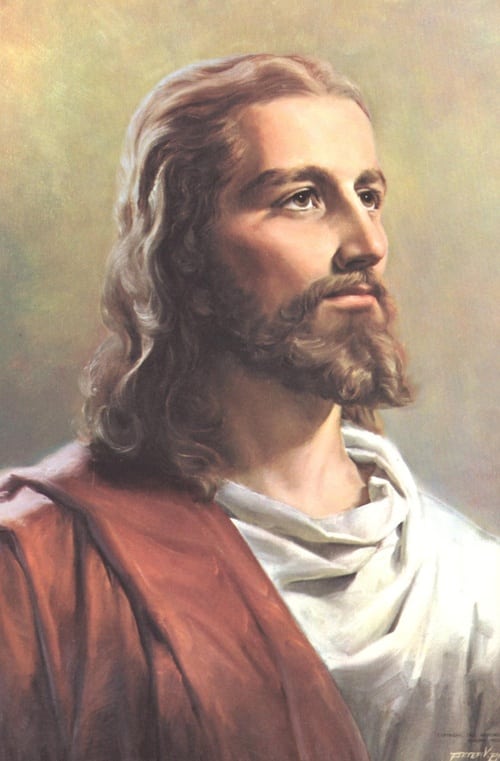 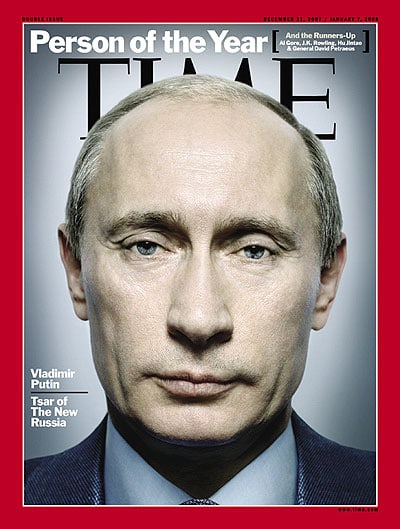 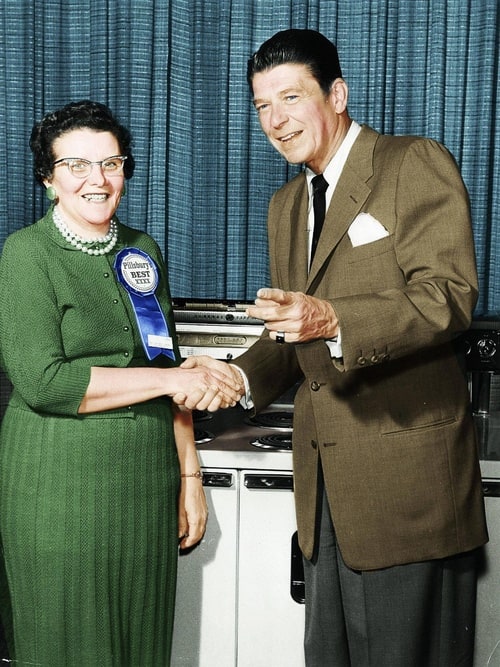 A cult of personality arises when an individual uses mass media, propaganda, or other methods, to create an idealized, heroic, and, at times god-like public image, often through unquestioning flattery and praise. Sociologist Max Weber developed a tripartite classification of authority; the cult of personality holds parallels with what Weber defined as "charismatic authority". A cult of personality is similar to hero worship, except that it is established by mass media and propaganda: Wiki.

The Best of Christmas - A Movie Catalog by Victorian Fantasy

The Ladies of Laurel and Hardy by Holy Godiva

Pretty As A Picture #5 by Iceviper

Brides and Regal Elegance by PulpRoman

Roman's Lists of Reference by PulpRoman