Best coats of arms in the world

My coat of arms

The National Shield has the same colors of the National Flag arranged in the same way. It has in the center the open Bible in the Gospel of Saint John chapter 8, verse 32 and above it a cross, which arises from a trophy made up of three lances and four national flags without shields, arranged on both sides; He carries a laurel branch on the left side and a palm branch on the right side. It is crowned by an ultramarine blue ribbon on which the motto "Dios Patria Libertad" is read. At the base is another vermilion red ribbon whose ends face upward with the words "Dominican Republic." The shape of the National Shield is a quadrilateral, with salient upper angles and rounded lower angles, the center of whose base ends in a point, and it is arranged in such a way as to result in a perfect square by drawing a horizontal line that joins the two verticals. of the quadrilateral from where the lower angles begin. 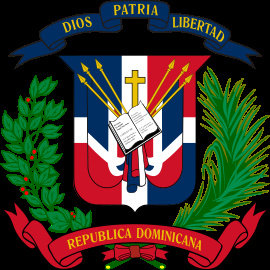 The oldest shield in the world being used for the first time in the year 980. The shield consists of a blazon with the colors of the Ukrainian flag that has an abstract representation of a trident. The trident is linked to a paronomasia (in Ukrainian) between the old word for freedom and the word for trident. So this abstract figure or symbolization is commonly called the trident (in Ukrainian: Тризуб, Tryzub).

It is a heraldic eagle derived from the Roman eagle banner, used by the Emperors of the Holy Roman Empire. The current shield in 1950. This shield was designed in 1926 by Tobias Schwab reforming the shield of the Weimar Republic.

King Magnus III was the first Norwegian king to use a heraldic lion on his banner, but this claim is not solidly documented. The use of the lion as an emblem is documented for the first time during the reign of Sverre I who introduced it on his seal. Haakon IV again adopts the figure of the lion. In 1280, during Erico II reigning, a silver crown and ax were inserted into the shield. The ax is an allusion to the death of Saint Olaf, who died on July 29, 1030 at the Battle of Stiklestad, supposedly wounded by this weapon. 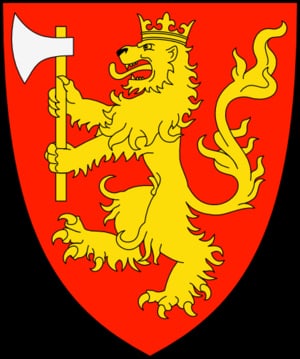 The coat of arms of England was introduced by King Richard I during the last decade of the 12th century, it is believed to be a version of the Duchy of Normandy, whose shield is made up of two leopards. Although the figures on both coats of arms were identical, in England they came to be regarded as lions. The other lion corresponds to the Duchy of Aquitaine. 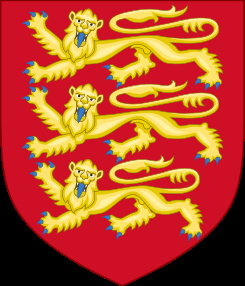 The coat of arms consists of an azure blazon with a golden harp with silver strings, it comes from the Gaelic harp tradition, the so-called clàrsach, as the traditional heraldic emblem of Ireland. The harp has been recognized as a symbol of Ireland since the 13th century. 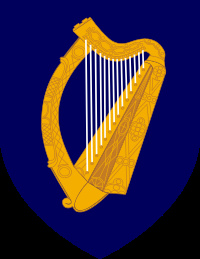 According to legend Lech (the mythical founder of Poland) saw a white eagle's nest and considered it a good omen. Later he founded the city of Gniezno (gniazdo means nest). The moment the eagle spread its wings and soared into the sky, a ray of the red setting sun fell on its wings, so that they appeared golden. 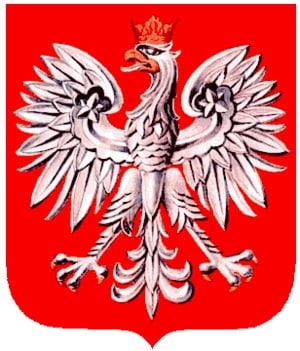 His coat of arms is one of the oldest shields in the world, being adopted in 1339. The figures of the monks allude to the conquest of Monaco by Francisco Grimaldi in 1297, when he entered accompanied by soldiers disguised as monks who hid their weapons under their robes. 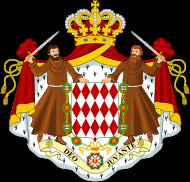 Another of the oldest shields in the world dating back to the 14th century during the papal states. On the shield, the golden key represents the spiritual power of the Catholic Church and the silver key represents its temporal power. The cord is the symbol of the link between the two powers. The keys have been, since the 14th century, a symbol of the Holy See. The tiara is composed of three crowns that represent the powers of the pope as "pastor", "teacher" and "high priest" of the Church. 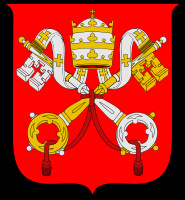 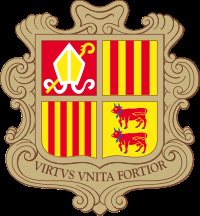 The design of the shield was made by the English artist Charles Wood, winner of a contest initiated by the government of President Joaquín Prieto in 1832. His coat of arms uses the colors and the star of the Chilean flag. Its tenants are a condor and a Huemul (endemic animals of Chile). 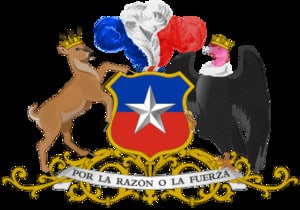 Top 10 best coats of arms in the world according to heraldry.

Goddesses with big cats by lovedriver

Discography of... MGMT by SchwarzerAbt

Memories of adolescence by Texal

Energy sources and power of shounen anime by Texal