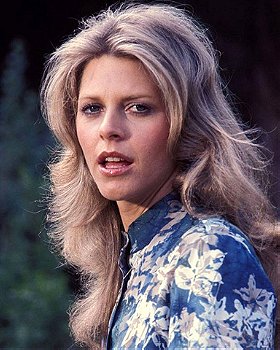 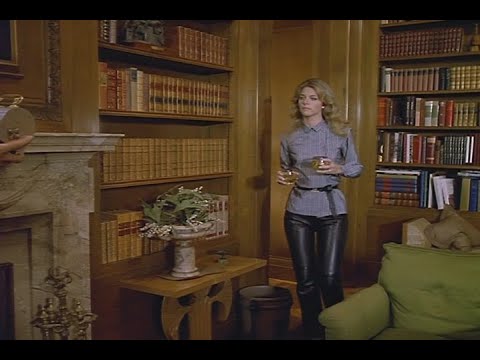 Lindsay Wagner makes little distinction between her life as an actress, advocate, mother or author. What unites these various parts is a commitment through her work and her personal life to exploring and advancing human potential.

Lindsay first came to prominence in the critically-acclaimed role of Susan Fields in Vida de un estudiante (1973), but received household recognition worldwide when she broke the mold for women on television with her iconic portrayal of Jaime Sommers. As she collaborated with the writers, La mujer biónica (1976) became an inspiration around the world and, in 1977, Lindsay won the Emmy for "Outstanding Lead Actress in a Drama Series".

Her now-strong influence in the media and a desire to use that as a way to communicate ideas to help people in their personal journey is demonstrated in so many of the films in which she starred, such as: The Incredible Journey of Doctor Meg Laurel (1979), the struggle between naturopathic and allopathic healthcare (1979); I Want to Live (1983), the moral dilemma regarding capital punishment (1983); Llanto de niño (1986), child sexual abuse (1986); The Taking of Flight 847: The Uli Derickson Story (1988), some root complexities of terrorism (1988); Evil in Clear River (1988), the quiet rise of the Neo-Nazi movement in America (1988); Shattered Dreams (1990), on family violence, which she also co-produced (1991); Luchando por mi hija (1995), highlighting the problem of teen prostitution (1995); Lazos secretos (2005), expressing compassion for the animal kingdom and the importance of family (2005); Four Extraordinary Women (2006), the emotional effect of breast cancer on family members (2006). As a result of the volume of her successful productions, she was often referred to as the "Queen of TV Movies".

Lindsay has long been acknowledged as one of the top leading spokespersons in the United States, a role she took very seriously with regard to the impact it would have on the public, which in turn reinforced her position as a respected voice in the community. She was given a Genii Award as "Performer of the Year" in 1985. Lindsay has co-authored a bestselling vegetarian cookbook, "The High Road to Health" (1990) and "Lindsay Wagner's New Beauty: The Acupressure Facelift" (1986). She has recently released a meditation CD, "Open to Oneness".

Off-screen, Lindsay is passionate about the study and sharing of holistic healing modalities, integrating mind, body and spirit. For 25 years, she has been the Honorary Chair of ICAN (Inter-Agency Council on Child Abuse and Neglect). She has also been heavily involved in human rights, domestic violence, animal welfare and the environment. From 2003-2006, in collaboration with the Los Angeles County Sheriff's Department, Lindsay co-facilitated a counseling group for convicted batterers and their families. Her work utilized a range of psychological and spiritual techniques.

For the public, Lindsay facilitates experiential "Quiet the Mind & Open the Heart" workshops and retreats. These programs are designed to help overcome our own personal challenges, while accessing the peace and joy that is naturally within us. Lindsay offers these programs to the public as well as special interest groups as a way of sharing, that which has greatly impacted her life. ... (more) (less)
Tags: Actress (4), American (3), Born 1949 (3), The Bionic Woman (2), Lovely (1), Six Million Dollar Man (1), Bionic Woman (1), Leggy (1), Hollywood Walk Of Fame (1), Enchanting (1), Cougar (1), Sweet (1), Emmy Winner (1), Vegetarian (1), Cancer (1), Legend (1), Slow Motion (1), Female (1)
My tags:

3. Love Finds You in Valentine

usafsg voted for an image 9 hours, 6 minutes ago

TrekMedic voted for an image 1 month ago

burnodo voted for an image 1 month ago

fuskator voted for an image 2 months, 1 week ago

oldman voted for an image 6 months, 1 week ago

Campagnola voted for 25 images [View All] 10 months, 3 weeks ago

EFPaisley voted for an image 1 year, 4 months ago

Marek added this to a list 1 year, 4 months ago

lovedriver voted for an image 1 year, 8 months ago

Campagnola voted for an image 1 year, 9 months ago