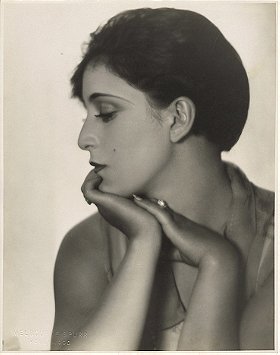 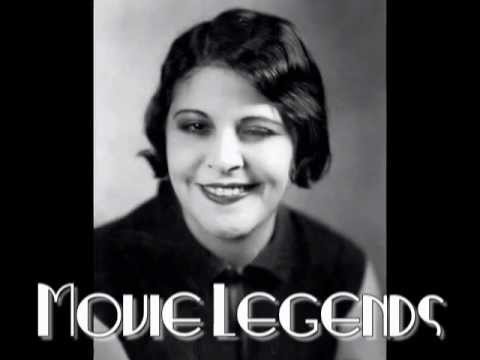 She was born to shop owner Frank Baskette and Gladys Rosenberg in San Mateo, California. After the death of her father and subsequent marriage of her mother to dance director Ernest Belcher, she and half-sister Marge Champion got an early start in dance and entertaining. She danced in the Ziegfeld Follies in New York City, and secured her first film contract at the age of nine in 1916 with Universal Studios for the silent film series, Lena Baskette Featurettes.

In 1923, Ziegfeld Follies producers officially dubbed her "America's Prima Ballerina." Basquette was named one of thirteen WAMPAS Baby Stars in 1928 and the following year made The Younger Generation with Frank Capra.

In 1929, she also made The Godless Girl with Cecil B. DeMille, arguably the role for which she was best remembered, for she named her 1990 autobiography Lina: DeMille's Godless Girl. In this film, made at the transition from the silent era to the talkies, she played the title character. Judith is based on Queen Silver, a child prodigy and socialist orator. The character, leader of a high school atheist society, forces members to renounce The Bible while placing a hand on the head of a live monkey. In the climactic scene, DeMille insisted on realism in filming a last shot of the reformatory going up in flames.

After appearing in The Godless Girl, Basquette soon became a star in future DeMille films. While working for DeMille, Basquette began an affair with DeMille's chief cameraman, J. Peverell Marley. After this, she agreed to marry Marley, and the two were married in 1928. By 1930, Basquette was broke and spent a good amount of her time partying with fellow actresses Jean Harlow, Clara Bow and Carole Lombard.

In 1925, Basquette began an affair with Sam Warner of Warner Brothers and the couple married on July 4, 1925. She was the mother of a daughter, Lita, at 19, and a widow at 20 when Sam Warner died from a brain abscess complicated by pneumonia. Warner left her $100,000.00 of his money and $40,000 from a life insurance policy, a car, the household goods, and $85 a week from one of Warner's trust funds.

When Basquette began to neglect her family, Warner's older brother, Harry, filed for legal guardianship of Lita Warner and it was awarded on March 30, 1930. Basquette was never financially stable enough to regain custody of her daughter. In 1931, Basquette, now divorced from Marley and depressed without her daughter, tried to commit suicide by taking poison. Basquette would only see Lita on two occasions over the next twenty years: in 1935, when Harry Warner and his family moved to Los Angeles, and when Lita was married to Dr. Nathan Hiatt in 1947.

In her autobiography, Lina: Demille's Godless Girl (1990), Basquette recounts her tempestuous affair with former world heavyweight boxing champion Jack Dempsey. The relationship came after Basquette discovered that her current husband, Theodore Hayes, whom she married on October 31, 1931, was a bigamist. Hayes was Dempsey's former trainer and Basquette's manager in theatrical affairs. On September 10, 1932, the actress was granted a Mexican divorce from Hayes. The divorce was granted on a plea of desertion for more than six months in Nogales, Sonora, Mexico.

In 1943, Basquette was raped by an AWOL serviceman who trespassed onto her Pennsylvania farm. The highly-publicized crime led to the soldier getting 20 years in prison.

Kandi voted for an image 2 years, 7 months ago