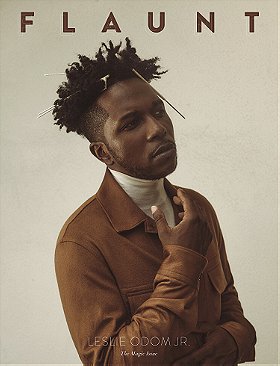 9 votes
Actors Who Can Sing (291 items)
list by Emmabell
Published 4 years, 8 months ago

1 vote
View all Leslie Odom Jr. pictures
Broadway, television and film actor whose best known stage role was as Aaron Burr in the musical Hamilton, earning him a nomination for a 2015 Drama Desk Award for Outstanding Featured Actor in a Musical. He was also well known as Sam Strickland in NBC's Smash.
Tags: Actor (1)
My tags:

donpa voted for an image 2 months ago

bluemelody voted for an image 3 years, 8 months ago

IsabellaSilentRose added this to a list 4 years, 6 months ago
Tony Awards 2017 (82 person items)

Emmabell added this to a list 4 years, 8 months ago
Actors Who Can Sing (291 person items)

milagenovez added this to a list 5 years, 5 months ago
My Favorite Guest Appearances on Grey's anatomy (81 person items)