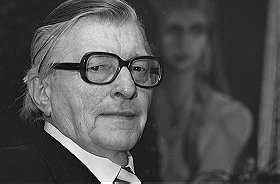 "Many of the best writers chose to rebel against the regime, and others chose to submit in order to protect their lifestyle. Ladislav Fuks falls squarely into the second category, even more so than the aforementioned Hrabal. Because of this, he was not well regarded by the Czech literary community on the whole. However, his work is full of the black comedy that makes up such a big part of the Czech sense of humor, and it often deals with the psychological station of people living under totalitari"