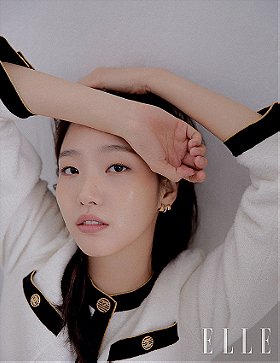 When she was four years old, Kim Go-eun's family moved to China and lived there for about 10 years. Because she did not experience the fierce competition of the Korean early education system, director Jung Ji-woo gives credit to her upbringing, saying, "She is naturally curious and brave. She’s strong in a sense that she isn’t influenced easily. She doesn’t do things just because everyone else does it."

dougcampbell rated this 8/10 4 months ago

Pako voted for an image 2 years, 11 months ago

MichelleCassidy rated this 10/10 3 years, 3 months ago

psow voted for an image 3 years, 4 months ago

narrador nuevo rated this 8/10 4 years ago

Dominika added this to a list 4 years, 4 months ago
Top 200 Most Beautiful Korean Women (175 person items)

irishblue voted for an image 4 years, 6 months ago