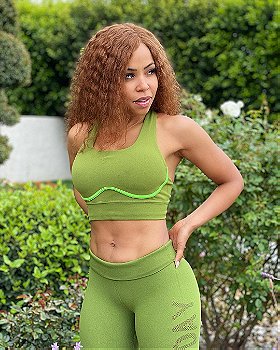 As the co-creator of Black & Sexy TV'S Cheap Chicks, she has earned popular acclaim for her roles as the star in the dramedy Friends: a Depression Story and has proven that she can disappear into a role and mesmerize audiences.

As a guest star on Lebron James' Survivors Remorse on Starz, co-star on Kevin Hart's hit show Husbands of Hollywood on BET, and All My children, actress KJ Smith has successfully made the crossover from the corporate treadmill to feature film work, several national commercials, book covers and hair care print campaigns. Her resume secured her a spot as a guest star on Starz's survivor's remorse.

KJ is currently filming recurring roles on the popular series shows "The Therapist" and "Blackboots".

She has one sibling who is a well known news reporter; her sister inspired her to stand in front of the camera with confidence and to tap into her penchant for acting.

KJ studied Business Marketing at The Florida State University. After a series of sleepless nights and denouncing her fears, KJ relocated to the "city of angels" where she has made acting her business. She uses the principals that she learned in B school to present herself as a brand and walking business. The former Seminole is a highly emancipated actress, turned Hollywood's next "It Girl" and Hollywood is taking note.

KJ hopes that one day she will be invited to return to her alma mater to speak to those who aspire to enter the acting world.

She is an enthusiastic supporter of the cerebral palsy foundation as a nod to her father.

5. I Left My Girlfriend for Regina Jones (2018)
View all Khaneshia 'KJ' Smith movies

1. It's Always Sunny in Philadelphia

2. It's Always Sunny in Philadelphia

texan posted a comment on this image 1 year, 8 months ago

EatMorePez voted for an image 3 years, 5 months ago