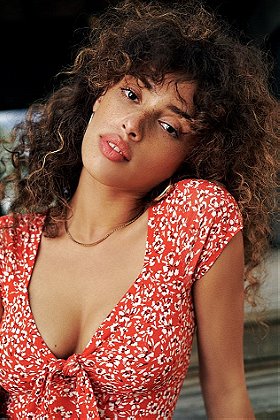 1 vote
View all Khadijha Red Thunder pictures
Model and actress who has appeared in editorials in Allure, Vogue, Interview, Harper's Bazaar Russia and others. She was featured on the cover of Styleby Magazine in January 2017. She made her acting debut in the romantic drama After (2019). She is of Spanish, Native American and African-American descent.
Tags: Model (1), Actress (1)
My tags:

emberlin voted for an image 1 month, 4 weeks ago

logymw added this to a list 1 month, 4 weeks ago
Gorgeous Actresses (1307 person items)