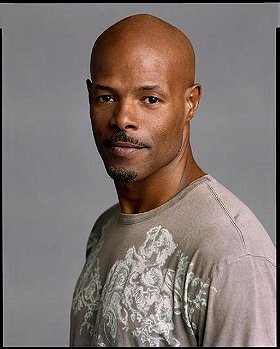 73 votes
Celebrities I have Seen, Met or Befriended (158 items)
list by Stehako
Published 12 years, 9 months ago

Wayans was born in Harlem, New York, the son of Elvira, a homemaker and social worker, and Howell Wayans, a supermarket manager, devout Jehovah's Witnesses. [Link removed - login to see] Marlon Wayans - TIME] He attended college at Tuskegee University; however, he dropped out in his senior year to pursue a career in comedy. Wayans is a member of Alpha Phi Alpha, the first intercollegiate Greek-letter fraternity established for black men. Wayans is one of several Wayans family members who have become famous in Hollywood, including his younger siblings Damon, Kim, Shawn, and Marlon. Wayans is a vegetarian and a supporter of animal rights group, PETA. He married in June 2001. In 2004, Wayans and wife Daphne separated and have formally filed for divorce. They have five children together named Jolie, Nala, Keenen Jr., Bella and Daphne Ivory. He is the cousin of Craig Wayans and uncle of Damon Wayans, Jr., Michael Wayans, Cara Mia Wayans, Kyla Wayans, and Damien Dante Wayans.

2. Don't Be a Menace to South Central While Drinking Your Juice in the Hood

2. Don't Be a Menace to South Central While Drinking Your Juice in the Hood

5. Don't Be a Menace to South Central While Drinking Your Juice in the Hood
View all Keenen Ivory Wayans movies (5 more)

omnivorousrex added this to a list 1 year, 10 months ago
Tribute...Black directors...Behind the camera (79 person items)