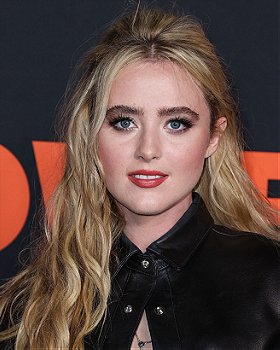 294 votes
Most Beautiful Women in the World...Today! (1755 items)
list by Avid Admirer
Published 8 years, 8 months ago

Newton was born in Orlando, Florida, and is the only child of Robin and David Newton. She started her career at age four, making her television debut on the soap opera All My Children, playing Colby Marian Chandler from 2001 to 2004. Meanwhile, she also starred in two short films, Abbie Down East (2002) and Bun-Bun (2003). In 2008 Newton was cast in the role of Louise Brooks in the CBS television series Gary Unmarried. When she was twelve, her family moved to Los Angeles, where she attended the Notre Dame High School.

In 2010 Newton won two Young Artist Awards for "Best Performance in a TV Comedy Series" and "Best Performance in a TV series (Comedy or Drama)" for Gary Unmarried. Newton played the role of Chase Rubin-Rossi in the 2011 film Bad Teacher alongside Cameron Diaz. She had the lead role, Alex, in the 2012 film Paranormal Activity 4, the fourth in the franchise, and won an award at the 34th Young Artist Awards for her performance in the film. Beginning in season 10, she had a recurring role as Claire Novak on Supernatural. In 2017, Newton appeared in the HBO series Big Little Lies based on the Liane Moriarty novel of the same name. She also had major roles in the films Three Billboards Outside Ebbing, Missouri and Ben Is Back. In both unrelated films, she played the sister of Lucas Hedges' character.

1. Ant-Man and the Wasp: Quantumania

2. The Map of Tiny Perfect Things

5. Ben Is Back
View all Kathryn Newton movies

RevelationEques posted a image 1 week ago

lookleft2 voted for an image 1 week, 2 days ago

asbro voted for an image 2 weeks, 6 days ago

psow voted for 3 images 3 weeks ago

Look Left voted for an image 4 weeks, 1 day ago

bcarol voted for 7 images [View All] 1 month ago

ressan voted for 3 images 1 month ago

rpm3rd voted for an image 1 month ago

celebped added this to a list 2 months, 1 week ago
The Most Beautiful: 2022 Edition (20 person items)

thedon voted for an image 2 months, 2 weeks ago