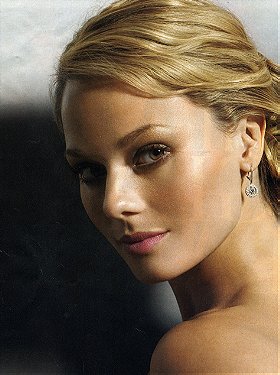 Was nominated for Broadway's 2001 Tony Award as Best Actress (Featured Role - Musical) for a revival of "42nd Street."

Actress Meredith Patterson understudied Kate in the musical, "42nd Street", on Broadway (2001). Meredith took over the role 3 months after opening in August 2001, then Kate ended up replacing Meredith in August 2002.

SomeBloke voted for an image 4 months, 3 weeks ago

dvirgueza voted for an image 4 years, 2 months ago

Kat M added this to a list 6 years, 1 month ago
Beautiful Girls Around the World (8846 person items)