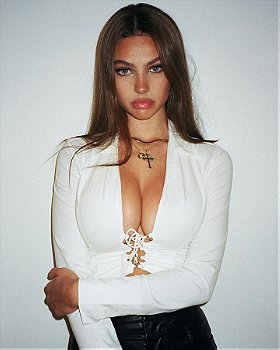 She is also known for her guest starring role in "Will & Grace" (2018) as "Brianna", directed by James Burrows (S09E13). She was featured in the film "Then Came You" (2020) directed by Adriana Trigiani and appeared in the feature film "Saturn Returns" (2017) directed by Shawn Tolleson.

In addition, she was a presenter for a children's network as well as being featured in numerous media and print campaigns.

loucamel voted for an image 1 week, 5 days ago

Bollyver voted for an image 4 weeks, 1 day ago