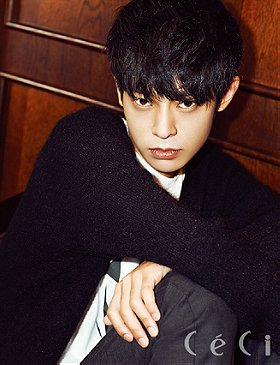 When he taught songs to the children with his guitar in Philippines at the age of seventeen, he started his dream to be a rock star. He went to South Korea at the age of 19 and assembled his own band "Flowermist" (later "Switch-on") and performed in amateur club theatres as well as busked on the streets in Japan. To achieve his goal of becoming a rock star he worked as a model and appeared on television.

Jung Joon-Young finished in third place on Superstar K4 and since then he has been doing concerts, TV and radio programs(as a guest or a host) and modeling for cars, clothes, games and N-screen. Since May 6th 2013, he has been DJing for MBC FM4U "Close Friend". ... (more) (less)
My tags: