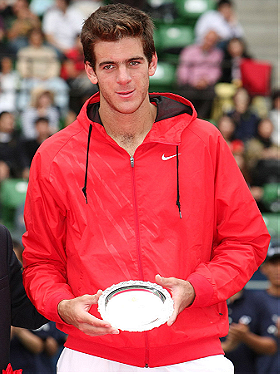 6 votes
My 150 favourites celebrities ever BY NIKI (141 items)
list by ria2u
Published 9 years, 5 months ago 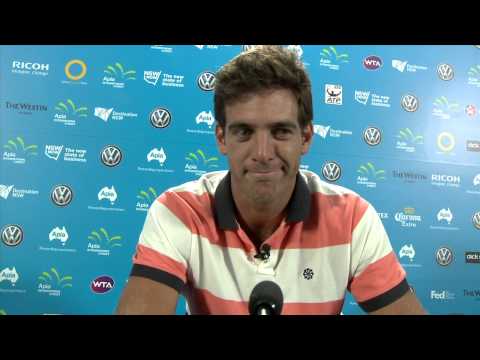 Del Potro achieved a top 10 ranking by the Association of Tennis Professionals for the first time on October 6, 2008. In January 2010, he reached a career-high ranking of World No. 4.

Having started playing tennis at the age of seven, del Potro won his first senior match in 2004 at the age of 15. In 2008, he became the first player in ATP history to win his first four career titles in as many tournaments. He also completed the second longest winning streak in 2008, and the second longest by a teenager in the Open Era, behind Rafael Nadal—with his winning sequence spanning 23 matches over five tournaments.

Del Potro captured his maiden Grand Slam title at the 2009 US Open defeating Roger Federer in the final, and Nadal in the semifinal, becoming the first man ever to beat both Federer and Nadal in the same Grand Slam. He became the second Argentine and the fifth youngest man to win the US Open title in the Open Era. ... (more) (less)
Tags: Athletes (1), Argentina (1), Male (1), ATP (1), Nicked Named Delpo (1), Professional Tennis Player (1)
My tags:

MA7AMAD added this to a list 3 years, 10 months ago
Best Athletes (24 person items)

CitizenErased added this to a list 4 years, 7 months ago

ria2u added this to a list 5 years, 4 months ago
My 150 favourites celebrities ever BY NIKI (141 person items)

CitizenErased added this to a list 5 years, 5 months ago
My Favorite Sportsmen (12 person items)

CitizenErased rated this 8/10 5 years, 9 months ago