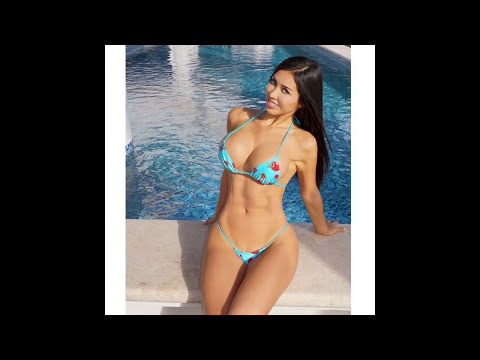 Born in Anaheim, California, and raised in Lake Elsinore, Cano first started modelling at the age of 17 for local magazines.

In 2014, she gained notoriety by being on the cover of the Lowrider magazine. Cano was also featured in World Star Hip Hop's Valentine's Day Special video. During the summer of that year she portrayed Gerardo Ortiz's girlfriend in the Music Video for his single Y me besa.

In 2015, she was featured in the Hot Bike motorcycle magazine.

In 2016, Cano was featured on the Sports Illustrated website as one of the Lovely Ladies of the day.

In 2018, Cano launched her own line of Swimwear. In recent years, Cano has gained notable popularity through the use of social media.

Due to her popularity on social media some Hispanic media have nicknamed Cano "The Mexican Kim Kardashian".

Her Instagram profile has over 13 million followers. She had two children.

probiotico voted for 13 images [View All] 3 weeks, 5 days ago

Nobody Important rated this 10/10 2 months ago

sh56 voted for an image 9 months ago

hollywoodparis rated this 10/10 11 months ago

dvirgueza added this to a list 1 year, 7 months ago
Planet Hot (2083 person items)

Blutarski voted for an image 1 year, 9 months ago

radigast voted for an image 2 years, 8 months ago