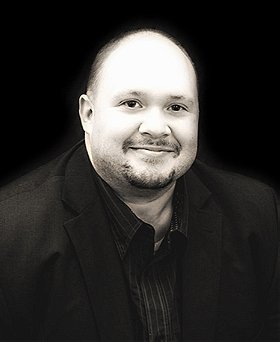 Jon has been a professional voice artist since 2009. He also narrates real trailers and voices characters in movies and games. Some of his voice roles include Torch Man in the game Mega Man 11, Council Spokesperson in the game XCOM, and Shockwave/Soundwave in the film Bumblebee. ... (more) (less)
Tags: Who's There? (1), Jon Bailey (1), Howlin' For Ya (1)
My tags:

5. How It Should Have Ended
View all Jon Bailey TV

voiceactors added this to a list 2 years, 5 months ago
Voice-Actors (30 person items)

voiceactors added this to a list 2 years, 5 months ago
English-Voice-Over-Actors (30 person items)