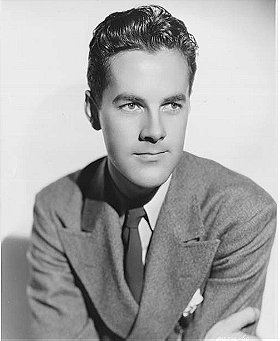 Following his stint with Our Gang, Downs stayed with the short-subject series until 1927, appearing in twenty-four two-reelers in various roles. He honed his dancing and singing skills on the vaudeville stage, working prominently on Broadway until returning to Hollywood in 1934. Downs became a fixture of the "college musical" movie cycle of the late 1930s, usually cast as a team captain or a cheerleader. His movie career declined just after he returned to Hal Roach to star in a 45-minute streamliner feature, All-American Co-Ed. From then on he mainly walked the boards in vaudeville, summer stock, and one solid Broadway hit ("Are You With It"). One of his outstanding cameo appearances is his performance in Rhapsody in Blue where he dances to Robert Alda's piano playing of "Swanee". Downs made a short comeback in doing bit parts in the early 1950s. Despite never making it big, he has almost 100 movie credits to his name.

In the 1950s and early 1960s he hosted a local, after-school kids' television show, The Johnny Downs Show on Channel 10 "KOGO" (call letters) in San Diego, California (KOGO was KFSD prior to 1961). The theme started out as an airport hangar with Downs playing a former World War II, "Johnny Jet". In between reruns of The Little Rascals, Downs entertained and informed his studio audiences and his viewers. After that, it was trains, and he could be seen getting off or on a locomotive at the start and end of a show. As the show changed to feature more Popeye cartoons, his theme changed from being a train engineer to being a boat captain at the San Diego harbor. As one of the show's frequent sponsors was a local dairy (Golden Arrow Dairy), Downs was regularly featured as a superimposed miniature dancer on top of an old-style milk bottle. Regardless of the theme, Johnny Downs was always a big star to the kids of the area and was always a draw when he appeared at contests, festivals, parades, or other events.

Kids were welcome to come to the KOGO studio and watch the program being broadcast, and when the show ended, Johnny would wave to the viewing room, and the visitors would go into the studio. He would let kids put on his coat and cap and mimic his opening "Howdy, howdy, howdy! Good to see ya! Good to see ya!" Play games, and get toys and candy. A popular place to go on birthdays. There was briefly a morning show wherein he invited students to come and compete in math quizzes. During this time, Johnny appeared as the Tin Woodsman in the San Diego Starlight Bowl production of "Wizard Of Oz'.

He also worked out of a Real Estate company in nearby Coronado, Calif.

3. The Girls of Pleasure Island

Mikey Ross added this to a list 4 years, 7 months ago