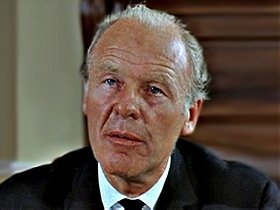 1 vote
View all John Horsley pictures
John made his acting debut at the Theatre Royal, Bournemouth. After spending a year in various reps. including Hastings, Watford and Eastbourne, he was conscripted into the Devon Yeomanry during the war and served in Italy and Sicily, but contracted hepatitis. He then became a member of the Army Bureau For Current Affairs - Play Unit, touring England, France and Germany. He then spent many years in theatre, before branching out into films and starring alongside David Niven and John Mills. He has also appeared in many TV roles.
Tags: Born 1920 (1), Died 2014 (1)
My tags:

5. The Doctor and the Devils (1985)
View all John Horsley movies