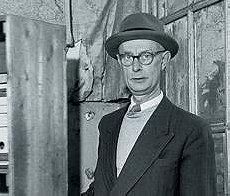 Kleiman was born in Koog aan de Zaan, Netherlands and met Otto Frank in 1923, when he was trying to establish a branch of the Michael Frank Bank in Amsterdam. Kleiman was registered as a proxy for the bank in May 1924 and given full powers in December of that year when the bank went into liquidation. He was hired by Frank as a bookkeeper for Opekta and Pectacon in 1938, but had become a close friend from about 1933, when the Frank family fled to the Netherlands to escape Nazi persecution in Germany.

Johannes Kleiman became a member of the board of Opekta and the company was established at his home address for the next five months until it moved to Prinsengracht 263 at the end of 1940. Johannes Kleiman officially joined as bookkeeper for both Opekta and Pectacon, with Victor Kugler and secretary Bep Voskuijl for Pectacon, and Otto Frank and his secretary Miep Gies for Opekta.

In August 1944 he was arrested with Victor Kugler by the Gestapo after an unknown informant alerted the authorities to their aiding and concealment of Jews in the premises on the Prinsengracht. After interrogation at the Gestapo Headquarters he and Kugler were transferred to a prison on the Amstelveenseweg for Jews and 'political prisoners' awaiting deportation. He was imprisoned in the Amersfoort labour camp before he was released by special dispensation of the Red Cross, due to ill-health. In all, he was a prisoner of the Nazis for about six weeks.

After the publication of Anne Frank's diary, which detailed her two years in hiding, Kleiman regularly took journalists and visitors around the former hiding place, which had been vacated in the early 1950s. He became very involved in the establishment of the Anne Frank Foundation on 3 May 1957 but did not live to see the building open as a museum in 1960. He died, behind his desk, on 28 January 1959.