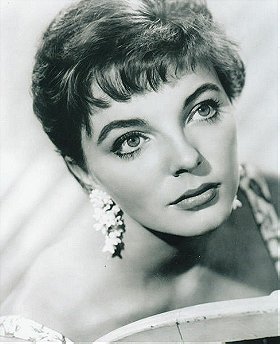 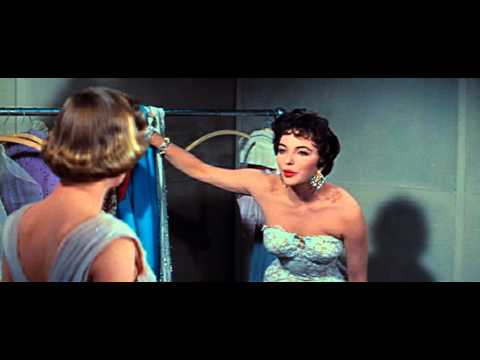 The Opposite Sex - Clip 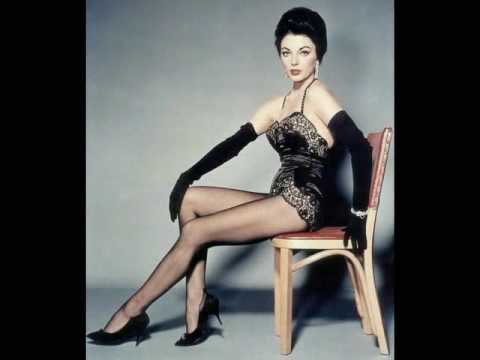 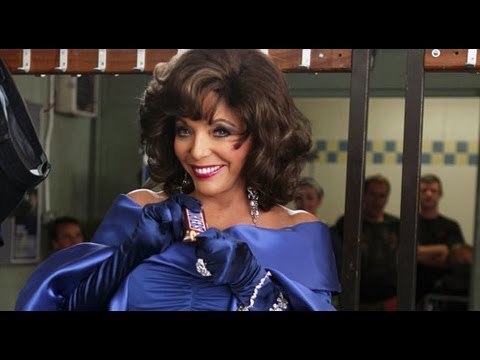 Collins was the daughter of talent agent Joseph William Collins (1902-1988) and his wife, dance teacher Elsa Bessant, (1906-1962). Joseph was born in South Africa, and had Jewish descent. As a talent agent, his most famous clients were Shirley Bassey, the Beatles and Tom Jones. Elsa was born in the United Kingdom, to an Anglican family.

Collins was educated at Francis Holland School in London, an independent day school for girls. She made her theatrical debut c. 1942, as a child actress. She had a role in a performance of the play "A Doll's House" (1879) by Henrik Ibsen (1828-1906). In 1949, Collins started training as an actress at the Royal Academy of Dramatic Art (RADA) in London. In 1950, she signed a contract with a British film studio, the Rank Organisation of businessman Joseph Arthur Rank, 1st Baron Rank (1888-1972).

Collins made her film debut in the short film "Facts and Fancies" (1951), and her feature film debut in "Lady Godiva Rides Again" (1951), where she played an unnamed Beauty Queen Contestant. She had supporting roles as the Greek maid Marina in "The Woman's Angle" (1952) and gangster's moll Lil Carter in "Judgment Deferred" (1952).

Collins had her big break when cast as juvenile delinquent Norma Hart in prison drama "I Believe in You" (1952). She was hailed as Britain's new "bad girl" and started being offered high-profile roles in British films. The next stage in her career started when cast as Princess Nellifer of Egypt in the historical epic "Land of the Pharaohs" (1955), an international production . While the film was not successful at the box office, it became a cult classic and Nellifer was one of Collins' most recognizable roles. Studio executive Darryl Francis Zanuck (1902-1979) was sufficiently impressed to offer Collins a 7-year-long contract with American studio 20th Century Fox. Collins took the offer.

Collins' first American film was the historical drama "The Virgin Queen" (1955), where she shared the top-billing with established stars Bette Davis and Richard Todd. Collins then played the leading role of actress Evelyn Nesbit (1884/1885-1967) in the biographical film "The Girl in the Red Velvet Swing" (1955). The role was intended for established actress Marilyn Monroe, but Collins replaced Monroe based on a studio decision.

Collins was placed on loan to studio Metro-Goldwyn-Mayer for her next role, that of gold digger Crystal in "The Opposite Sex" (1956). She received the top billing in the refugee-themed film "Sea Wife" (1956), and enjoyed box-office success with the interracial-love themed drama "Island in the Sun" (1957). In the drama film "The Wayward Bus" (1957), Collins received top-billing over her co-star Jayne Mansfield. Her next films included the spy thriller "Stopover Tokyo" (1957), the Western "The Bravados" (1958), the comedy "Rally Round the Flag, Boys" (1959), the caper film "Seven Thieves" (1960), and the biblical epic Esther and the King (1960).

By 1960, Collins was one of 20th Century Fox's biggest stars, but she demanded a release from her studio contract. She had campaigned for the title role in the upcoming production of "Cleopatra", but the studio chose to cast Elizabeth Taylor in the role. Collins felt slighted. As a freelance actress for most of the 1960s, Collins had few film roles. Among her most notable roles was playing the leading lady in "The Road to Hong Kong" (1962), the last film in the long-running series "Road to ...". The male leads for the entire series were Bing Crosby and Bob Hope, but their usual leading lady Dorothy Lamour was considered too old for the role. Collins replaced Lamour.

Collins started appearing frequently on television guest star roles. Among her most notable television roles was the villainous Siren in "Batman", and pacifist spokeswoman Edith Keeler in "Star Trek: The Original Series". Collins played in only one episode of Star Trek, the time-travel episode "The City on the Edge of Forever" (1967). However the episode is regarded among the best episodes in the entire Star Trek franchise, with Collins considered one of the most memorable guest stars in the original series.

In 1970, Collins returned to her native United Kingdom. She started appearing frequently in British thriller and horror films of the decade. Among her films was revenge-themed drama "Revenge" (1971),science fiction film "Quest for Love" (1972), horror anthology "Tales from the Crypt" (1972), psychological horror "Fear in the Night" (1972), thriller "Dark Places", horror anthology "Tales That Witness Madness" (1973), and horror film "I Don't Want to Be Born" (1975).

Collins appeared in a few comedies in-between horror films, but none was particularly successful. She returned to the United States in order to play a role in the giant monster film "Empire of the Ants" (1977). She then returned to mostly appearing in thriller roles. She was catapulted back to stardom with the lead role of nymphomaniac Fontaine Khaled in the erotic drama "The Stud" (1978), an adaptation of a novel written by her younger sister Jackie Collins. The film was a surprise box office hit, earning 20 million dollars at the worldwide box office. Collins returned to the role of Fontaine in the sequel film ''The Bitch'' (1979), which was also a hit.

Collins found herself in high demand in both stage and film. But she gained more notoriety with the television role of Alexis Carington in "Dynasty". She started appearing in the role in the second season of the soap opera. Her performance is credited with the subsequent rise of the show's Nielsen's ratings. She became a household name, and received a star on the Hollywood Walk of Fame in 1983.

By 1985, "Dynasty" was the number-one show in the United States, beating out rival soap opera "Dallas". Collins was nominated six times for a Golden Globe Award for her role, winning once in 1983. She was also once nominated for an Emmy as Best Actress in a Drama Series. Collins was viewed as a sex symbol at the time, and in 1983 appeared in a 12-page photo layout for Playboy magazine. She was 50-years-old, unusually old for a Playboy model.

Collins appeared in a total of 195 episodes of "Dynasty". The series was canceled with the last episode of its 9th season, due to falling ratings. New ABC entertainment president Bob Iger (1951-) is credited with ending the series as soon as possible. The show had a cliffhanger ending, and several of its subplots were not resolved. Collins returned to the role of Alexis in the sequel mini-series "Dynasty: The Reunion" (1991). The miniseries only lasted for 2 episodes, but resolved several subplots and was a ratings hit.

Throughout the 1990s., Collins returned to guest star roles in television. She appeared in (among others) "Roseanne", "Egoli: Place of Gold", and "The Nanny", She had the recurring role of Christina Hobson in the short-lived soap opera "Pacific Palisades" (1997). She appeared in 7 of its 13 episodes. Collins' next notable soap opera role was that of so-called "rich bitch" Alexandra Spaulding in 2002 episodes of the long-running series "Guiding Light". Collins was the third actress to play this role. following Beverlee McKinsey and Marj Dusay.

In film, Collins played Pearl Slaghoople, Wilma Flintstone's mother, in "The Flintstones in Viva Rock Vegas" (2000). It was the second live-action film based on the popular animated series "The Flintstones". In 2006, Collins toured the United Kingdom with "An Evening with Joan Collins", an one-woman show where she narrated the highs and lows of her career and life. She later toured the word with both this show and its sequel "Joan Collins Unscripted".

Collins had a notable guest star-role as Ruth Van Rydock in the television film "Agatha Christie's Marple: They Do It with Mirrors" (2009). The film was an adaptation of the 1952 novel by Agatha Christie, where Ruth is an old school friend of Jane Marple, who assigned Jane to investigate a home for juvenile delinquents.

Collins played herself in three episodes of the sitcom "Happily Divorced" (2011-2013). She had the recurring role of Crystal Hennessy-Vass in the sitcom "Benidorm" (2007-2018). She had another recurring role as Alexandra, Grand Duchess of Oxford in the soap opera "The Royals" (2015-2018).

Collins had two different roles in the horror anthology series "American Horror Story". She played wealthy grandmother Evie Gallant, and witch Bubbles McGee. She appeared in a total of four episodes in 2018.

By 2020, Collins was 86-years-old. She has never retired from acting, and she continues to appear in new roles.

1. This Is Joan Collins

Kandi voted for an image 3 days, 2 hours ago

PulpRoman voted for 23 images [View All] 4 weeks ago

lovedriver voted for 9 images [View All] 2 months, 3 weeks ago

Kandi voted for an image 3 months, 1 week ago 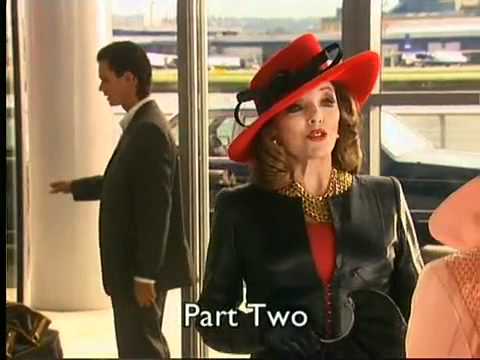 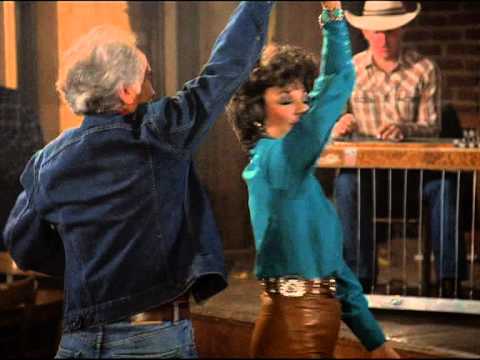 amorginos voted for 23 images [View All] 3 months, 4 weeks ago

Kandi voted for an image 4 months, 1 week ago

Kandi voted for 6 images [View All] 4 months, 2 weeks ago

Campagnola posted a image 5 months ago

looksharp voted for an image 8 months, 1 week ago

PulpRoman voted for an image 8 months, 2 weeks ago

chuckbb voted for an image 10 months, 1 week ago