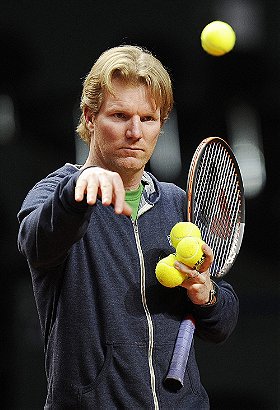 View all Jim Courier pictures
James Spencer "Jim" Courier, Jr. (born August 17, 1970) is an American former World No. 1 professional tennis player. During his career, he won four Grand Slam singles titles, two at the French Open and two at the Australian Open. He holds the record for being the youngest man to have reached the finals of all four Grand Slam singles tournaments, at the age of 22 years and 11 months. He also won five Masters 1000 series titles. Until Novak Djokovic in 2016, Courier was the last man to win both the Australian and French Opens in the same calendar year.
My tags: