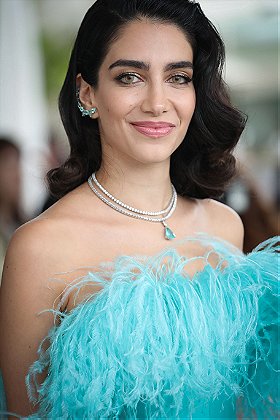 47 votes
To 'Elle and Back (89 items)
list by TrekMedic
Published 8 years, 5 months ago

29 votes
The Song of The Siren (100 items)
list by TrekMedic
Published 2 years, 2 months ago

Jessica won her first beauty pageant at the age of 17 years old in Sydney, Australia on May 2007. She was crowned Miss Lebanon Australia 2007 and was the first Lebanese Australian to subsequently win Miss Lebanon World 2008 in the following year. The pageant, held in Batroun Village Club, Lebanon, on 14 August 2008 featured 31 contestants with Lebanese origin from around the world. In November, she represented Lebanon in Miss International 2008, where she placed in the Top 12. Recently, Jessica was voted as the most likely contestant to win the Miss Lebanon 2010 pageant, with local and international media on her side. However, due to political and religious interferences, she finished third runner-up with Rahaf Abdallah taking the crown with scores lower than Kahawaty.

Jessica has studied a combined degree of Bachelor of Laws and Business with a major in Finance in Sydney. In her acting career, she has filmed various commercials for known brands such as Maybelline Cosmetics for India and Lexus cars for Australia. She has also been featured in major catwalks, magazines and photo-shoots around the world.

While focusing on her career, Kahawaty also aids in community service and conducts her own charity events. Upon her reign in 2007, she raised thousands of dollars for charities in both Australia and Lebanon most notably Lilla community and Charity:water. ... (more) (less)
Tags: Australian (2), Raven Haired (1), Lebanese (1), Australia (1), Beauty Queen (1), Brunette (1), Aussie (1)
My tags:

dougcampbell rated this 9/10 3 months ago

Kandi voted for 24 images [View All] 1 year ago

Kandi voted for 6 images [View All] 1 year ago

TrekMedic added this to a list 1 year, 7 months ago
The Song of The Siren (100 person items)

Akirah added this to a list 1 year, 8 months ago
Lebanese & Lovely (31 person items)

Kandi voted for 9 images [View All] 3 years ago