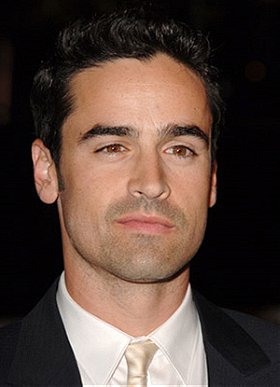 126 votes
They talk with their eyes (100 items)
list by jeffpsych
Published 11 years, 5 months ago

Born in Connecticut on May 28, 1979, Jesse Bradford made his first business contacts through his mother, who was a commercial actress. After appearing in a number of commercials, Jesse Bradford got his next big break with a role on the TV soap opera The Guiding Light, and made his screen debut playing Robert De Niro's son in Falling in Love (1984). Following with more TV work, Jesse Bradford appeared as the offspring of yet another screen icon, this time as Harrison Ford's son in Presumed Innocent (1990). More substantial work soon came the young actor's way, first in The Boy Who Cried Bitch (1991), a little-seen drama in which Jesse Bradford played the younger brother of a teenaged sociopath; then in Steven Soderbergh's acclaimed King of the Hill (1993), in which Jesse Bradford starred as a young boy forced to fight for his own survival in Depression-era St. Louis. The latter role brought him a number of positive notices and Hollywood attention; another starring role in Far From Home: The Adventures of Yellow Dog (1995) followed, as did the sizable part of Balthasar in Baz Luhrmann's celebrated William Shakespeare's Romeo + Juliet (1996).

Jesse Bradford also earned sizable acclaim for his portrayal of the adopted French son of an American couple (Kris Kristofferson and Barbara Hershey) in James Ivory's A Soldier's Daughter Never Cries (1998). Made the same year that the actor enrolled at Columbia University, the film was held in high regard by a number of critics who pointed to its ensemble acting as one of its major strengths. Jesse Bradford's increasing recognition as an actor was reflected by his subsequent casting as a Clash-loving indie-rock boy with a weakness for his high school's head cheerleader in Bring It On, Peyton Reed's giddy, teen, cheerleading comedy. It wasn't long before Jesse Bradford stepped into the lead, and with his role in the teen time-travel thriller Clockstoppers (2002) the promising young actor did just that. Though Clockstoppers was little more than a moderate success at the box-office, Jesse Bradford ventured into Fear (1996) territory while being stalked by Erica Christensen in the teen /thriller Swimfan. ... (more) (less)
Tags: American (2), Actor (2), Child Actor (1), Male (1), U (1), Born 1979 (1), Born In 1979 (1)
My tags:

2. The Year of Spectacular Men