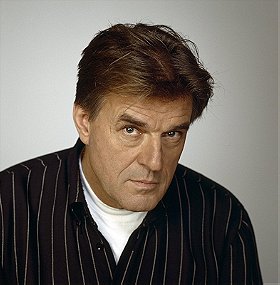 30 votes
They were contenders for these roles (468 items)
list by cudion
Published 8 years, 6 months ago

That led Krabbé to work in English-language movies such as John Irving's Turtle Diary with Glenda Jackson, Jumping Jack Flash and the James Bond thriller The Living Daylights.

Krabbé continued to demonstrate his range and diversity with his roles in the romantic comedy Crossing Delancey and Chris Menges' award-winning story of South Africa, A World Apart.

Other memorable roles include that of Barbra Streisand's unfaithful husband in The Prince of Tides and opposite Harrison Ford in The Fugitive. Additional film credits include No Mercy, Scandal, Steven Soderbergh's Kafka and King of the Hill, Immortal Beloved with Gary Oldman and Isabella Rossellini and The Disappearance of Garcia Lorca.

Krabbé's work in television includes roles in the HBO movie Stalin, The Odyssey directed by Andrei Konchalovsky and his portrayal of Satan in the CBS movie Jesus.

The son and grandson of artists, Krabbé is also a painter whose work has been shown in the Netherlands, England and the United States. In 1998, Krabbé made his directorial debut with Left Luggage, in which he also starred with Isabella Rossellini and Maximilian Schell.

"Soldier of Orange The Fourth Man"