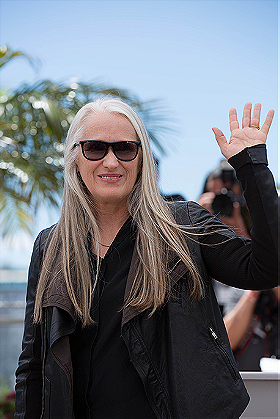 251 votes
Around the world with Listal's members (105 items)
list by johanlefourbe
Published 10 years, 11 months ago

Campion studied Anthropology at Victoria University in Wellington and then painting at both Chelsea School of Arts in London and Sydney College of the Arts. While at the Australian Film and Television School, Campion completed three shorts films, Peel, A Girls Own Story and Passionless Moments co-authored with friend Gerard Lee. Peel won the Palme d'Or at Cannes. Sweetie, co-written by Gerard Lee, was her first feature film, followed by An Angel At My Table and The Piano, which won the Palme d'Or at the Cannes Film Festival in 1993, as well as eight Oscar nominations and three Oscars including Best Screenplay (for Campion) in 1994. Subsequent features were Portrait Of A Lady, Holy Smoke, co-written with Anna Campion (currently being adapted for the stage) and In The Cut. Bright Star is the first feature after Campion's four-year break from 2003 – 2007 and is written by Campion from an original idea. Campion is currently in development with 2B Films, Pathé and Screen Australia to make Runaway, an adaptation of an Alice Munro story. ... (more) (less)
Tags: Writer (3), Director (3), Female (2), Mentor (1), Casting Director (1), Camera Operator (1), Script Advisor (1), Cinematographer (1), Born 1954 (1), 06 (1), Lyricist (1), Film Director (1), 08 (1), Cannes (1), Screenwriter (1), U (1), Producer (1), Oscar Winner (1), Editor (1), Actress (1)
My tags:

CD Smiles added this to a list 4 years ago

"Priority 2 Friends An Angel at My Table"

moviebuff added this to a list 5 years, 7 months ago
Most Influential Filmmakers (47 person items)