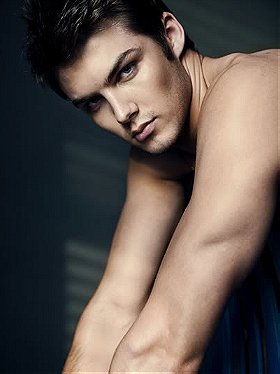 Madden was first discovered at age 17 when he entered the "Ford Model/VMan" search in which he was selected as a finalist and was chosen as the co-winner.

Madden hit new heights in February 2009 when he became an exclusive for the "Calvin Klein" NY show. Since joining CK, his modeling career quickly gained momentum with appearances in several magazines including "Vogue Hommes Japan", "V Man" and "Polaroids".

His other career goals besides modeling is to go to college and get a degree in athletic training. He also wants to become a college basketball coach. ... (more) (less)
Tags: Male Model (1), Born In 1991 (1), Most Beautiful Men On Earth (1)
My tags:

IsBaltazarToscano rated this 6/10 3 years, 1 month ago

matt voted for 12 images [View All] 5 years ago