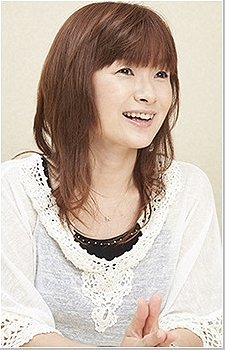 View all Ikue Ootani pictures
Japanese actress, voice actress and narrator from Tokyo. She is best known for her anime roles in the Pokémon series (as Pikachu), One Piece (as Tony Tony Chopper), Corpse Party (as Sachiko Shinozaki), Naruto (as Konohamaru Sarutobi), Detective Conan (as Mitsuhiko Tsuburaya), Smile PreCure! (as Candy), Uchi no Sanshimai (as Fu), Konjiki no Gash Bell (as Gash), and Persona 5 (as Morgana). She is attached to Mausu Promotion. Her pet name is "Iku-chan". She is known for playing both male and female roles, and sometimes plays multiple roles in one production. She is a native of Tokyo, but grew up in Niigata Prefecture.
Tags: Japanese (1), Pokemon (1), One Piece (1), Voice Actor (1), Pikachu (1), Chopper (1)
My tags:

Muzui added this to a list 8 months, 2 weeks ago
Seiyuus (118 person items)