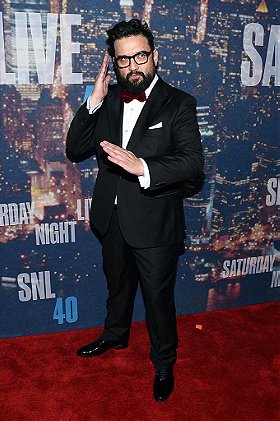 When he joined the cast of Saturday Night Live (1975) as a featured player at the beginning of the 24th season (September 26, 1998), he became the long-running sketch comedy show's first Latino cast member. He appeared along with fellow featured players Jimmy Fallon and Chris Parnell, and after only one season, the three were promoted to cast members. On the show, Horatio played the characters Frankie Hilbert on the sketch "Boston Teens", pothead Gobi on the recurring sketch "Jarret's Room", and A/V teacher Mr. Banglian on "Wake Up, Wakefield."

Horatio has had many minor but memorable roles in movies since 1994. However, his big break came in 2003 with his first starring role in the movie Boat Trip: Este barco es un peligro (2002), in which he appeared along with Cuba Gooding Jr. and Vivica A. Fox. He continued to star on Saturday Night Live (1975) until 2007.