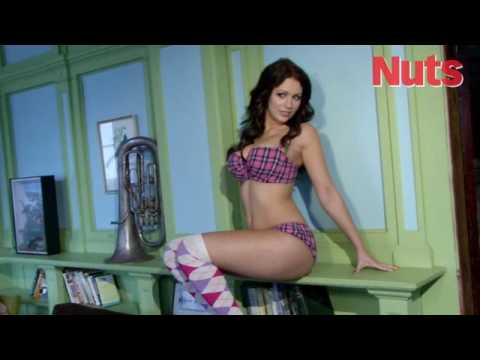 Peers was the highest new entry in "Nuts 100 Sexiest Babes 2010" at No. 6. She is a fan of Manchester City and appears in the team's T-shirt as a soccerette on Soccer AM.

Holly Peers is one of the most famous additions to the glamour family. After her first shoot for Nuts Magazine, she became one of the most requested models. Until now, she’s still popular. She’s probably the “best newbie” so far since she appeared in Loaded and Page 3. She began posing in December 2009 and is loved mostly for her near-perfect figure and her large natural breasts. She signed with Nuts after a nice entry in January 2010 and became a favourite among the fans of Page 3 any other magazines like Front. In my opinion, she’s one of the hottest models. She’s incredibly adorable with that cute smile, not forgetting her lovely bright eyes and pretty hot with those fantastic breasts. She’s definitely a true bombshell babe!

paysdumonde rated this 10/10 3 months ago

jerryspring rated this 8/10 1 year ago

psychedelicfun rated this 8/10 1 year ago

some_collector rated this 5/10 1 year ago