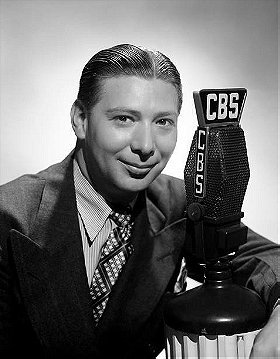 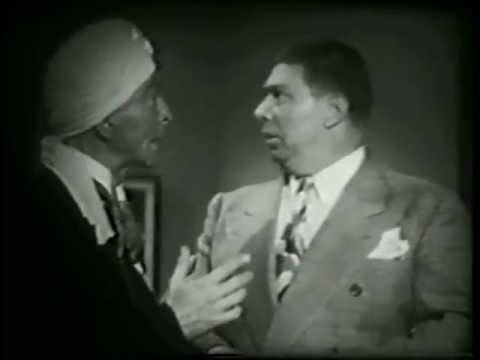 Von Zell decorated a number of films, owning a few prime buttoned-down support parts in both comedy--including The Strange Affair of Uncle Harry (1945), For Heaven's Sake (1950) and Son of Paleface (1952)--and dramas, such as The Guilt of Janet Ames (1947) and The Saxon Charm (1948). He was also front-and-center in a number of comedy shorts, usually playing himself. The name Harry Von Zell became a household word, while riding on the talented coattails of the husband/wife team of George Burns and Gracie Allen in their classic TV sitcom The George Burns and Gracie Allen Show (1950). He played the hesitant, somewhat bewildered friend of the family, also serving as the program's announcer. In addition, he was with CBS in New York for six years and a TV network announcer for the likes of Eddie Cantor, Fred Allen, Phil Baker, Dinah Shore and Joan Davis over his long career. Following his retirement in the 1970s after some TV work including Bachelor Father (1957) and Perry Mason (1957) (he also once wrote and appeared on a Wagon Train (1957) episode), Von Zell was seen frequently at nostalgic functions. He died of cancer in 1981 at the age of 75 in Los Angeles. He was a posthumous inductee of the National Broadcasters Hall of Fame.

Famous for one of the all-time classic bloopers; "Ladies and gentlemen, the president of the United States, Hoobert Heever."
The huge blooper by Von Zell was not recorded at the time. It was recreated. Had Von Zell's mispronunciation occurred as the President was being introduced to an audience, it would have been highly embarrassing for the seasoned announcer. Von Zell's blooper occurred at the end of a brief presentation in honor of the President's birthday. While still embarrassing, it was not quite as mortifying as had President Hoover been in attendance.
He was awarded a Star on the Hollywood Walk of Fame for Radio at 6521 Hollywood Boulevard in Hollywood, California. ... (more) (less)
Tags: Writer (1), Radio (1), Actor (1), Cbs (1), Born 1906 (1), Died 1981 (1), Announcer (1)
My tags:

1. Where the Sidewalk Ends

1. Where the Sidewalk Ends