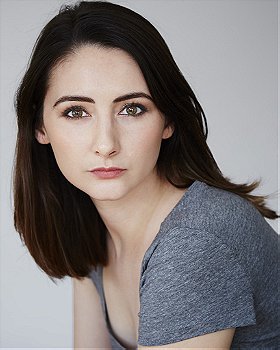 Hannah Taylor-Gordon is the daughter of Andrew and Clare Gordon. She is the eldest of their seven children. Taylor-Gordon has been acting since she was four years of age. Her first acting role was on the UK television series Casualty. Her first film role was in the 1993 movie The House of the Spirits. She is probably best known for playing Anne Frank in the 2001 ABC television movie Anne Frank: The Whole Story, which earned her nominations for both a Golden Globe and an Emmy Award. In 2006 she acted in the film The Fine Art of Love. She most recently performed at the High Tide writing festival in Suffolk. She studied Art History and Italian at University College London and trained at the New York method acting school Lee Strasberg Theatre and Film Institute in 2008 and is now studying at LAMDA.

irishblue voted for an image 6 years, 10 months ago