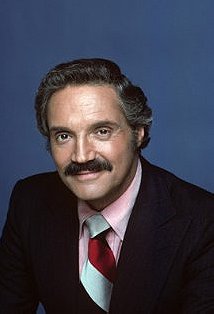 Hal's first Broadway show was in "Bells Are Ringing" where he understudied lead Sydney Chaplin in the role of Jeff Moss. During the 1960s, Hal accumulated more musical credits in "On a Clear Day You Can See Forever," "Subways Are for Sleeping," "The Apple Tree" and "The Pajama Game." He won the 1971 Tony award for his role in "The Rothschilds." This particular stage success led to a TV career that culminated in the title role on the popular Barney Miller (1974) sitcom. Emmy-nominated every year the program aired, Hal became a household name. Since that time, he has appeared in other lesser TV series including Blacke's Magic (1986), and Jack's Place (1992). He has held a secondary presence in such films as A New Life (1988) and Out to Sea (1997).

More musical leads such as "I Do! I Do!" and "The Pajama Game" came his way, along with dramatic pursuits in "I'm Not Rappaport" and "The Sisters Rosenzweig." Hal has also undertaken musical tours in his continuing role as clarinetist. He and wife Frances are avid golfers during their spare time. ... (more) (less)
Tags: American (1), Born 1931 (1), Still Living (1)
My tags:

Brian G added this to a list 3 years, 10 months ago