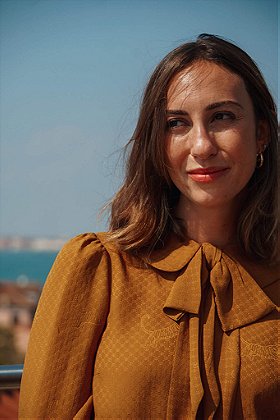 After befriending James Franco, Coppola was asked to adapt and direct his collection of short stories Palo Alto. She said she agreed to do the project because of how well she connected with the source material. When working on the film, she drew inspiration from films such as American Graffiti, Fast Times at Ridgemont High, The Outsiders, and The Virgin Suicides. Coppola insisted on working on the project without any help from her family, as she has stated that she "wants to find her own voice as a filmmaker". She collaborated with her teenage cast to write the script and make it as authentic as possible. Many parallels have been drawn between Coppola's debut and Sofia Coppola's The Virgin Suicides, in terms of the style and genre. ... (more) (less)
Tags: Italian-American (1), Bangs (1), Screenwriter (1), Film Director (1), American (1), Director (1), Actress (1), Born 1987 (1), U (1)
My tags:

1. The Godfather Family: A Look Inside

1. The Godfather Family: A Look Inside

Smiler1 voted for an image 11 months, 2 weeks ago

Ricky F voted for an image 2 years, 2 months ago

Emily voted for an image 3 years, 11 months ago