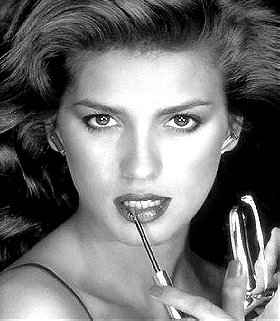 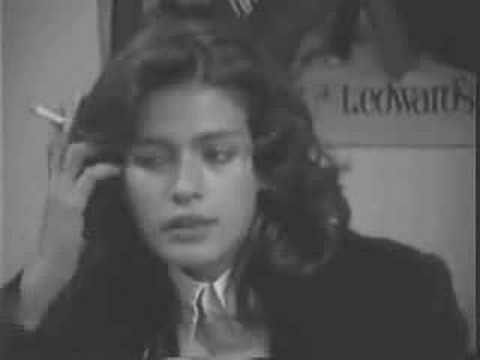 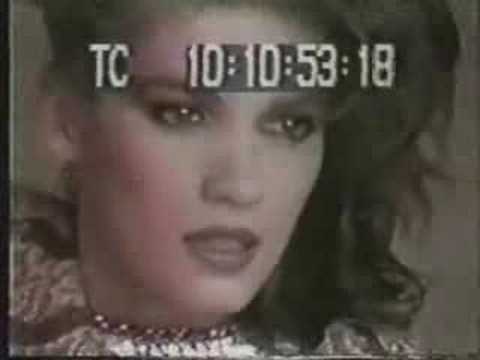 Carangi was born in Philadelphia, the third and youngest child of Joseph Carangi, a restaurant owner, and Kathleen Carangi (née Adams), a homemaker. She had two older brothers. Her father is Italian, and her mother is of Irish and Welsh ancestry. Joseph and Kathleen had an unstable, violent marriage, ultimately leading Kathleen to abandon the family when Carangi was eleven years old. Those who knew her blamed her "fractured childhood" for the instability and drug dependence that plagued her adult life. She was described as "needy and manipulative" by relatives who recalled her as spoiled and shy as a child and a "mommy's girl" who did not receive the motherly attention that she desired

In her adolescent years, Carangi found the attention she sought from other teenage girls, befriending them by sending flowers. While attending Abraham Lincoln High School, Carangi bonded with "the Bowie kids", a group of obsessive David Bowie fans who emulated Bowie's "defiantly weird, high-glam" style. Carangi was drawn to Bowie for his fashion preferences and his ambiguous gender play and outspoken bisexuality. One of Carangi's friends later spoke of her "tomboy persona," describing her relaxed openness about her sexuality as reminiscent of the character Cay in the 1985 film Desert Hearts. Carangi and her "bi-try Bowie-mad" friends hung out in Philadelphia's gay clubs and bars. Though she associated with the lesbian community, she did not want to take up "the accepted lesbian style".

After being featured in Philadelphia newspaper ads, Carangi moved to New York City at the age of 17, where she signed with Wilhelmina Models. Her first major shoot, published in October 1978, was with top fashion photographer Chris von Wangenheim, who had her pose nude behind a chain-link fence with makeup artist Sandy Linter. Carangi immediately became infatuated with Linter and pursued her, though the relationship never became stable. By the end of 1978, her first year in New York, Carangi was already a well-established model. Of her quick rise to prominence, described by Vogue as "meteoric," Carangi later said, "I started working with very good people, I mean all the time, very fast. I didn't build into a model, I just sort of became one."

Carangi was a favorite model of various fashion photographers, including Von Wangenheim, Francesco Scavullo, Arthur Elgort, Richard Avedon, Denis Piel, and Marco Glaviano. Well-integrated within the fashion world, she had the selection of several photographers, most notably Scavullo. Carangi was featured on the cover of many fashion magazines, including the April 1979 issue of Vogue UK, the April 1979 and August 1980 issues of Vogue Paris, the August 1980 issue of American Vogue, the February 1981 issue of Vogue Italia, and multiple issues of Cosmopolitan between 1979 and 1982. During these years, she also appeared in various advertising campaigns for high-profile fashion houses, including Armani, Christian Dior, Versace, and Yves Saint Laurent. At the height of her career, Carangi was most known in modeling circles by only her first name.

A regular at Studio 54 and the Mudd Club, Carangi usually used cocaine in clubs. After her agent and mentor, Wilhelmina Cooper, died of lung cancer in March 1980, a devastated Carangi began abusing drugs and developed an addiction to heroin. Carangi's addiction soon began to affect her work; she began having violent temper tantrums, walking out of photo shoots to buy drugs, and falling asleep in front of the camera. Scavullo recalled a fashion shoot with Carangi in the Caribbean when "she was crying, she couldn't find her drugs. I literally had to lay her down on her bed until she fell asleep." During one of her final location shoots for American Vogue, Carangi had red bumps in the crooks of her elbows where she had injected heroin. Despite airbrushing, some of the photos, as published in the November 1980 issue, reportedly still showed visible needle marks.

In November 1980, Carangi left Wilhelmina Models and signed with Ford Models, but she was dropped within weeks. By then, her career was in a steep decline. Modeling offers soon ceased and her fashion industry friends, including Sandy Linter, refused to speak to her, fearing their association with her would harm their careers. In an attempt to quit drugs, she moved back to Philadelphia with her mother and stepfather in February 1981. Carangi underwent a 21-day detox program, but her sobriety was short-lived. She was arrested in March 1981 after she drove into a fence in a suburban neighborhood. After a chase with police, she was taken into custody where it was later determined she was under the influence of alcohol and cocaine. After her release, Carangi briefly signed with a new agency, Legends, and worked sporadically, mainly in Europe.

In late 1981, although still struggling with drug abuse, Carangi was determined to make a comeback in the fashion industry and signed with Elite Model Management. While some clients refused to work with her, others were willing to hire her because of her past status as a top model. One of her first jobs was for Francesco Scavullo, who photographed her for the April 1982 cover of Cosmopolitan, her last cover appearance. Sean Byrnes, Scavullo's long-time assistant, later said, "What she was doing to herself finally became apparent in her pictures. ... I could see the change in her beauty. There was an emptiness in her eyes."

Carangi then mainly worked with photographer Albert Watson and found work modeling for department stores and catalogs. She appeared in an advertising campaign for Versace, shot by Richard Avedon. He hired her for the fashion house's next campaign, but during the photo shoot, in late 1982, Carangi became uncomfortable and left before any usable shots of her were taken. Around this time, Carangi enrolled in an outpatient methadone program but soon began using heroin again. By the end of 1982, she had only a few clients that were willing to hire her. Carangi's final photo shoot was for German mail-order clothing company Otto Versand in Tunisia; she was sent home during the shoot for using heroin. She left New York for the final time in early 1983.

As she had squandered the majority of her modeling earnings on drugs, Carangi spent the final three years of her life with various lovers, friends, and family members in Philadelphia and Atlantic City. She was admitted to an intense drug treatment program at Eagleville Hospital in December 1984. After treatment, she got a job in a clothing store, which she eventually quit. She later found employment as a checkout clerk and then worked in the cafeteria of a nursing home. By late 1985, she had begun using drugs again.

In June 1986, Carangi was admitted to Warminster General Hospital in Warminster, Pennsylvania, with bilateral pneumonia. A few days later, she was diagnosed with AIDS-related complex. On October 18, she was admitted to Hahnemann University Hospital. Carangi died of AIDS-related complications on November 18, 1986, at the age of 26, becoming one of the first famous women to die of the disease. Her funeral was held on November 23 at a small funeral home in Philadelphia. No one from the fashion world attended, mainly because no one knew about her death until months after she had died. However, weeks later, Francesco Scavullo, Carangi's friend and confidant, sent a Mass card when he heard the news. ... (more) (less)
Tags: Born 1960 (5), Beautiful (3), Model (3), American (2), Lesbian (2), Died 1986 (2), Supermodel (2), Model Known For High Fashion Not VS (2), Aids (2), Italian (2), American Model (2), Female (2), Gone Too Soon (2), Brunette (2), Smoker (2), Died Young (1), Underrated (1), Portrayed In Biopic (1), 1970s (1)
My tags:

burnodo voted for an image 1 month ago

franceitalie rated this 10/10 1 month ago

Nusch voted for an image 2 months, 2 weeks ago

panya voted for an image 6 months, 3 weeks ago

sinaia16 voted for an image 7 months, 2 weeks ago