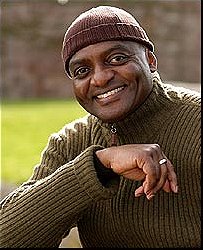 Harris is not only a film actor, but has also starred in many theatre productions at the National Theatre and Royal Court Theatre, as well as at many West End and regional theatres like the Royal Exchange in Manchester, Theatre Royal Bath. He was also directed by Harold Pinter at the Lincoln Center in New York City. His long and distinguished acting career that has seen him in musicals such as Hair (performing in Hebrew in the Israeli production), Jesus Christ Superstar (with the original London cast), and the Lloyd Webber–Rice Cricket. He has many credits as the leading actor in many BBC, independent television, and American television productions.

He has been acknowledged by the BBC Black Legends to be one of the inspirations for many present day performers.

3. Animated Tales of the World