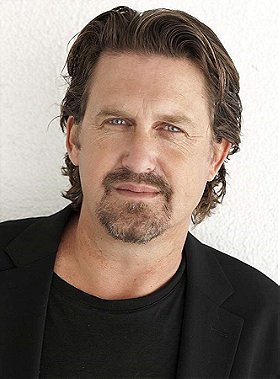 Blake was born in Baltimore, Maryland, the son of Marjorie Myers (née Lewis) and Avery Felton Blake. Blake's film credits include Contact, Young Guns, Forrest Gump, and Cast Away. He also voiced a character in FernGully: The Last Rainforest. Graduated from San Ramon Valley High School, Danville CA. Starred in "Oklahoma" in high school He had recurring roles in the television series Paper Dolls, Homefront, and Any Day Now. His notable television guest-starring roles include playing Arjin in the Star Trek: Deep Space Nine episode "Playing God", Strife in the Charmed episode "Apocalypse Not", and Dominic in the House episode "Lines in the Sand".

Blake is a graduate of the University of Southern California and a member of the Sigma Nu.

He recently guest starred in the In Plain Sight episode, "Whistle Stop" as an informant of the FBI to enter WitSec.
... (more) (less)
My tags: